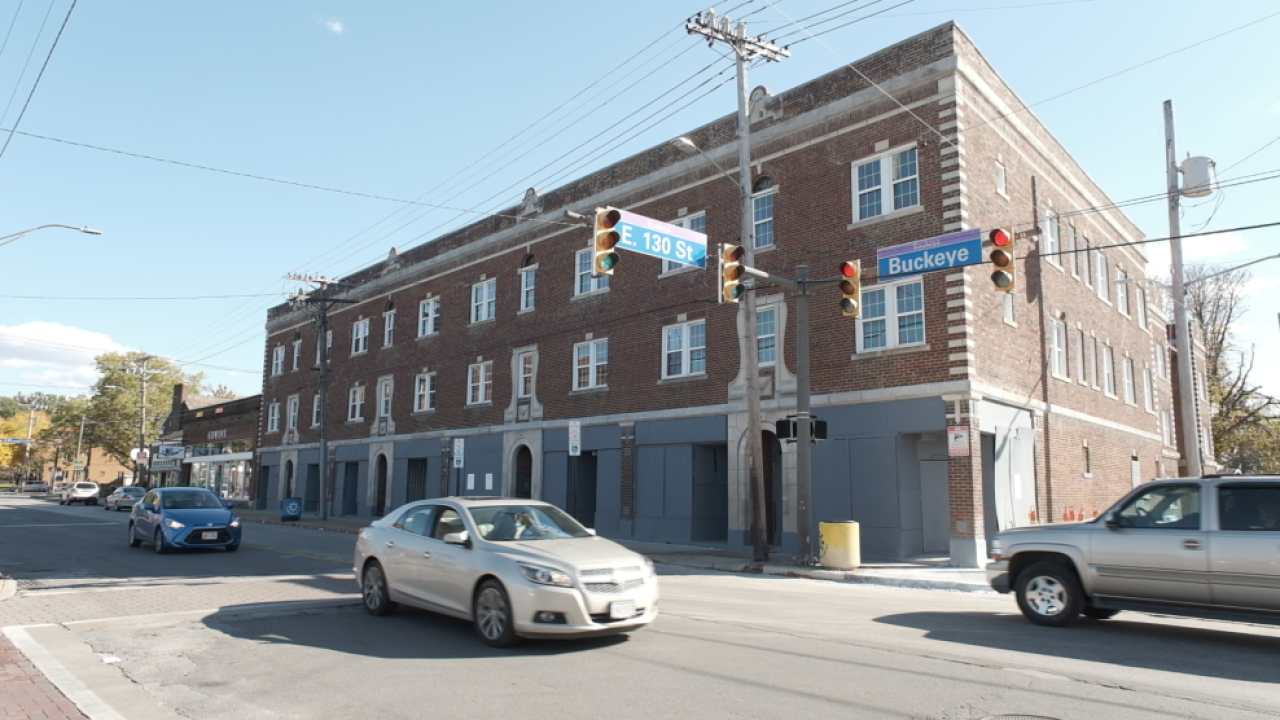 The building's owners, GIG6 LLC, will also be closely monitored. They were put on community control sanctions for three years, must make monthly reports to the court and face fines if they fail to follow the court's orders.

The building has frustrated residents in the Buckeye-Shaker neighborhood for years. They have complained the abandoned structure is dangerous and drags down neighborhood property values.

The housing court ruling comes after the property was featured in our exclusive News 5 Investigation “Cleveland Condemned,” which found there are hundreds of abandoned and vacant apartment buildings in the City of Cleveland.

‘A recipe for disaster’

Brandon Chrostowki was thrilled with Thursday's decision by the housing court.

"The community finally has some hope. That’s really what happened in court yesterday," he said. "We’ve had the monstrosity of 13000 Buckeye for seven years now and Judge Mona Scott has finally decided and said the east side deserves more."

The president of EDWINS Leadership and Restaurant Institute, which trains former offenders for jobs in the hospitality industry, owns the property next door and has worked for years to raise awareness about the property's problems.

The chef said he sees ingredients that add up to trouble.

“The most troubling part for the last year has been the sandstone falling,” he said. “What also troubles me about it is watching people come in and out of that building who clearly don’t live there, clearly are not the landlords.”

“Whatever behavior is going on inside of there, it’s just a recipe for disaster,” he said

Chrostowski purchased his propery in 2015. Within a few years, he transformed the area.

“In five years, we’ve refurbished apartments for 20 students, we’ve had a house remodeled for eight graduates, we’ve purchased two homes and built a butcher shop, bakery, a library and a fitness center,” he said. There’s even a small animal farm and plans for a park.

By comparison, he said little has changed next door. “It’s been painted gray and they’ve now fixed the sandstone. In five years, that’s the only changes that’s happened.”

Their attorney, Bradley Hull, sent us the following statement:

"GIG6 LLC continues to make substantial improvements to the very large structure it recently purchased at 13000 Buckeye Avenue. The work to the exterior is all but completed, and just two weeks ago the City approved its plans to do an entire renovation to the interior. GIG6 LLC is working as diligently as it can despite the pandemic and economic slowdown to complete all work as quickly as possible. GIG6 LLC appreciated Judge Scott's observation at the October 22, 2020 Hearing that it had good intentions with this property. GIG6 LLC looks forward to continuing to work with its contractors, City of Cleveland Building Department agents, and Housing Court specialists to complete this massive renovation project as quickly as possible."

In an email, Jayah Watters-Clark, Director of Communicatons, Cleveland Housing Court, wrote GIG 6 LLC would be fined $19,000 if it fails to meet conditions set by the court, cannot sell the building without the court's permission, and must also provide a repair and work plan to its Probation Officer within 60 days.