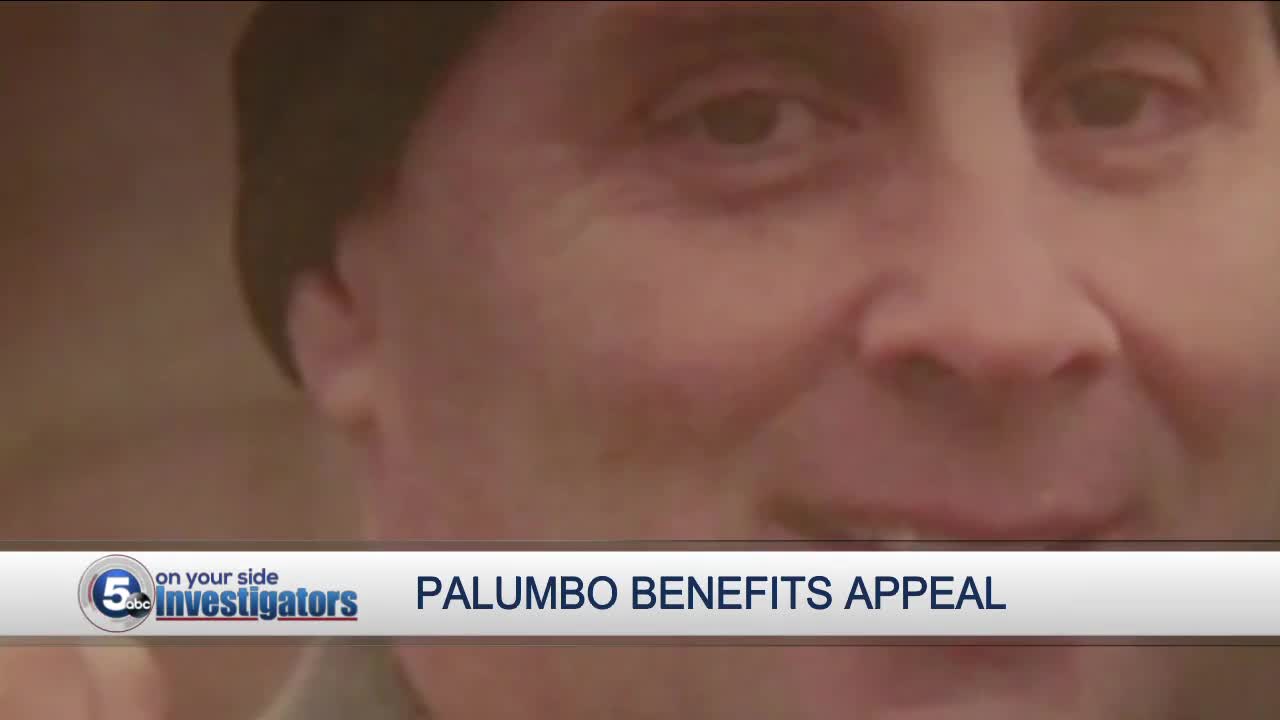 During a city council meeting last night, Willowick council members voted to authorize the appeal to the Ohio Industrial Commission regarding benefits for the fallen firefighter's family.

Palumbo worked part-time as a firefighter in Willowick, his hometown, for more than 25 years.

Last month, a Staff Hearing Officer found the Palumbo family met the requirements to qualify for presumptive cancer benefits that were created by the law named for Michael Palumbo.

Rhonda Patsouras determined Palumbo’s death from glioblastoma, a form of brain cancer, in 2017 was an occupational disease and was “contracted in the course of and arising out of his employment” with the City of Willowick.

As a result, she ordered the City of Willowick to pay death benefits created by the Palumbo Act to the fallen firefighter's wife, Chrissy, and their five children.

News 5 reached out to Willowick Mayor Rich Regovich about his decisions to appeal the order.

Regovich sent us the following statement:

"City council voted to pursue an administrative review of the staff hearing officers decision based on evidentiary concerns and two conflicting opinions that have been set forth in this matter. We are seeking the Industrial Commissions to reconcile these decisions as this case contains many issues of first impression that we feel need clarification from the Industrial Commission. "

During the OIC hearing July 16, attorneys for Willowick argued there was not enough evidence Palumbo was exposed to carcinogens that caused his cancer while fighting fires in Willowick.

However, Patsouras found records showed Palumbo fought numerous fires where he would have been exposed to toxic substances. She also noted nine years of records from Willowick were missing.

Palumbo had hoped this chapter in her life was over so she can continue healing and caring for her and Mike's children.

This is the second time Willowick has appealed the state's decision to pay Palumbo benefits to Palumbo's family.

Before he lost his battle with brain cancer on May 24, 2017, Chrissy filed claims for death benefits with Willowick and the City of Beachwood, where Mike also served as a fire captain.

Both cities initially objected to her claims.

However, Beachwood recently reached a settlement with Palumbo.

"It's hurtful," she said during an on-camera interview in May about her fight for benefits under the act Ohio lawmakers named for her late husband.

"It's hard not to take personal," she said. "I have a loyalty to them... Where's their loyalty to my family?"

Before Palumbo shared his battle with brain cancer with 5 On Your Side Investigators, Ohio was among the handful of states that failed to acknowledge the link between cancer and fighting fires, leaving firefighters without workers' compensation benefits as they battled the potentially deadly disease.

Despite years of request for help and scientific evidence linking fighting fires to an increased risk of several forms of cancer, legislation to provide Ohio firefighters presumptive cancer benefits was mired in bureaucracy. The Ohio Municipal League, a lobbying group representing towns and cities, opposed the bill, telling state lawmakers it would cost as much as $75 million.

“If they need a face to put to it, I'm willing to be that face,” said Palumbo during his initial interview in January 2016.

“Firefighters need to be covered," he said.

Knowing his cancer was aggressive, Palumbo had hoped to retire to spend more time with his wife and children.

Instead, he kept working to help cover the costs of his cancer.

Less than a year after our initial interview, Palumbo stood next to former Ohio Governor John Kasich as he signed a bill awarding workers’ compensation benefits to firefighters with cancer.