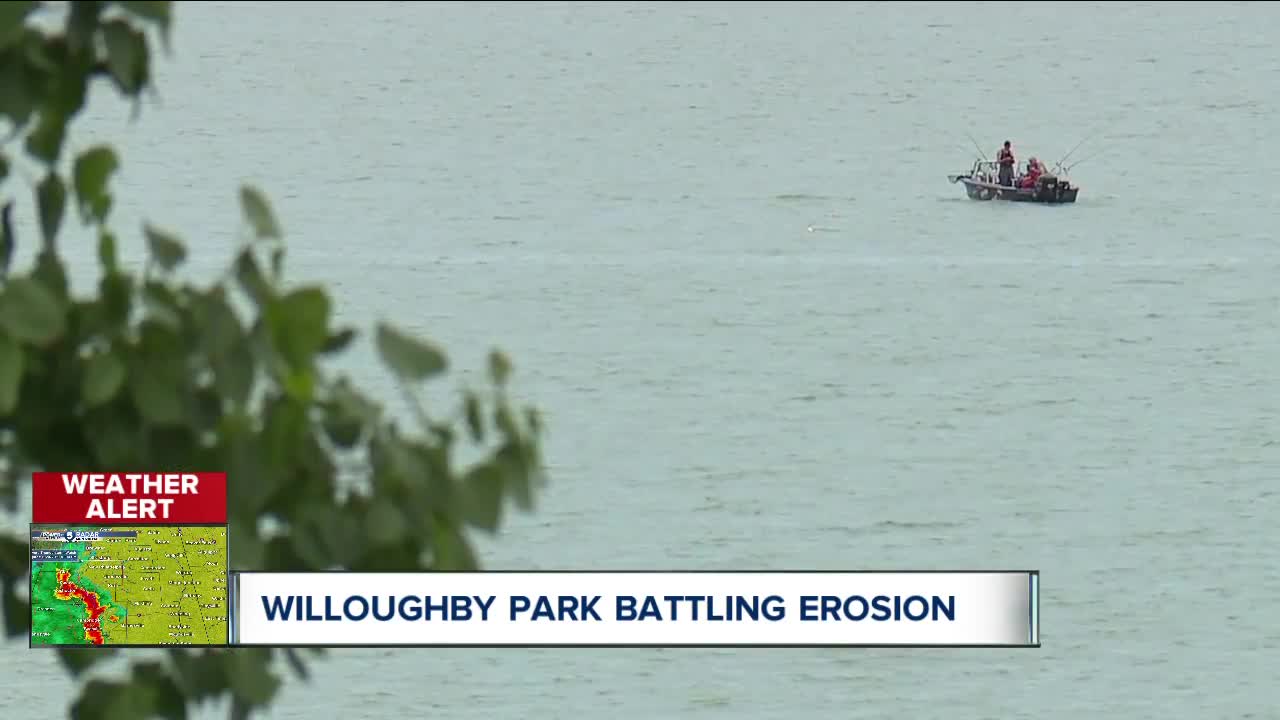 Brought on by historic lake levels, the accelerated erosion along Lake Erie has created a conundrum for cities along the North Coast. 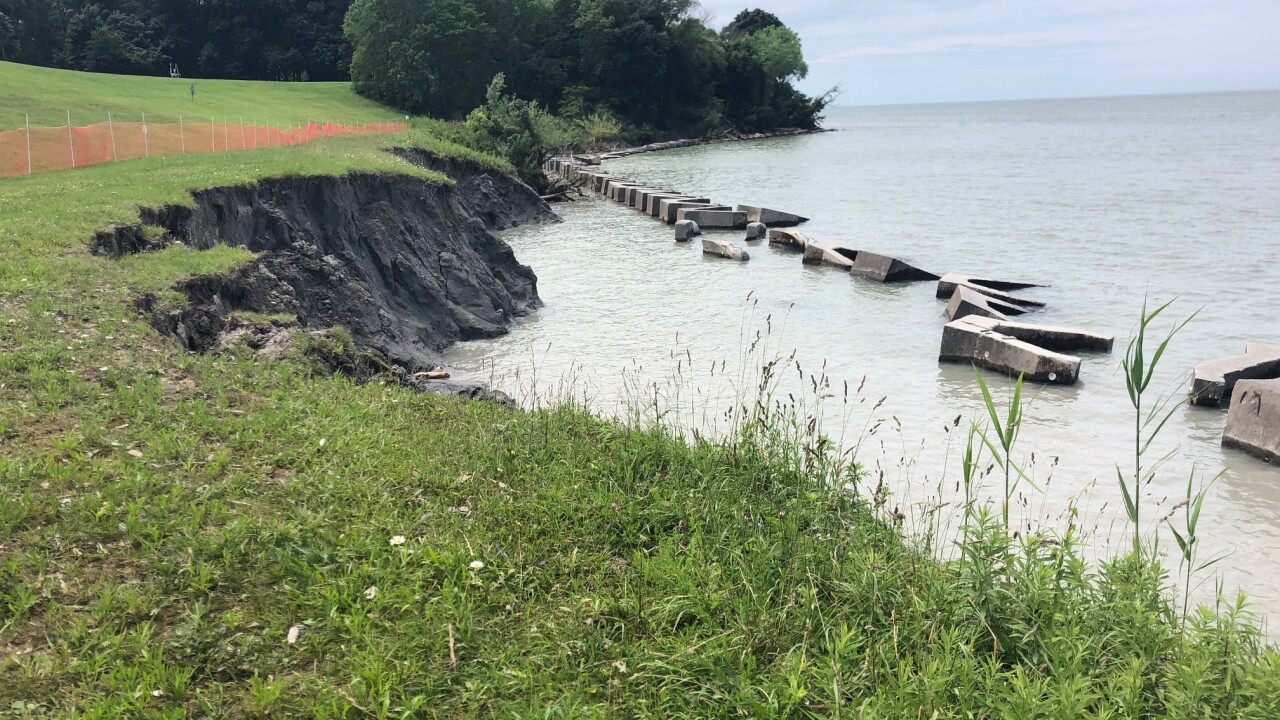 WILLOUGHBY, Ohio — Brought on by historic lake levels, the accelerated erosion along Lake Erie has created a conundrum for cities along the North Coast. For the city of Willoughby, leaders are scrambling to address the issue as erosion continues to claim part of a beloved city park.

In recent weeks, the choppy lake waters have eaten large chunks of the bluffs overlooking the lake at Osborne Park. In order to keep people safe, an orange safety fence has been put in place, cutting into the seventh hole of the disc golf course. Twenty feet off the shore, a long, winding line of concrete erosion control structures that were installed in 1996 sit haplessly underwater as the relentless waves continue to dislodge them.

Erosion is byproduct of time and physics. Unfortunately, for Mayor Bob Fiala, time will eventually be in short supply.

“This is a battle that none of us on the north coast is winning,” Fiala said. “The erosion is accelerating. There’s a lot of it. It’s due to some high water issues we’ve been having. We’re 30 inches above the historic high of 1986.”

Osborne Park is a main amenity for the north side of Willoughby, providing a disc golf course, large playground, one mile walking trail, pavilion and, soon, exercise equipment. The area is frequented by many people living in and outside and the surrounding neighborhoods. Tom Canitia, who has lived in the nearby neighborhood for nearly a decade, brings his small children to the park on a weekly basis.

“We used to be able to see the concrete barrier. Just a little bit in front of them you could see some of the sand. Now the water is well over,” Canitia said. “The [erosion] is bad for this area… I know they put a lot of money into these parks to keep the erosion as far off as it can. It’s getting bad. I can’t imagine owning a home on it.”

In February, the mayor and city council requested quotes from shoreline contractors for a temporary erosion control solution. The quotes, which did not include engineering costs, exceeded $400,000 and only covered part of the park’s shoreline.

The costs of the project would have accounted for 40% of the city’s general fund.

“We had a question to answer. That question was, ‘do we take almost half of our general fund budget that we normally allocate to police and fire vehicles, service vehicles, and allocate that to a temporary solution at Osborne Park?’” Fiala said. “At that time we decided to take step back and just assess it more carefully.”

The problem with outside funding assistance for erosion control projects is that there is none. In a memo he sent to city council earlier this month, Fiala said he contacted the Lake County Metroparks, Port Authority and Ohio Department of Natural Resources to inquire about potential grants or other funding. He quickly learned that no such funding mechanism exists. However, if the erosion control measures were included in an overall master plan for Osborne Park, outside funding assistance could be made available.

Fiala said he envisions true lakefront access at the park, similar to what the city of Euclid recently started construction on at Sims Park. Euclid’s lakefront development plan includes a walking trail abutting to a fishing pier. In order to get approval for the project, Euclid city officials had to negotiate with private property owners living nearby to allow right-of-way access in exchange for the installation of erosion control measures.

“What we have learned in these past months of assessing erosion control is there is a real science to it. Once size does not fit all. Every geographic location demands its own engineering solution,” Fiala, a trained architect, said. “If we are going to make a sizable investment at Osborne Park, we want to make sure we have all the information we need to make the right decision and to make the decision worthwhile.”

Canitia hopes there will be enough shoreline left for his children to enjoy when they’re older.

“Having Lake Erie is awesome. It is a beautiful shoreline but it does come with the consequences,” Canitia said.