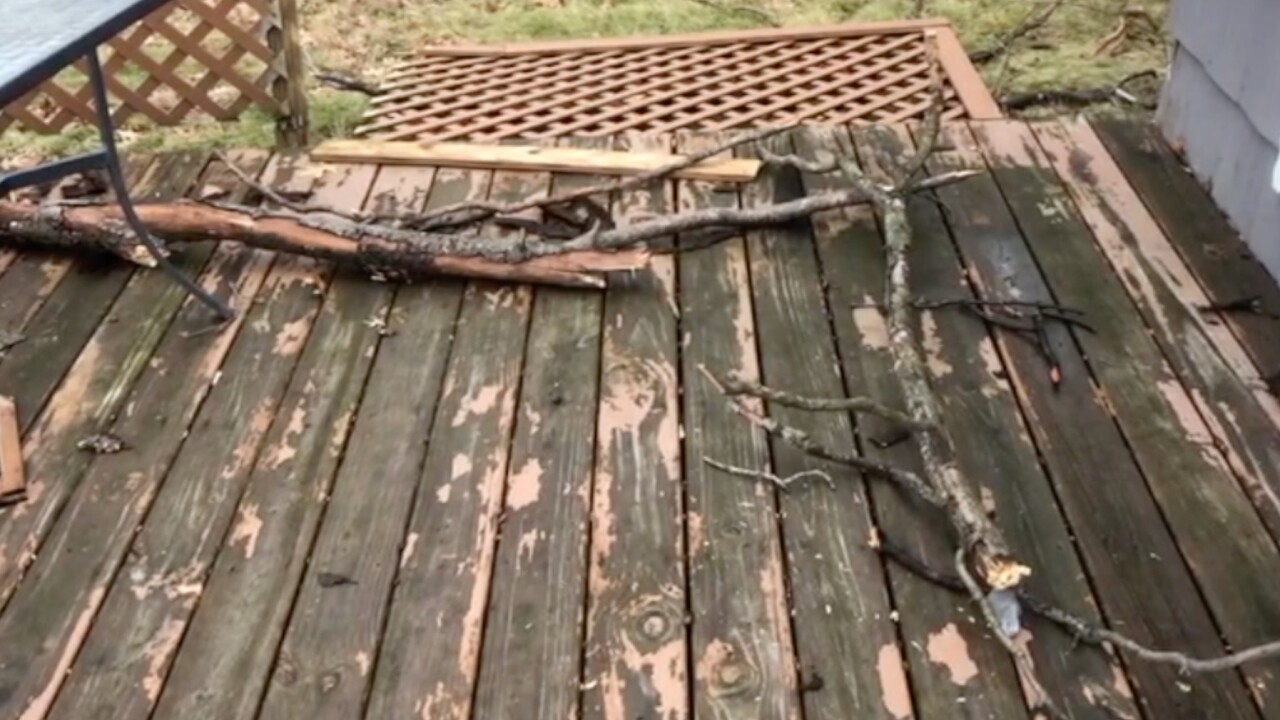 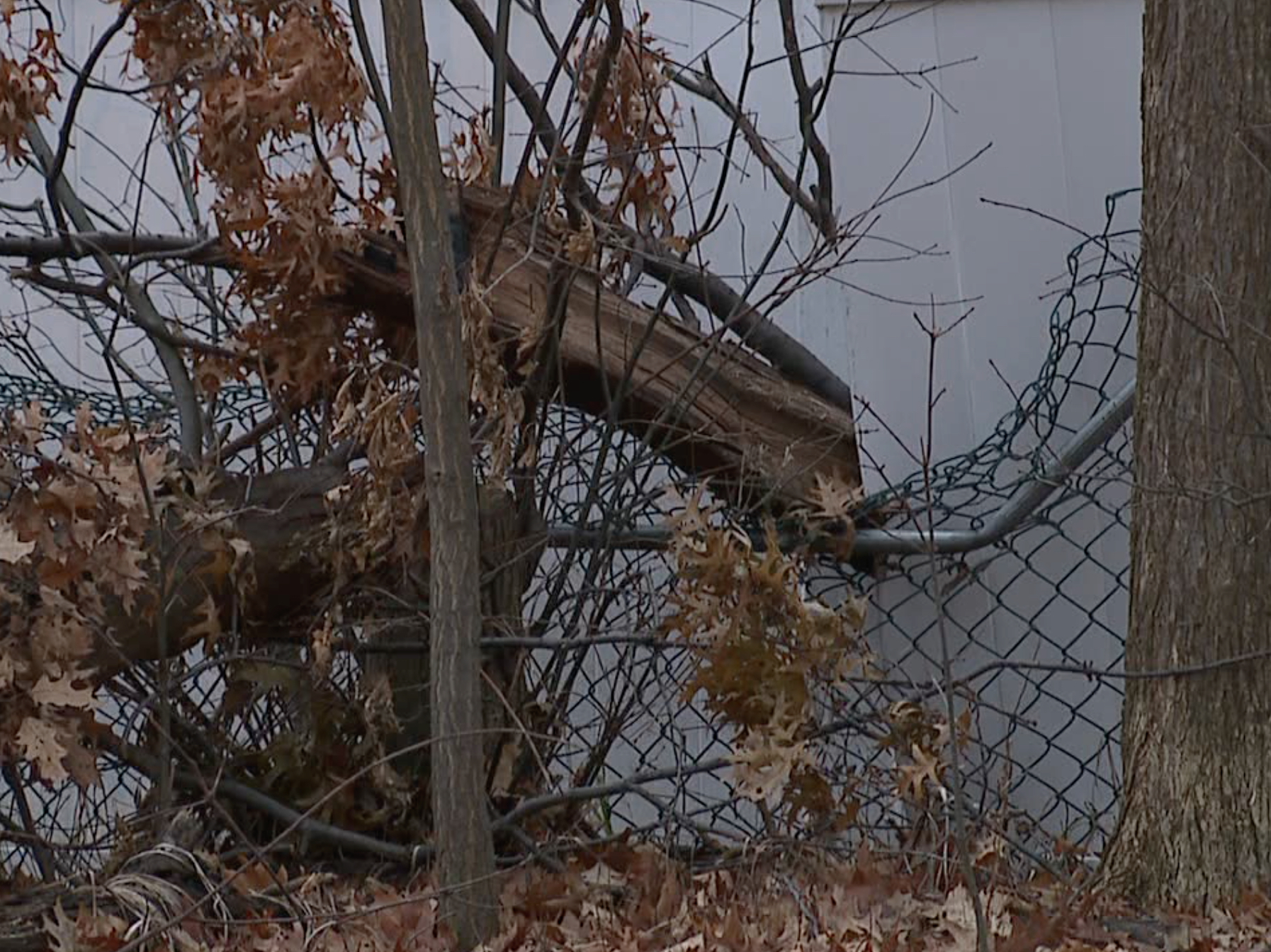 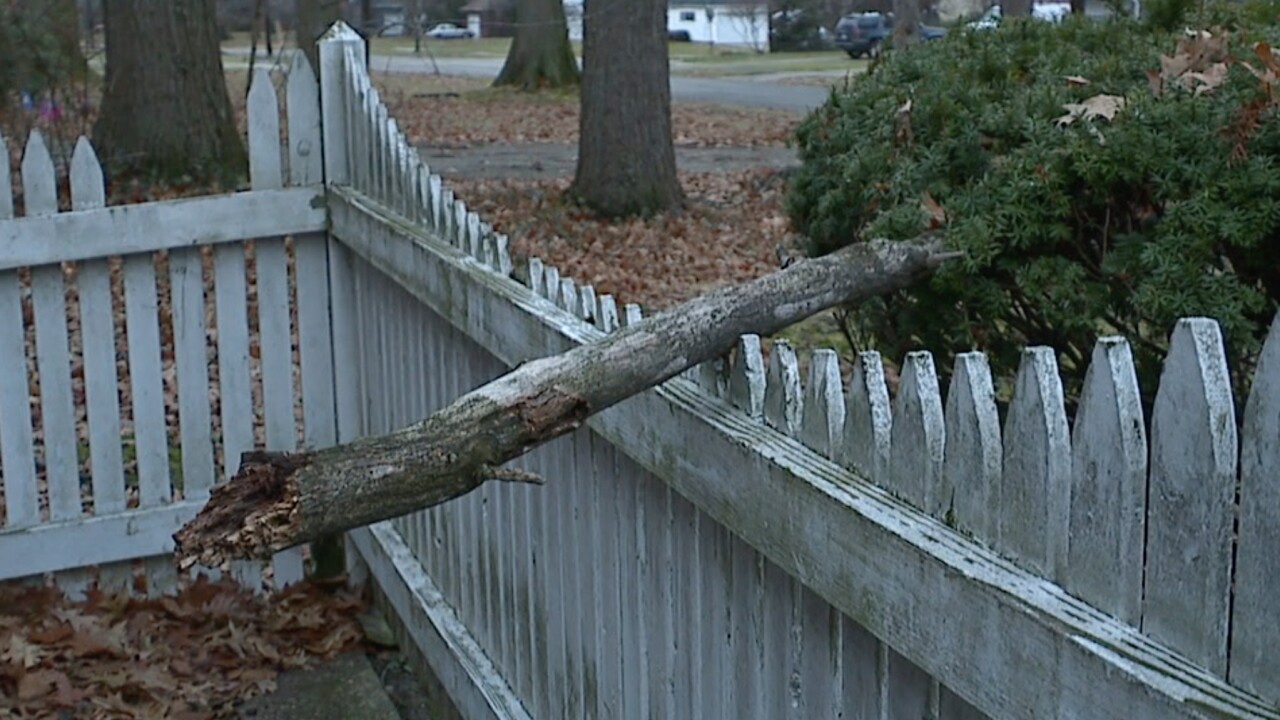 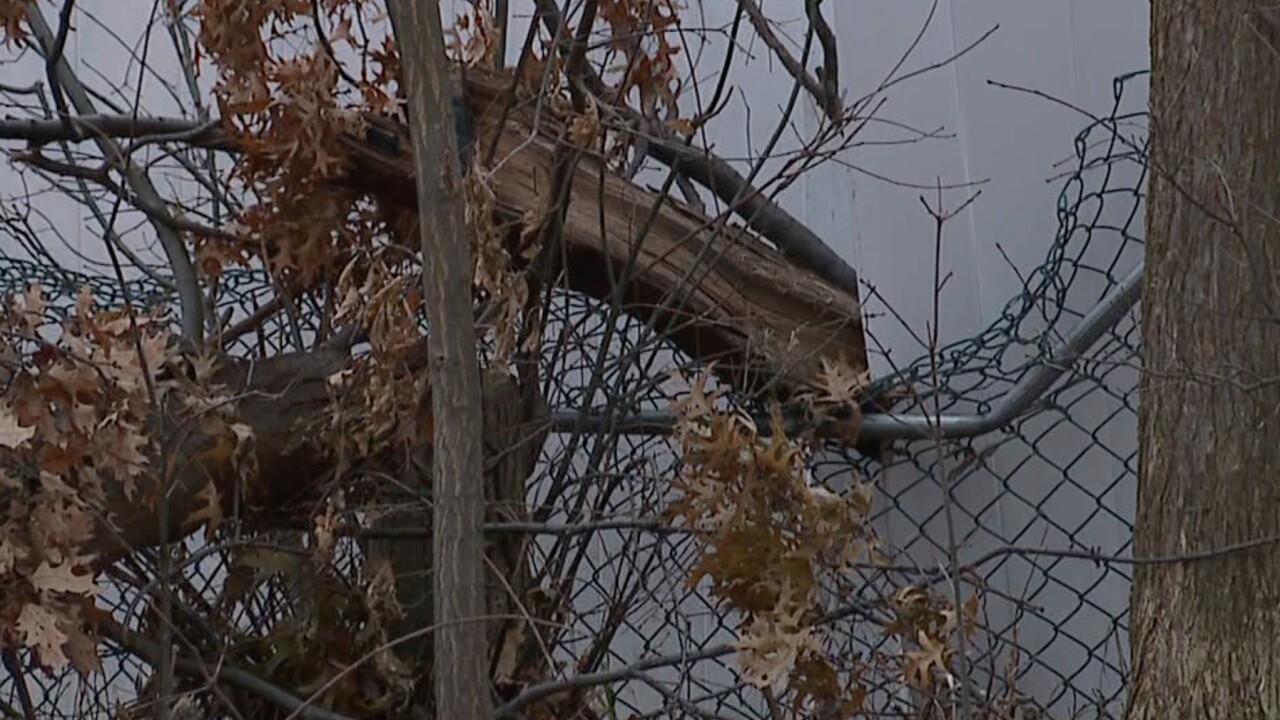 CLEVELAND HEIGHTS, Ohio — A Cleveland Heights neighborhood is tired of dealing with the fear and anxiety caused by huge falling tree limbs coming from a vacant home on their street.

Randy and Keli Todd told News 5 massive trees on the unoccupied property have caused multiple damage incidents in the neighborhood and they're concerned someone will soon be seriously hurt.

"It's scary, it causes me a lot of anxiety," Keli Todd said.

"If one of those limbs falls, it's going to fall right over our bedroom, so it's terrifying."

"I called the fire department and they came, and you could see the orange glow on the other side of the fence," Todd said.

"One of the limbs came through the roof into the family room. It was sticking out of the ceiling."

Todd said the situation is even more frustrating because Cuyahoga County records aren't giving the city of Cleveland Heights the ownership information it needs to hold the homeowner responsible.

County records indicate the house is still owned by the same person who residents report moved out back in 2015.

"We don't know who's responsible for the damage that it's causing us, and we don't want to have to keep making claims with our insurance company," said Todd.

News 5 contacted Cuyahoga County about the vacant home, which is currently $85,000 behind in property taxes.

The county said it would now try to track down the current owner of the house.

Building department leaders told News 5 they may be forced to take down the trees at taxpayers expense, as they try to determine where to send violations on the property.

"Nobody has been hurt up until this point, but I don't want to wait until something more catastrophic happens before some action is done," said Todd.

"We do our diligence, and do what we're supposed to do, and we want other people to do the same thing."