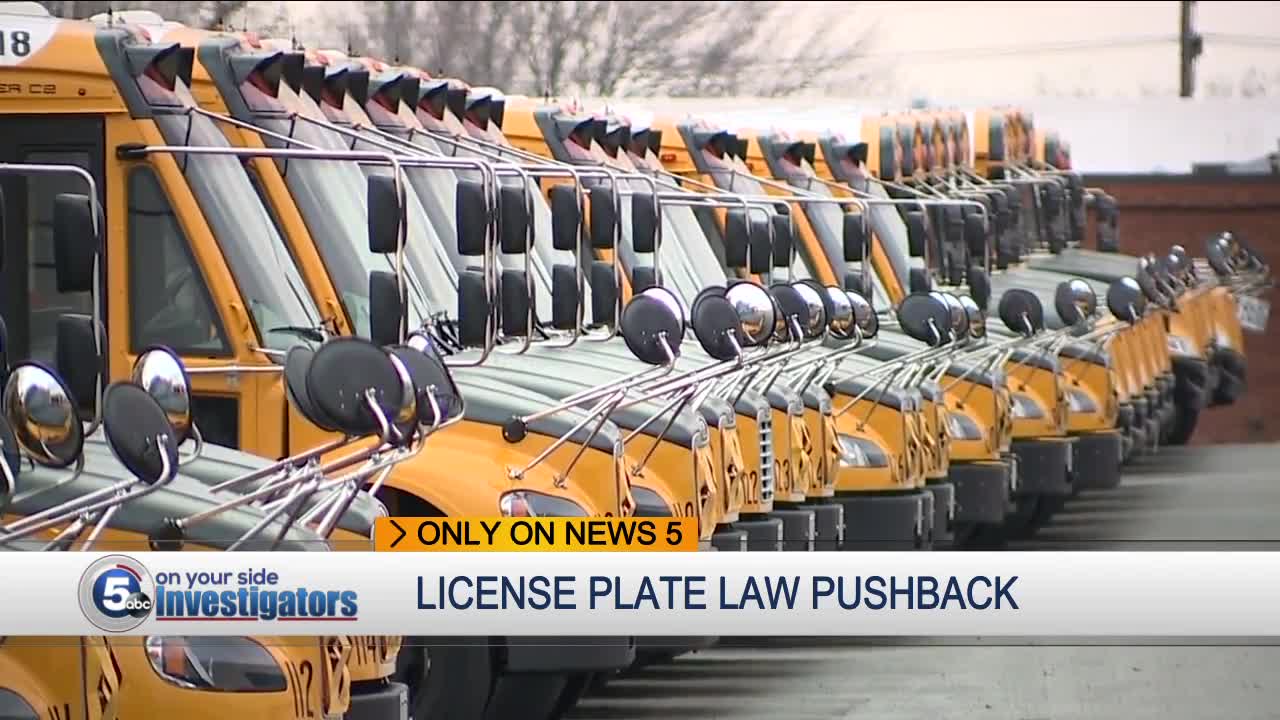 The Parma School District and its bus drivers are now joining the fight to maintain the need for a front license plate on Ohio vehicles. 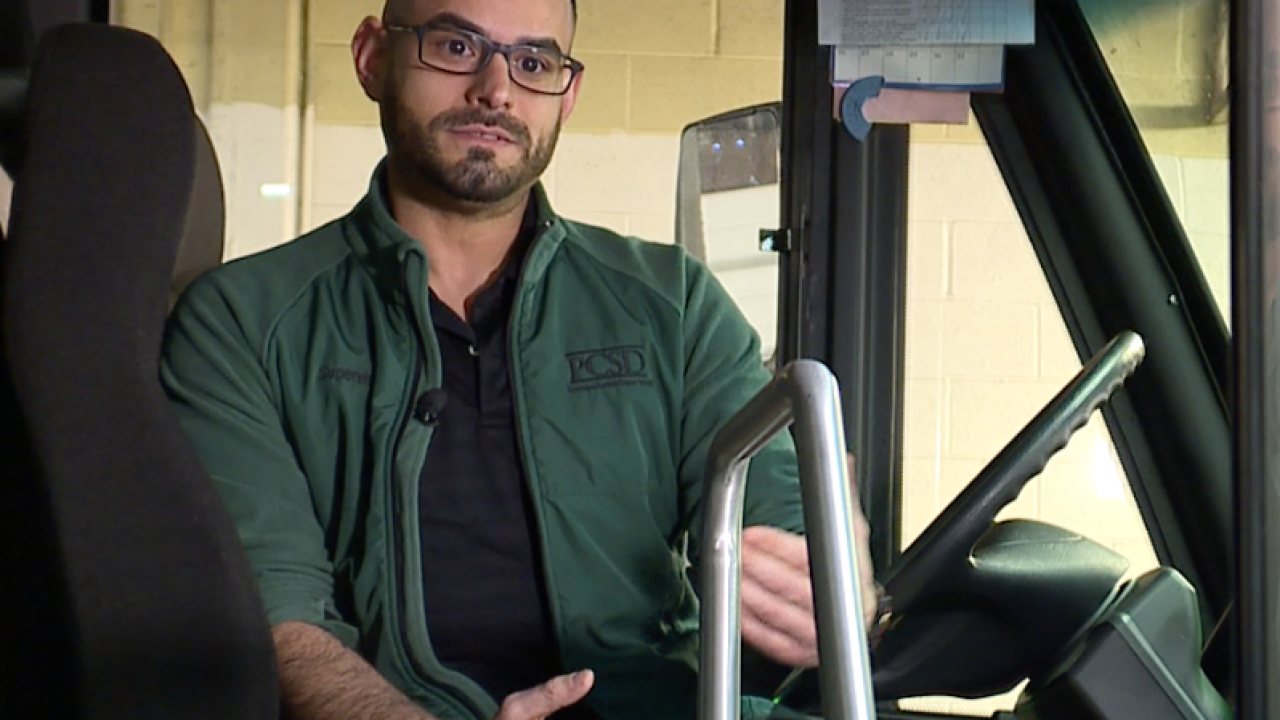 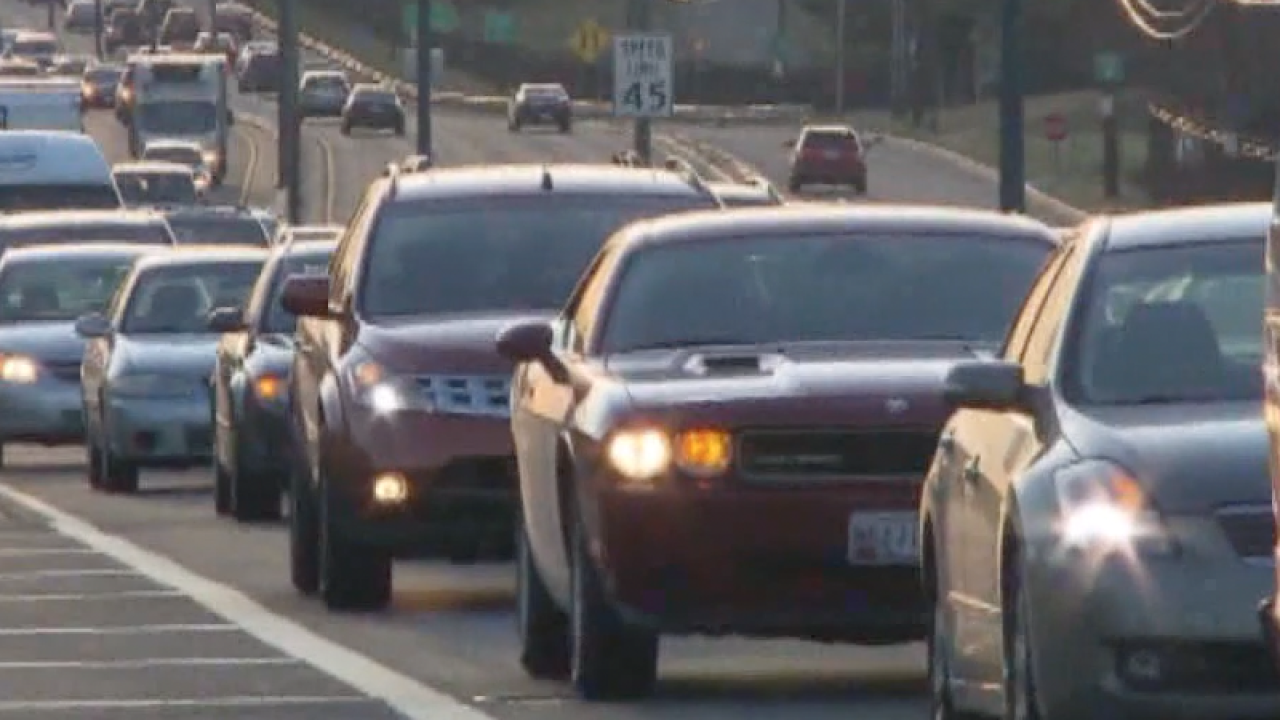 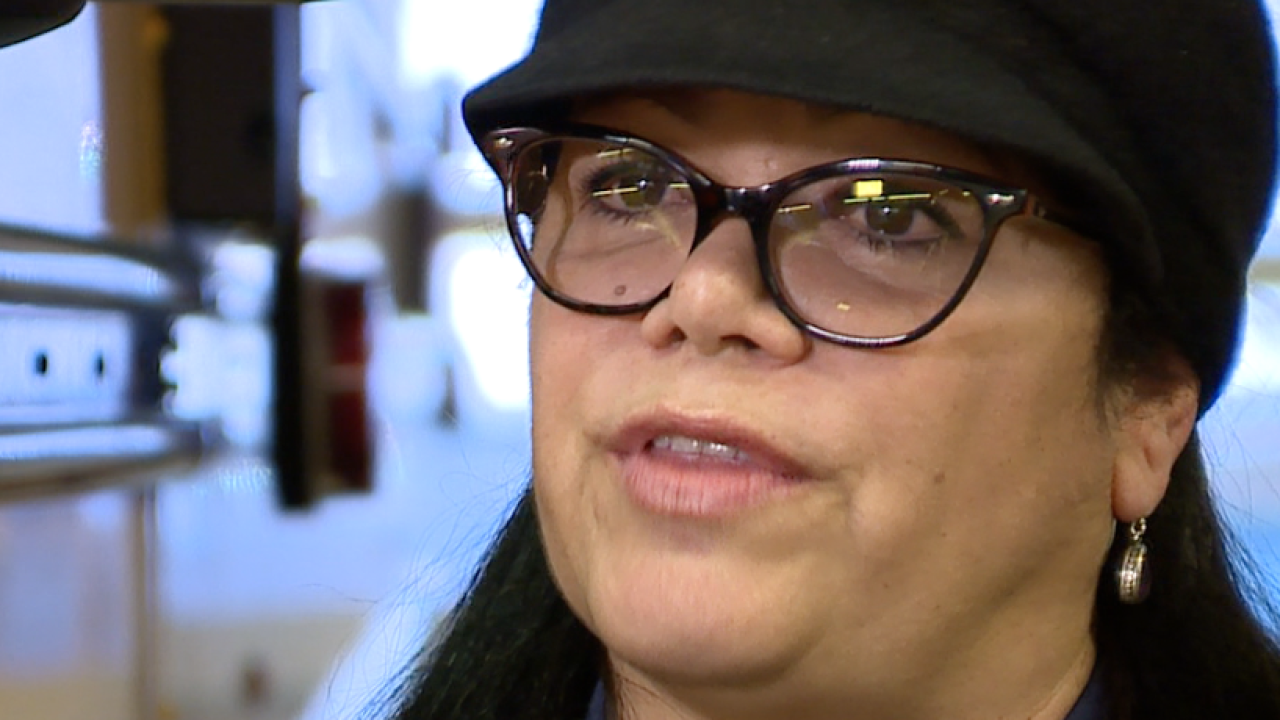 PARMA, Ohio — The Parma School District and its bus drivers are now joining the fight to maintain the need for a front license plate on Ohio vehicles.

Parma District Transportation Supervisor Angelo Caputo told News 5 without a front plate requirement it will be more difficult to identify a growing number of motorists who are illegally driving through bus stop sign arms.

Caputo said more than five drivers blow past bus stop signs every school day and without a front plate required on Ohio vehicles, it will make enforcement more difficult.

“We’re at an all time high right now for cars not stopping for school buses,” Caputo said.

“We need to identify that driver that is passing our stop arm, they need to get the tag and a description of that vehicle.”

“If we have less of a tool to get people convicted, then you know what happens, that rate just keeps going up.”

“We’ve had more fatalities at school bus stops from passing motorist in the past three years, than we’ve had in 20 years.”

Under current Ohio law, a front license plate will no longer be required on July 1, 2020, under a measure passed as part of the transportation budget last spring.

Ohio lawmakers in favor of dropping the front plate requirement based their decision on the increasing use of sensors in front bumpers and auto dealers who cited vehicle aesthetics.

But the Ohio Highway Patrol, the Fraternal Order of Police of Ohio, and Sen. Jay Hottinger, R-Newark, are continuing to fight to maintain the Ohio front plate requirement.

Hottinger is a the co-sponsor of Senate Bill 179, which looks to restore the front plate, citing data from the Ohio School Boards Association that suggests up to 4,500 Ohio school buses are illegally passed by drivers every school day.

“Senate Bill 179 would reinstate, and continue current law, requiring the display of a front license plate. Numerous task forces have studied this issue and all have recommended preserving the two plate requirement. Perhaps most convincing though, was testimony that the committee heard from various police departments throughout the state who stated the importance of the front plate in solving crimes. In addition to widespread law enforcement support, retaining the front license plate is also supported by ride share companies, bus drivers, the Farm Bureau and the Ohio Prosecutors’ Association.”

“So when we deal with these issues, people running our reds, it's really important that we get a description of the vehicle, and the person license plates,” Ramos said.

“We need eyewitnesses to report those people, we need to be there for the kids.”

RELATED: Drivers will no longer be required to have a front license plate in Ohio