More than 6,000 Cleveland police reports getting another look 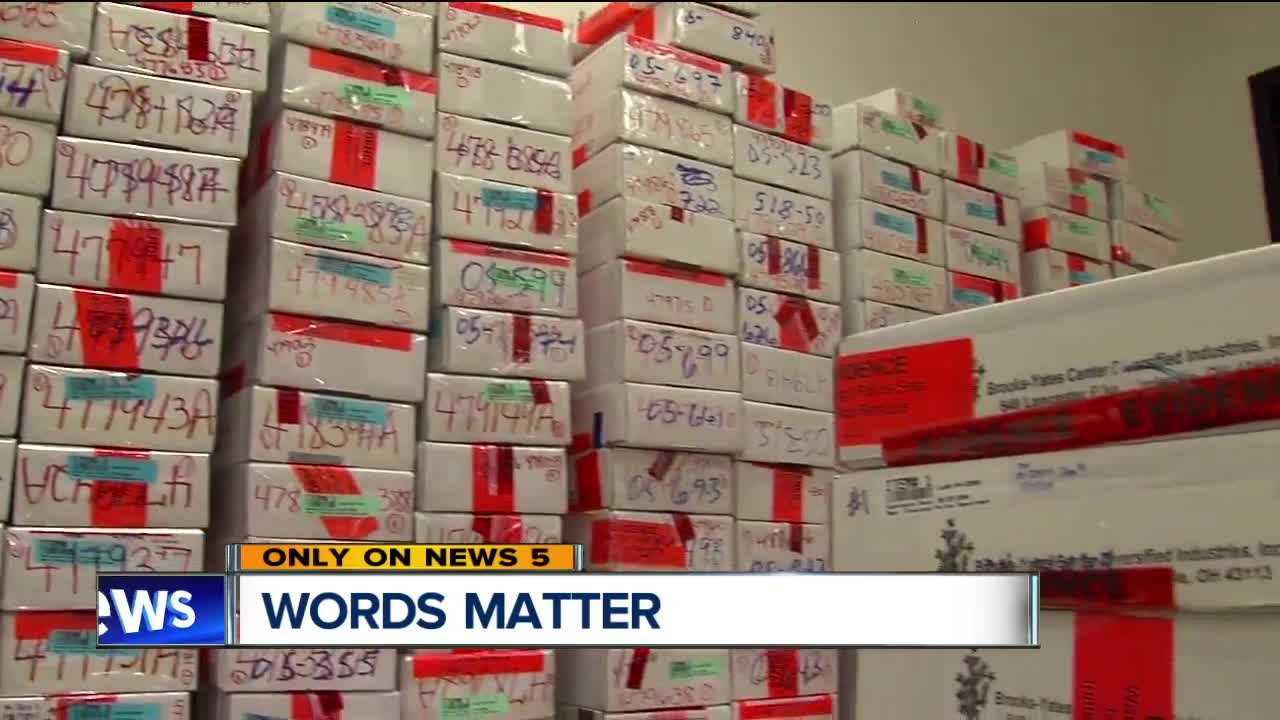 Authorities began looking at back-logged rape kits in Cuyahoga County. Some of the police reports connected to those cases have raised red flags, so now, more than 6,000 victim statements are receiving another look.

CLEVELAND — Authorities began looking at back-logged rape kits in Cuyahoga County. Some of the police reports connected to those cases have raised red flags, so now, more than 6,000 victim statements are receiving another look.

The language officers use to describe their interactions could unknowingly influence an investigation's outcome.

Words matter. And the ones police officers choose when interviewing victims of sexual assault may have consequences.

They're looking for signaling language, or hints, that could cast doubt on the victim's claims. Lovell said if an officer thinks someone is lying they will document it, but a lack of training plays a bigger role.

"A lot of it though is not really knowing about the neurobiology of trauma and how victims respond to a traumatic event. They're confused by the victim's behavior because in one sense she's laughing and in one sense she seems in pain so they're noting this because they don't know what to do with these sorts of divergent ideas of what's happening," Lovell said.

That lack of knowledge could keep justice from being served.

"If it's peppered with all this distrust, our hypothesis is that it would obviously impact what kind of effort is put into that case and whether the case would proceed forward," Lovell said.

Teresa Stafford, Chief Advocacy Officer at the Cleveland Rape Crisis Center calls the project at Case a game changer for victims and individuals in the criminal justice system.

"We see that across police departments where language in police reports may impact the case moving forward," Stafford said.
Stafford believes this research will bring the issue to the forefront and be a catalyst to better train officers to remove potential bias.

"At the end of the day we want offenders to be held accountable and for communities to be safer and that process starts with that initial contact from that first responder," Stafford said.

"There's almost no training on how to write a good police report, yet they spend most of their time writing these reports. If we can make this process a little bit better then I think there's a lot of good that can come from that," Lovell said.