Cleveland to Chicago in 30 minutes? This proposed high-speed tunnel could be a game-changer

A recently proposed an initiative to build a high-speed tunnel transportation system could be a game changer for the way residents in Chicago and Cleveland get between the two cities.

Hyperloop Transportation Technologies and North Ohio Areawide Coordinating Agency (NOACA) along with the Illinois Department of Transportation have reached a deal to conduct a study that would determine the feasibility of building a route between Chicago and Cleveland, according to an article in TechCrunch. 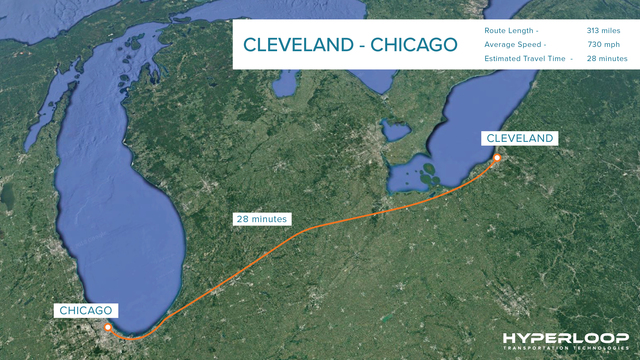 The Hyperloop route would encompass a 313-mile route with an average speed of 730 mph—resulting in a travel time of under 30 minutes.

Ohio Senators passed a resolution in the beginning of the year that proposes the construction of the Hyperloop corridors.

News 5 reached out to NOACA who didn't have any additional comments at this time.