A dog in the pound is shedding the pounds, embarking on a weight-loss journey with a special volunteer 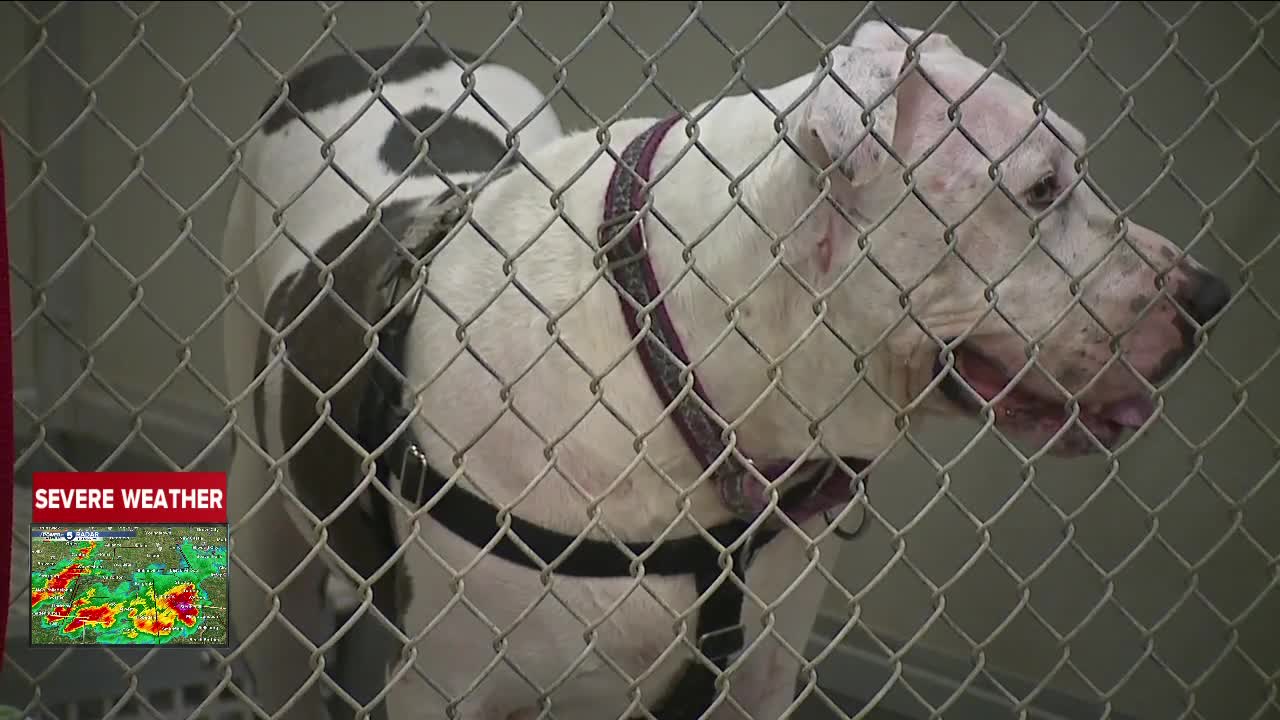 Almost all of the animals that come into the Humane Society of Summit County have been abused, neglected or were owner surrenders. 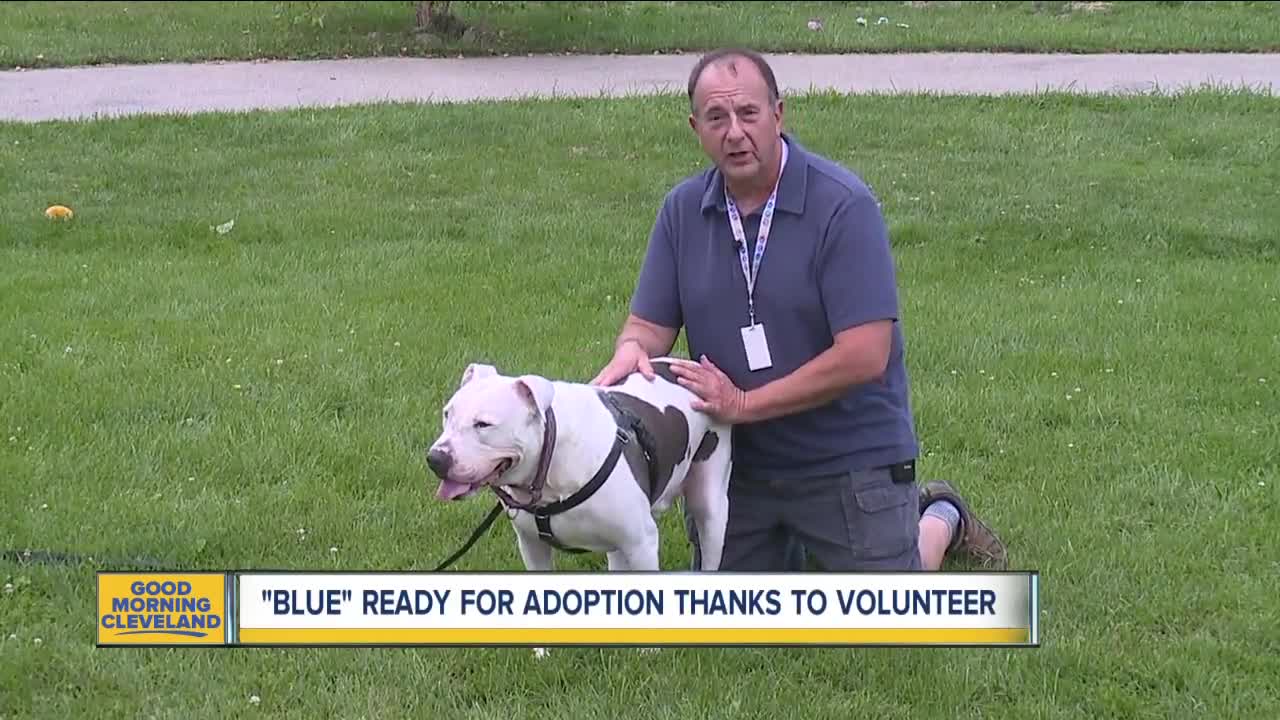 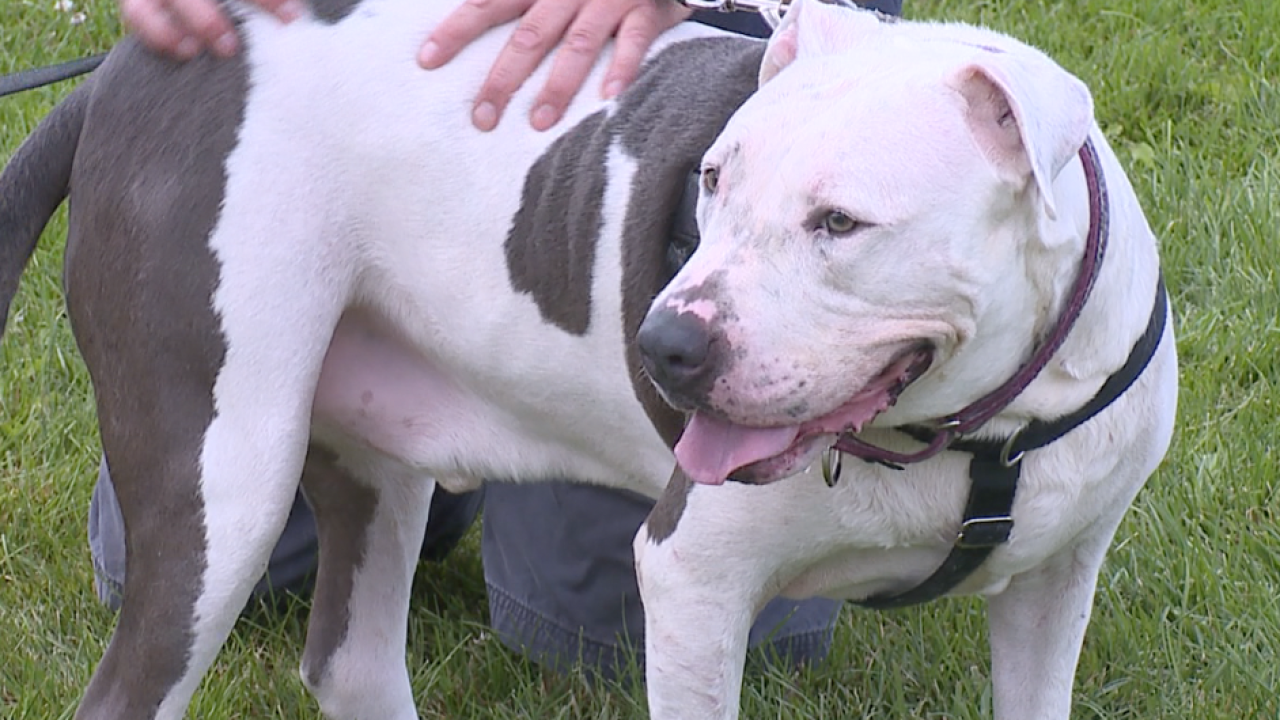 SUMMIT COUNTY, Ohio — Almost all of the animals that come into the Humane Society of Summit County have been abused, neglected or were owner surrenders.

The shelter currently has more than 80 dogs that are looking for their forever homes, and one of them is a 4-year-old, Great Dane-Pitbull mix named Blue.

He’s one of the longest residents at the shelter.

“Blue has been here a little over 200 days,” said Diane Johnson the president of the Humane Society of Summit County.

Though, his long stay at the pound, could be credited to his few extra pounds he had on him when he came in. Blue weighed more than 100 pounds, that’s about 20 pounds over a healthy weight.

Longtime volunteer Ted Moore took a liking to Blue from the moment they met. At the time, Moore also had doctor’s orders.

“He said, ‘You really should think about losing weight,’” said Moore. “So, I saluted and went about the business of changing my diet and exercise habits and that’s when it dawned on me that Blue had the same sort of issues.”

Since that epiphany, Blue and Moore have embarked on a weight-loss journey. They’ve shed the pounds the old-fashioned way, with a little diet and exercise.

“When you’re in the shelter, and you don’t move all day, those treats add up,” said Moore.

Every week Moore and Blue go on 5 to 10 mile hikes. For the most part, the two walk in-sync, but it seems like Blue may have surpassed Moore when it comes to the weight loss.

“He’s lost almost all the weight he’s needed to lose. I’d love to say the same. I was keeping pace with him for the first two months and then he just took off and left me in the dust,” said Moore.

But for volunteers at the shelter, their hopes are up for Blue’s bright future.

“My ideal adopter would be someone who would keep him walking in the woods and keep him fit,” said Moore.

Moore and Blue’s journey is also a fundraiser to raise awareness of obesity in dogs. To visit their blog or donate click here.