Under One Flag: 50 people from 28 countries take oath to become US citizens 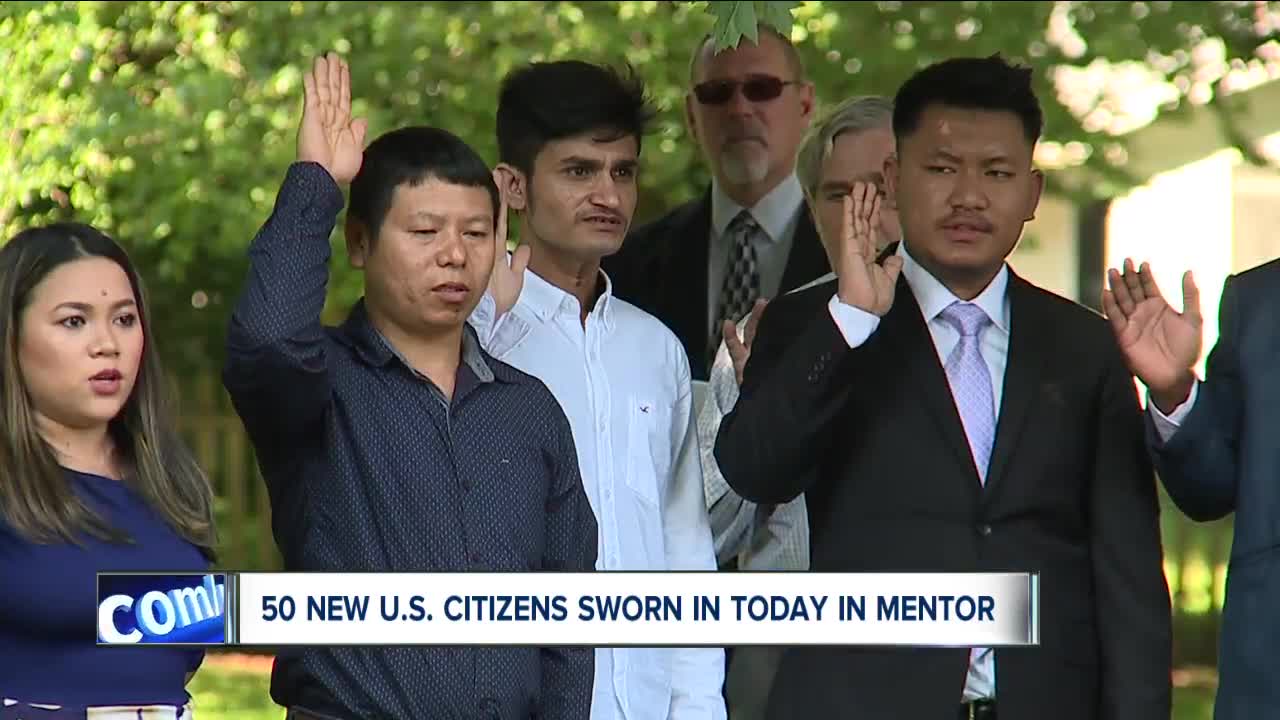 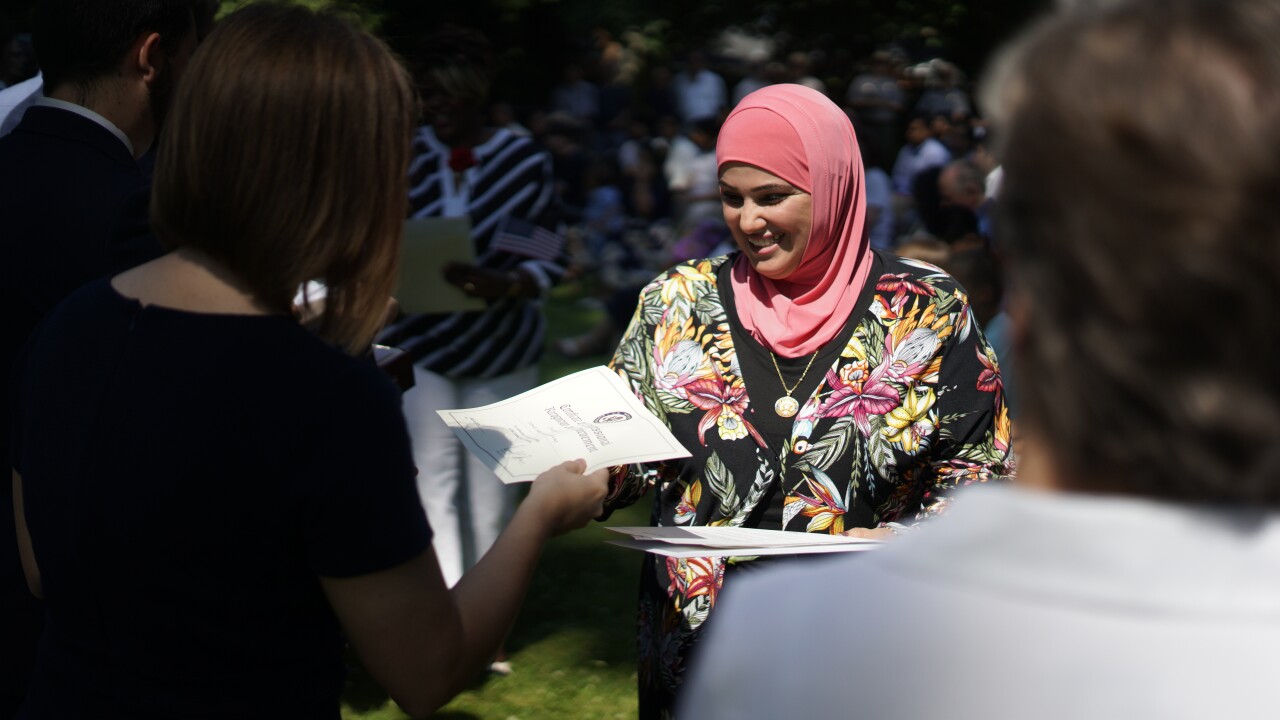 MENTOR, Ohio — Escaping famine and war, they crossed oceans and deserts in search of the inalienable rights of life, liberty and the pursuit of happiness. Their winding journeys culminated in a jubilant and emotional naturalization ceremony on Friday as 50 people from 28 different countries became naturalized United States citizens at the James A. Garfield National Historic Site in Mentor.

The event was one of 110 naturalization ceremonies to take place across the country from July 1 to July 5. All told, nearly 7,500 new citizens took the oath of citizenship.

“All of you come from all over the world. You bring your own set of experiences, your own cultures, your own religions, your own values, your own beliefs,” said Todd Arrington, the site manager at James A. Garfield National Historic Site. “All of these things serve to make America better and stronger.”

The ceremony brought together speakers from local, state and federal governments. Lake County Commissioner Jerry Cirino, whose father immigrated from Italy, highlighted the sacrifices Americans have made in order to preserve the republic.

Sylvie Senzige, a refugee of the Congo, fled the war-torn country to avoid the deadly conflicts. After stepping foot on American soil five years ago, she immediately began trying to become a US citizen.

“I’m so happy. Today, I’m so happy to be a citizen of America. It’s so beautiful. It’s a beautiful country,” Senzige said. “In America, we have beautiful food, education, medical, all of it.”

Mazin Salah Mahdi Alrawi and Zainab Tareq Hamid Alazawi, both of whom are immigrants from Iraq, also spent at least five years trying to become United States citizens. Mazin said he and his family were going to have a big celebration after the ceremony.

“I’m very happy [to be here] today with my family,” Mazin said. “Today is the very, very best.”

Since she came over to the United States, Zainab said she quickly learned to appreciate the basic freedoms that many natural born Americans often take for granted.

“America has freedom of religion, freedom of [speech],” Zainab said. “[America] has a future for my family and my sons who study and will graduate here.”

Earlier this year, Boundless Immigration, a technology company based in Seattle that helps families navigate the complex immigration system in order to apply for visas and green cards, authored a report, which found that Cleveland ranks as the number one city in America when it comes to becoming a U.S. citizen.

The report found the Cleveland field office had the country’s shortest wait time for processing, highest backlog clearance rate, and was the most efficient field office of the U.S. Citizenship and Immigration Services.