Trump 'certainly believes he has the power' to fire Mueller, White House says 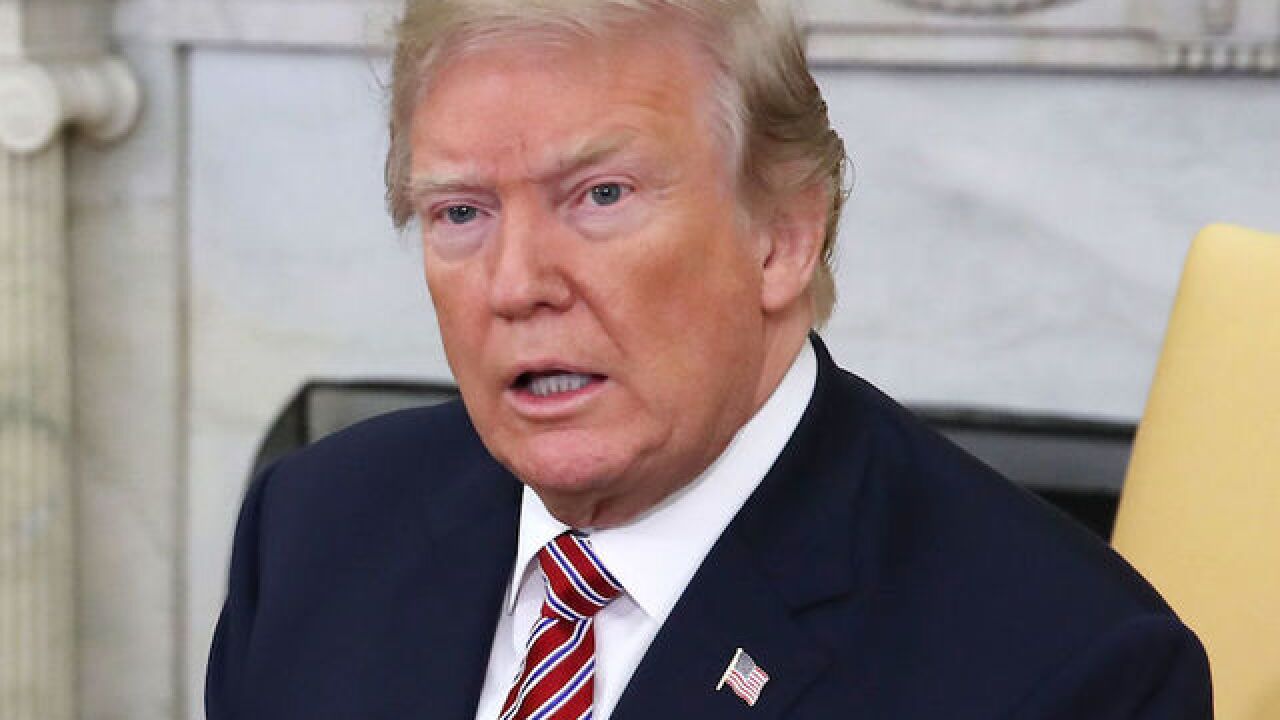 Image copyright 2018 Getty Images. All rights reserved. This material may not be published, broadcast, rewritten, or redistributed.
Mark Wilson
<p>U.S. President Donald Trump speaks during a meeting with the Emir of Qatar Sheikh Tamim bin Hamad Al Thani, in the Oval Office at the White House, on April 10, 2018 in Washington, DC. </p>

She did not suggest Trump would be moving to fire Mueller.

Under the special counsel regulations, Mueller may be "disciplined or removed from office only by the personal action of the attorney general." Attorney General Jeff Sessions has recused himself from all matters related to the 2016 presidential campaign, so only Deputy Attorney General Rod Rosenstein has the power to fire Mueller.

Trump does have the ability to fire Rosenstein, for no reason at all, as a member of the executive branch.

Asked about Trump's comments that the raid on longtime Trump attorney Michael Cohen's office and hotel room Monday is "an attack on our country," Sanders said she has nothing to add.