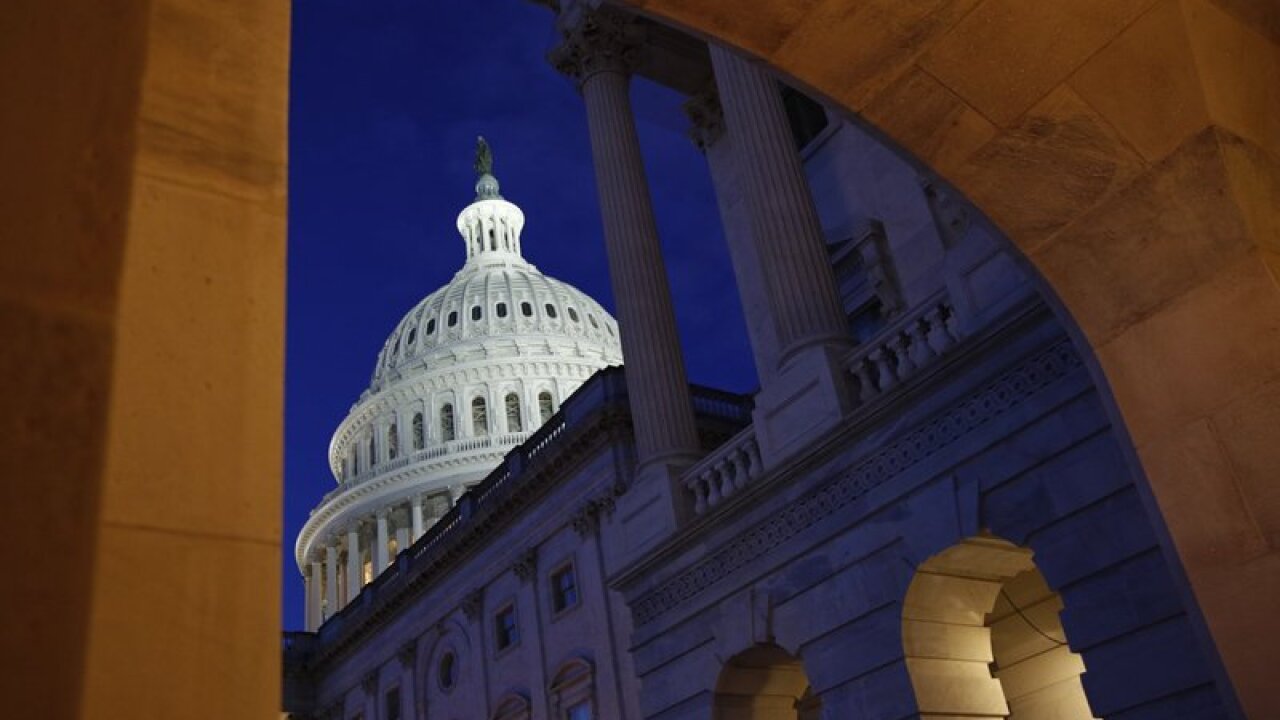 Light shines on the U.S. Capitol dome in Washington, early Wednesday, Dec. 4, 2019, prior to scheduled testimony from Constitutional law experts at a hearing before the House Judiciary Committee on the constitutional grounds for the impeachment of President Donald Trump. (AP Photo/Patrick Semansky)

The investigation into President Donald Trump enters a historic next phase on Wednesday as the House Judiciary Committee holds a hearing on the constitutional grounds for drafting articles of impeachment.

The hearing is scheduled to begin at 10 a.m.

The Wednesday hearing, which will feature constitutional law experts, follows a series of public hearings in the House Intelligence Committee where current and former administration officials testified as part of the House Democrat-led investigation into the Ukraine scandal.

Three witnesses have been called by Democrats: Noah Feldman of Harvard Law School, Pamela Karlan of Stanford Law School, and Michael Gerhardt of the University of North Carolina School of Law.

Testifying for Republicans will be Jonathan Turley of The George Washington University Law School.

It marks a new phase in the investigation centered on Trump's actions when he asked the President of Ukraine in a July 25 phone call to do him a "favor" and pushed for investigations into the family of a potential political rival, Democratic presidential candidate and former Vice President Joe Biden.

The House Intelligence Committee has so far led that investigation, but now the Judiciary Committee, which has jurisdiction over drafting articles of impeachment, will have its time in the spotlight.