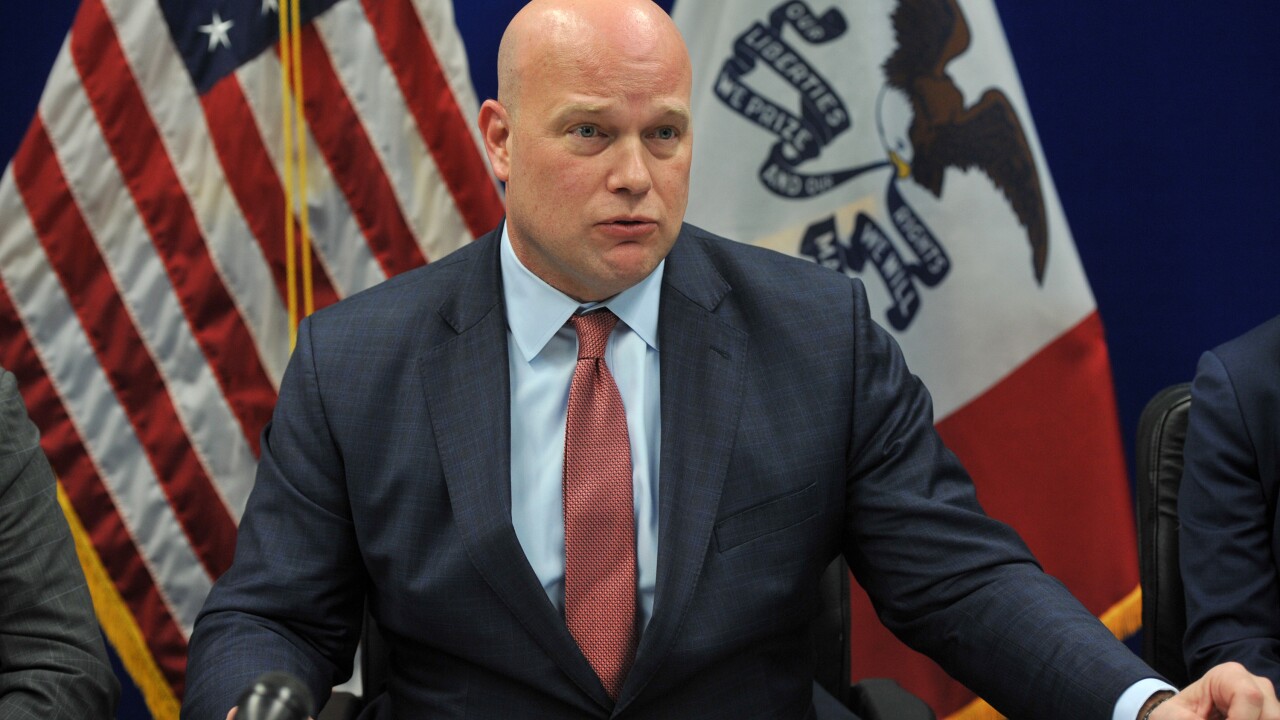 Acting Attorney General Matt Whitaker has opted not to recuse himself from overseeing special counsel Robert Mueller's Russia investigation despite the opinion of a Justice Department ethics official who believed, while a "close call," he should step aside, according to a senior department official close to the process.

Whitaker, who has previously criticized the investigation, never sought a formal recommendation about whether he needed to recuse, the source said. Instead, he received guidance on his options and the applicable rules over the course of three meetings with ethics officials and multiple discussions with his own advisers.

Ultimately, it was Whitaker's decision, but the view of ethics officials will likely raise fresh questions for Democrats on Capitol Hill who have sounded the alarm about whether he will try to undercut Mueller's work.

The ethics officials concluded there was no actual legal conflict presented that would require Whitaker to recuse himself. For example, he doesn't have a familial member involved in the probe, and unlike the situation with former Attorney General Jeff Sessions, Whitaker was not a surrogate for President Donald Trump's campaign.

However, ethics officials noted there could be an appearance of a conflict based on Whitaker's past public comments about the investigation, as the standard is whether a reasonable person would conclude that he couldn't be impartial. The ethics official tasked with dealing with the review described it as a "close call" whether Whitaker needed to step aside but believed, in his view, that Whitaker should recuse himself out of an abundance of caution.

A tight group of Whitaker's advisers who were heavily engaged in the ethics review process with him and ethics officials, then did their own review and ultimately recommended he not recuse himself.

Whitaker was of the mind that if it was deemed a close call, he did not want to bind his successors in a situation where there was only an appearance, not an actual legal conflict, according to the senior DOJ official close to the process.

As part of this process, ethics officials could not cite a single example or find precedent when an attorney general (or acting) was advised to recuse based on appearance only. The closest example that ethics officials could find was someone who had rendered opinions on a legal matter while in private practice and then later came to the Justice Department. It was found in that case that the employee did not need to recuse.

Not yet briefed on Mueller probe

While the process was ongoing, Whitaker was never briefed on the Mueller investigation, the source said. But Whitaker was given a heads up that President Donald Trump's former attorney Michael Cohen would plead guilty to lying to Congress about the proposed Trump Tower project in Moscow before it was publicly announced.

It is expected he will be briefed as acting attorney general now that he has stated his position on recusal.

Whitaker is expected to inform senators, many of whom have raised ethics concerns given his past criticism of Mueller's investigation, about this development sometime Thursday, though lawmakers' attention has also now turned to William "Bill" Barr, who President Donald Trump has nominated to be the next attorney general on a permanent basis.

If confirmed, Barr would oversee the Mueller investigation, though his recently surfaced belief that Trump's interactions with ex-FBI Director James Comey would not constitute obstruction of justice has raised concerns among Democrats.

California Democratic Sen. Dianne Feinstein said in a statement that the Barr memo was "very troubling" and contended it meant Barr had argued "the President is above the law."

"We need answers as to why Barr proactively drafted this memo and then shared it with the deputy attorney general and President Trump's lawyers," read the statement from the top Democrat on the Senate Judiciary Committee.

Virginia Democratic Sen. Mark Warner, the vice chairman of the Senate Intelligence Committee, told CNN he wants President Trump to "withdraw" the nomination of Barr in the aftermath of news of the memo showing Barr raising concerns about the Mueller probe, and he also sharply criticized the decision by Whitaker to not recuse from the Mueller probe.