Driverless Ohio: How the state has positioned itself for an autonomous future 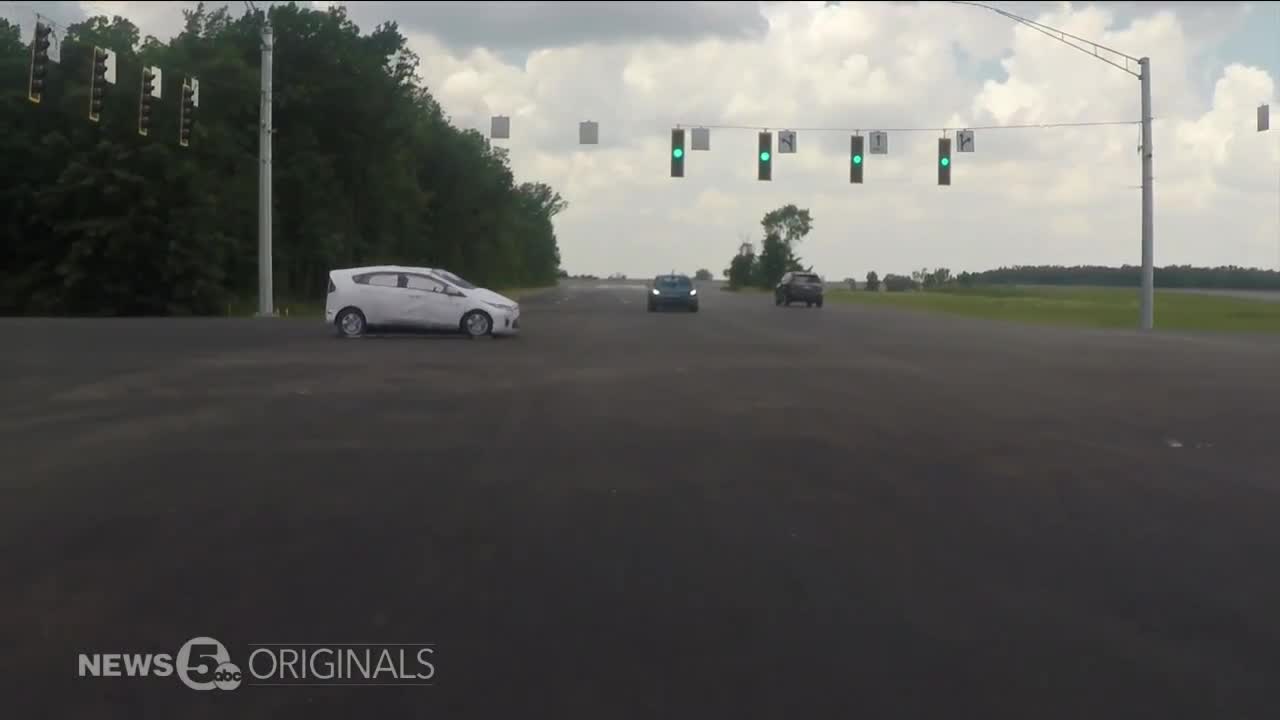 When it comes to driverless and autonomous vehicles, experts believe it is a matter of when – not if. 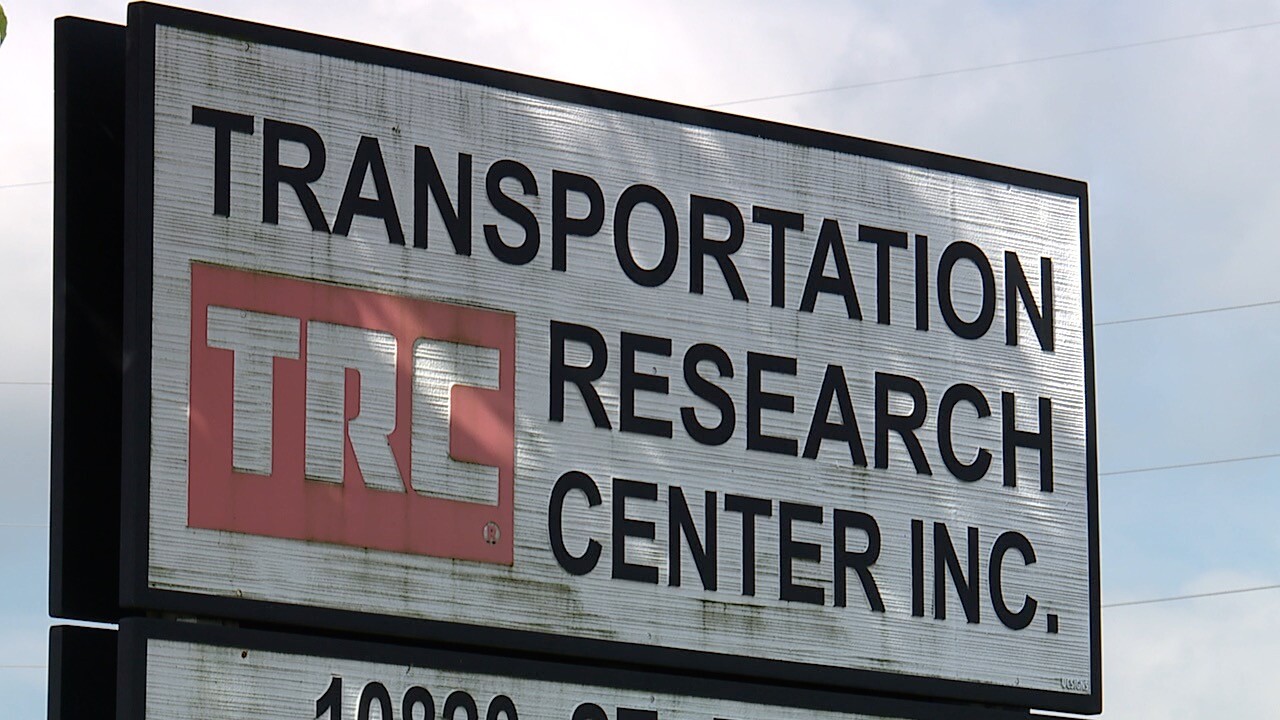 COLUMBUS — When it comes to driverless and autonomous vehicles, experts believe it is a matter of when – not if. Despite the immense technological, ethical and policy-centered challenges that driverless and connected vehicle technology faces moving forward, officials are trying to position the state of Ohio as a leader in the emerging space.

For more than a century, four wheels and an internal combustion engine have meant freedom; you can go anywhere at any time. Coming from humble beginnings, the auto industry has become, at times, an unwieldy behemoth but, nevertheless, it has helped to foster innovation and create the middle class. The concept of the family car (or cars) is as American as apple pie.

The recipe, however, is changing.

“Up until now, independence and owning a car have been synonymous. I’m going to propose to you that they can be separated,” said Dr. Robert Simons, a professor of urban planning and real estate development at Cleveland State University.

As part of his position at CSU, Simons is afforded the opportunity to research topics that interest him. Initially, Simons began studying driverless and autonomous cars and how the technology may affect land use and parking in the coming decades. Since beginning his research, Simons has also delved into the potential impact that the technology may have on the economy and the workforce.

“I’m expecting that by 2030 we’re going to have a market penetration of driverless vehicles between 10 and 30% of all trips,” Simons said.

“I expect that there will be robo-fleets, which is to say that there will be private companies that will own fleets of vehicles that will provide an Uber-like or Lyft-like service to people on an app or phone basis,” Simons said. “A vehicle manufacturer, a software firm and an operating firm are all going to get together and you will see that with [electric vehicles] and no drivers, those companies can make money at $0.25 cents per mile."

Although all of the major automakers and tech companies have begun testing and researching driverless vehicle technology, price and customer preference will be some of the most prevalent determining factors in how quickly the technology is adopted, Simons said. Currently, the average personal vehicle costs its owner between $0.80 to $1.20 per mile. That vehicle is only used about 5% of the time, Simons said. In Simons’ robo-fleet scenario, the vehicles would be used roughly 50% of the time and would cost an average of $0.20 to $0.70 per mile. Such a change could save the average American family $3,000 to $7,000 per year.

However, proponents of the technology say the cost savings pale in comparison to the number of lives that could be saved. According to the National Highway Traffic Safety Administration, more than 3,000 Americans are killed in crashes every year. An overwhelming majority of those crashes – more than 90%– are the result of driver error.

“In this country we say, ‘It’s so bad that they died in a car wreck.’ But you know what? When somebody takes down the World Trade Center, that’s a mass casualty event. We’re not looking at driver deaths or traffic deaths as mass casualty,” Simons said. “Why not? It really is. It’s avoidable.”

Burrowed into more than 4,500 acres of Central Ohio prairie, the Transportation Research Center outside Columbus largely remains hidden behind cornstalks. Spread across the sprawling compound and connected by winding, secure access roads are multiple buildings – compounds, even – that are used by some of the word’s largest and most recognizable companies. The TRC’s customer list is confidential, however, and much of the testing that occurs on the property is proprietary.

During a tour of the property earlier this month, TRC staff showed off the newly-opened SMARTCenter, a state-of-the-art, $45 million testing and proving ground facility for driverless, autonomous and connected vehicle technologies. Inside the large building are multiple testing bays where customers and TRC researchers can test, adapt and re-test new advancements in the technology. Researchers have access to specialized foam figurines that provide life-size representations of pedestrians, bicycles and deer. Those figurines, which also include a realistic foam car, can be attached to motorized sleds that can be launched at speeds up to 65 miles-per-hour.

The tools of the trade are used in conjunction with a six-lane, ‘smart’ intersection that has been fitted with specialized cameras, sensors and other technology.

“It allows us to create that repeatable and safe environment to test not only the every-day cases but also the edge cases,” said Alex Lybarger, a senior research and development engineer at TRC. “What we’re very proud of here at TRC is our ability to do those tests in a repeatable and safe manner with consistency.”

Originally built in the 1970s, TRC is the most comprehensive automotive testing and proving ground in the country. Lybarger, an Ohio native and graduate of OSU, began working at TRC after a long stint in the research and development division for Honda. With the completion of the SMARTCenter, TRC is also able to perform the testing for smaller customers like tech startups looking to enter the driverless vehicle space.

“We’re providing that turnkey service so a customer can drop off a car and get a full third-party view of that testing,” Lybarger said.

If the TRC is the engine behind Ohio’s journey into driverless vehicle investment, DriveOhio, a consortium of public and private entities, is the steering wheel. The collaborative effort serves as the main point of contact for all things driverless in the state. Supported by the Ohio Department of Transportation, DriveOhio and its partners have already undertaken numerous pilot projects, including autonomous shuttles in downtown Columbus and the installation of high-capacity fiber optic line along Highway 33 outside Columbus. The latter initiative will allow future autonomous vehicles to be tested in real world environments.

What Detroit was to the affordable car, Ohio hopes to be to the driverless car.

“Benefits include elderly people getting to doctor’s appointments, people that have disabilities or a lack of mobility freedom. It’s all about access and safety,” Stedke said.

Stedke said DriveOhio also has several working groups that will help lawmakers draft and implement policy changes as the technology develops. With driverless vehicles and, ultimately, the full adoption of electric vehicles, state lawmakers will have to devise new ways to generate revenue. Currently, the state imposes a tax on gasoline, which generates revenue to pay for road repairs and large-scale road projects.

Earlier this month, the U.S. Department of Transportation awarded ODOT and a group of other organizations, including TRC, to create a demonstration plan to test driverless vehicles in rural areas. Accompanied by $10.3 million in matching funds, the total infusion of money amounts to $17.8 million.

“I think it’s going to provide us a great opportunity to get this technology into those areas and test it and deploy it and then [research] the different things that come up along the way,” said Patrick Smith, the interim executive director for DriveOhio. “There’s a lot of value to that.”

Despite the tangible benefits of autonomous vehicle technology, the state and the rest of the nation will be forced to reckon with the potential impact on the workforce and economy. According to the Council for Economic Advisors, as many as 3.1 million jobs will be eliminated or significantly altered by driverless vehicles. One of the largest industries, auto insurance, will be forced to undergo major changes.

“Car dealerships, body shops, car insurance – anything associated with operating a motor vehicle – will be impacted, even organ donations,” Simons said. “There is a whole ripple effect there.”

“It is a significant priority for us. We have dedicated staff… with workforce development being a part of that portfolio that looks at the current workforce, the emerging workforce and the future workforce,” Smith said.

In addition to the policy and economic challenges that driverless vehicles present, there are also significant technological hurdles that must be overcome. According to a report from the Ohio House Transportation Committee, if just one percent of the state’s motor vehicles went autonomous, those vehicles would generate 186 petabytes -- or 186 million gigabytes -- of data every day.

That is enough data to fill up 372,000 computers with a 500-gigabyte hard drive. Storing that data for legal and law enforcement-related purposes would cost more than $60 million per day.

Then, there are the ethical dilemmas that autonomous vehicles present.

“Two come to mind but there are a plethora of ethical issues,” Simons said. “Who is going to program who lives and who dies in the event of a crash? If a vehicle is faced with the chance to go straight and kill three people or turn to the right and kill five people, it is probably going to be programmed to go straight. But the question is, who is going to program the vehicle’s decisions to life saving.”