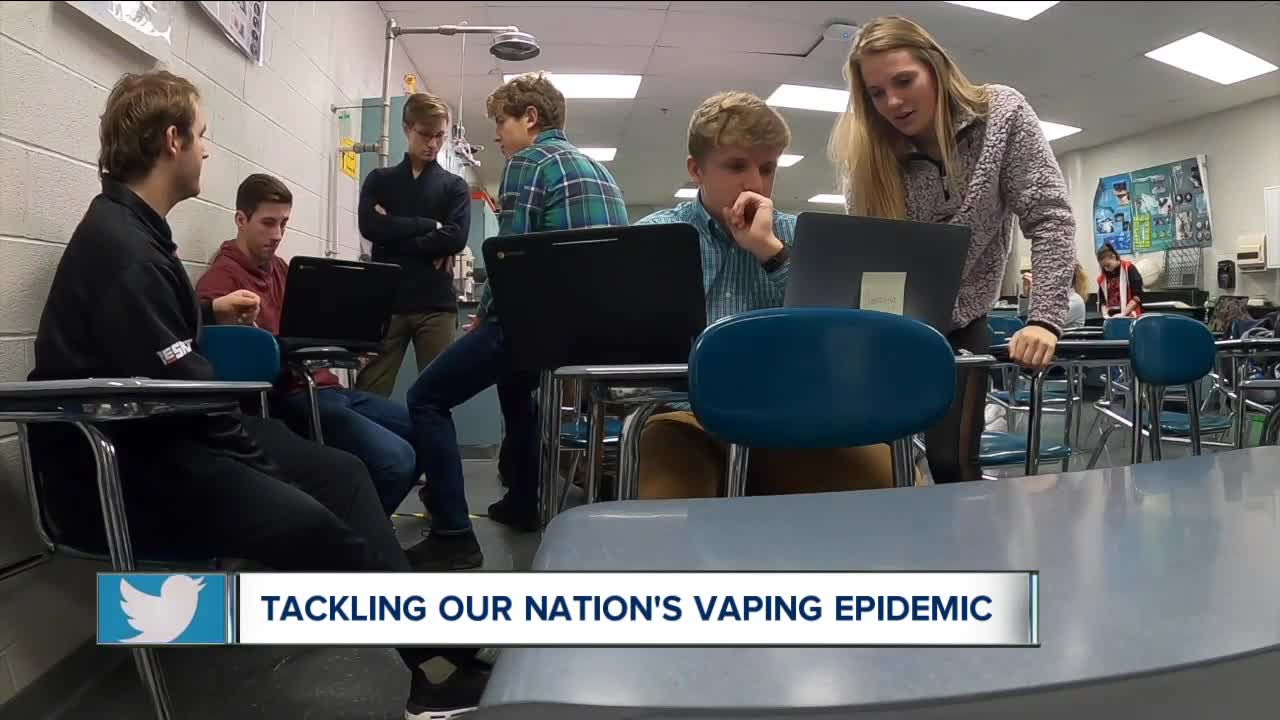 Green High School STEM students could soon be headed to New York to present a community project to tackle the nation's vaping epidemic at an affordable cost.

GREEN, Ohio — Green High School STEM students could soon be headed to New York to present a community project they have been working on for months.

The students are competing in the Samsung “Solve For Tomorrow” challenge, in which they work to find solutions for problems in their communities.

The STEM students hope to tackle our nation’s vaping epidemic at an affordable cost.

Within a matter of just a couple of years, the popularity of e-cigarettes and vaping products has skyrocketed.

“Even in the classroom students would be sucking on a vape or blowing a cloud just in the middle of class,” Nicholas Breth said.

Vape users have quickly identified ways to bypass technology used to detect vapor in the air. These devices have been placed in several school restrooms around the country.

“Right now we have sensors in the bathroom,” Breth said, “They’re a thousand dollars a piece and they use laser technology. That senses smoke and the actual vapor in the air.”

“It’s become a big issue. Kids are leaving classes to go vape,” teacher Chris Kriebel said, “And we’re aware of it but we have a really hard time catching them.”

Breth, the student who dreamed up the prototype, said vape users have found creative ways to conceal the devices at school or work.

Research by NASA in 1970 inspired a new approach drawn up by the Green High School students, in which they hope to create a sensor using nano-spun fibers to detect a chemical component in the vape cartridges.

“It specifically goes after glycol, which is the main component in vape juice,” Breth said.

The prototype is still in the works, but students eventually plan to pair the sensor with an app that will keep parents and teachers in the loop about what teenagers are up to.

If the students are granted the trip to New York, they will present their prototype to a panel of Samsung scientists.

They could potentially win $100,000 for STEM programs at Green High School.