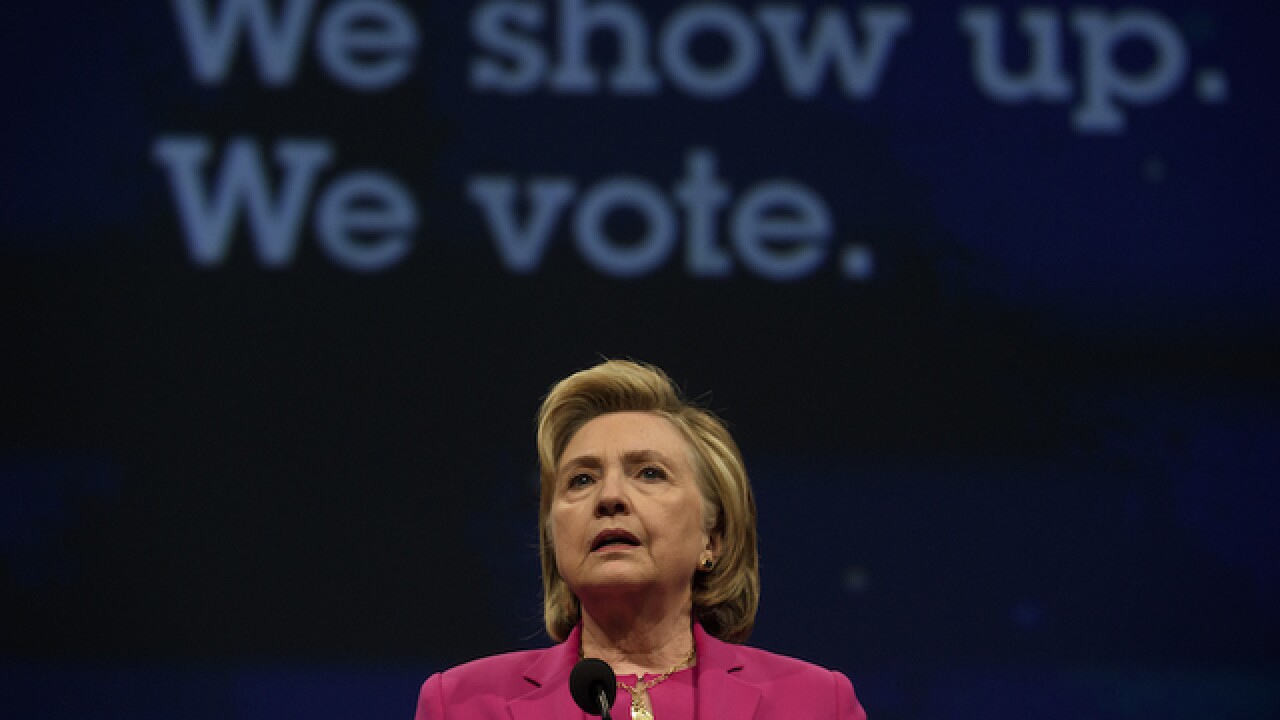 Copyright 2018 Scripps Media, Inc. All rights reserved. This material may not be published, broadcast, rewritten, or redistributed.
Jeff Swensen
<p>PITTSBURGH - JULY 13: Former Secretary of State Hillary Clinton speaks to the audience at the annual convention of the American Federation of Teachers Friday, July 13, 2018 at the David L. Lawrence Convention Center in Pittsburgh, Pennsylvania. (Photo by Jeff Swensen/Getty Images)</p>

In an op-ed  for the Wall Street Journal, a former top advisor to both Hillary and Bill Clinton says he believes Hillary will run again in 2020.

Mark Penn, a pollster and senior adviser to Bill and Hillary Clinton from 1995-2008, and Andrew Stein, a former Democratic Manhattan borough president and president of the New York City Council, write:

Get ready for Hillary Clinton 4.0. More than 30 years in the making, this new version of Mrs. Clinton, when she runs for president in 2020, will come full circle—back to the universal-health-care-promoting progressive firebrand of 1994. True to her name, Mrs. Clinton will fight this out until the last dog dies. She won’t let a little thing like two stunning defeats stand in the way of her claim to the White House.

It's a curious op-ed, noteworthy for what the authors chose to say -- and what they didn't.

The authors make stunningly frank admissions such as:

Mrs. Clinton’s transformation during the primaries, especially on social and cultural issues, cost her an easy win against Donald Trump. As Hillary 3.0 catered to the coastal elites who had eluded her in 2008, Mr. Trump stole many of the white working-class voters who might have been amenable to the previous version.

And then there's this:

Richard Nixon came back from his loss to John F. Kennedy in 1960 and won the presidency in 1968. He will be the model for winning again.

Yes, that's just how every Democrat likes to cast themselves: as the next Nixon.

But Penn and Stein know something we don't. They have some insight into how Clinton thinks, and this is what they think she thinks:

But after two years of brooding—including at book length—Mrs. Clinton has come unbound. She will not allow this humiliating loss at the hands of an amateur to end the story of her career. You can expect her to run for president once again.

Left unsaid by the authors: how Hillary would top the "amateur" who beat her in 2016.

What does Clinton have to say?

In an interview , she recently had this back and forth with recode's Kara Swisher:

HC: Well I’d like to be president. I think, hopefully, when we have a Democrat in the Oval Office in January of 2021, there’s going to be so much work to be done. I mean we have confused everybody in the world, including ourselves. We have confused our friends and our enemies. They have no idea what the United States stands for, what we’re likely to do, what we think is important, so the work would be work that I feel very well prepared for having been at the Senate for eight years, having been a diplomat in the State department, and it’s just going to be a lot of heavy lifting.