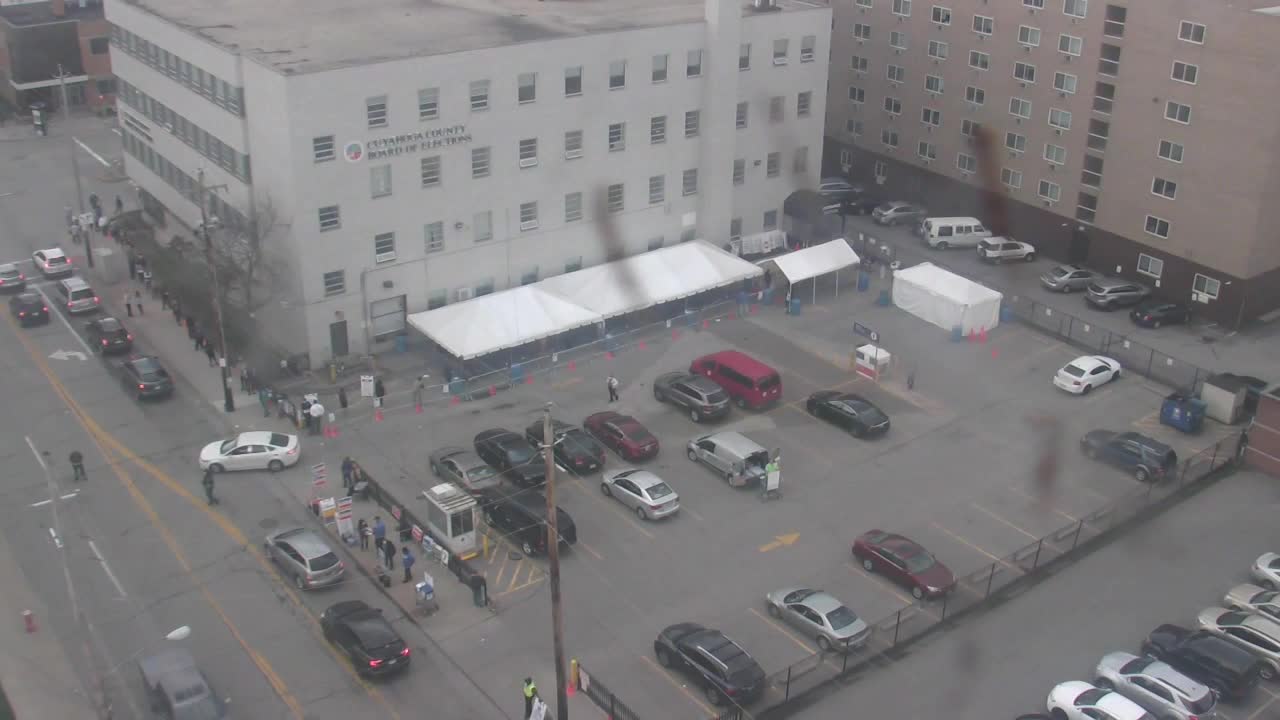 Cars were lined up outside the Cuyahoga County Board of Election all day Tuesday as people were dropping off their absentee ballot to be counted in the Primary Election.

CUYAHOGA COUNTY, Ohio — The Cuyahoga County Board of Election said results may not be counted until after midnight due to the amount of ballots they received.

The Board of Elections said they received a much larger number of ballots than anticipated.

Ohio Secretary of State Frank LaRose set a 10 p.m. deadline for scanning ballots, but Cuyahoga County doesn't expect to be done until later than that.

The Board received over 20,000 ballots Tuesday morning.