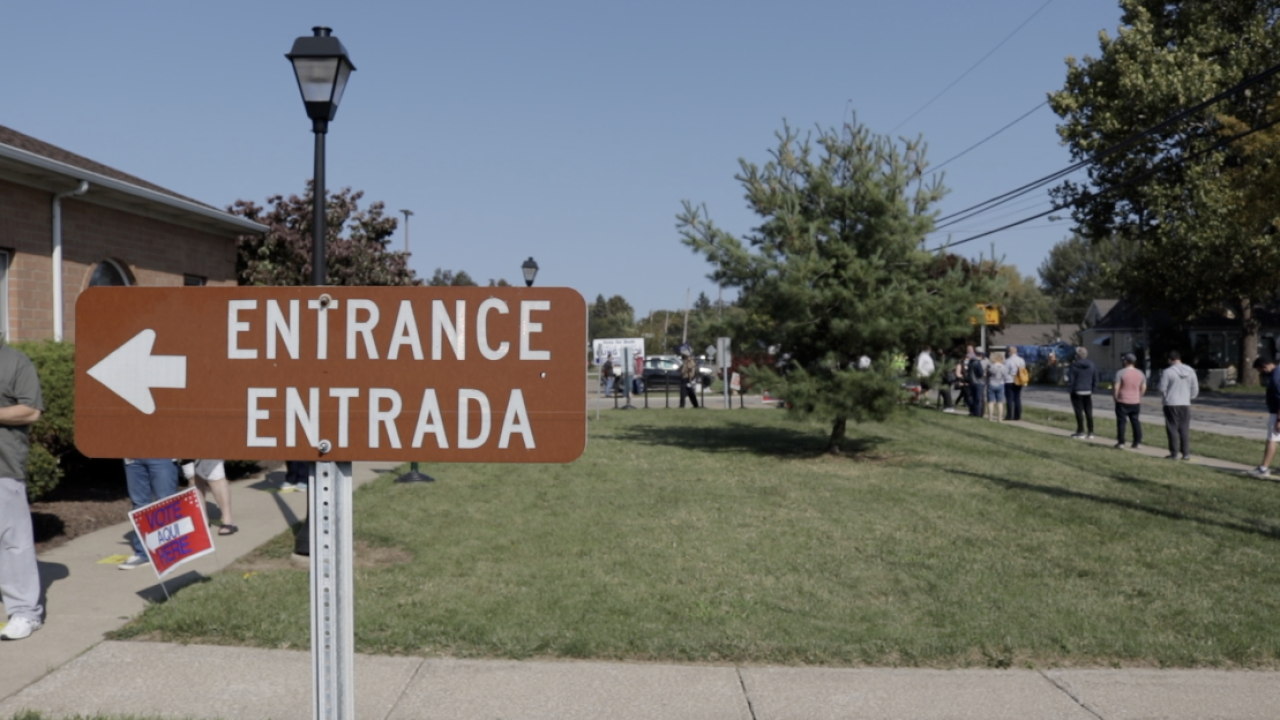 CLEVELAND — ​Millions of ballots are cast in the United States every election.

This year, boards of election across the state are expecting higher than normal turnout.

So far, the Ohio Secretary of State's office reports 2,470,268 absentee ballot applications have been filed with boards in Ohio.

In a press release on Oct. 13th, Secretary Frank LaRose said "voter enthusiasm is off the charts and we couldn't be happier."

With a fired-up electorate and poll numbers showing a tight race in the Buckeye between incumbent President Donald J. Trump and democratic nominee former Vice President Joe Biden, every vote weighs heavily on the outcome of the 2020 election in the state.

RELATED: Another poll shows presidential race still too close to call in Ohio

But every election, thousands of ballots are rejected and not counted for a myriad of reasons.

"That rate is usually higher in kind of particular areas," said Mia Lewis with Common Cause Ohio.

People in the country have been voting for several weeks but with Nov. 3rd less than two weeks away, News 5 took a look at the ballot rejection data from the 2016 Presidential election.

But in a close election, those votes could make a difference.

So many are taking advantage of early in-person voting and dropping absentee ballots into drop boxes across the state.

"I think more people are looking at it saying they want to know that their votes are counted. They're not going to take on a possible disruption of the postal system. They don't want to wait in line at their local precinct," said Robert Clancy.

Clancy, a Lorain County voter wouldn't disclose who he was going to vote for in 2020 but said this is this would be the third election he's come early to vote in person.

"You need to vote," he said. I'm glad to see all these people are here to do that."

On a Friday in mid-October, Clancy was one of a handful of people standing six feet apart outside the Lorain County Board of Elections office.

"They know that the vote is the thing that's going to make the difference," he said about the line of people that kept growing outside the office.

But officials are worried there could be too much crossover if people decide to come vote in person even after requesting a mail-in ballot.

"If you ask for a vote by mail ballot, please use it. You can mail it back to us or you can drop it off. And that will save you some extra trouble on Election Day," said Mike West with the Cuyahoga County Board of Elections.

If there is an issue with a ballot, West and Paul Adams from Lorain County, said there is a process to fix it - or "cure" the ballot - before the post-election canvass.

"If you do have some mistake on your ID envelope, we don't just throw it into a pile and say, well, we're not going to count that," Adams said. "We are going to go through a process contacting the voter."

Ohio voters can track their ballots online. If there is an issue, West and Adams said the boards would send a S-11 form to rectify the problem.

Despite the potential issues, Clancy said it's important to cast a ballot any way possible.

"You need to let the people in the government offices know what you feel, whether it's one vote or a million votes. They got to know," he said.

So far, more than 193,000 early ballots have been cast in-person across the state.