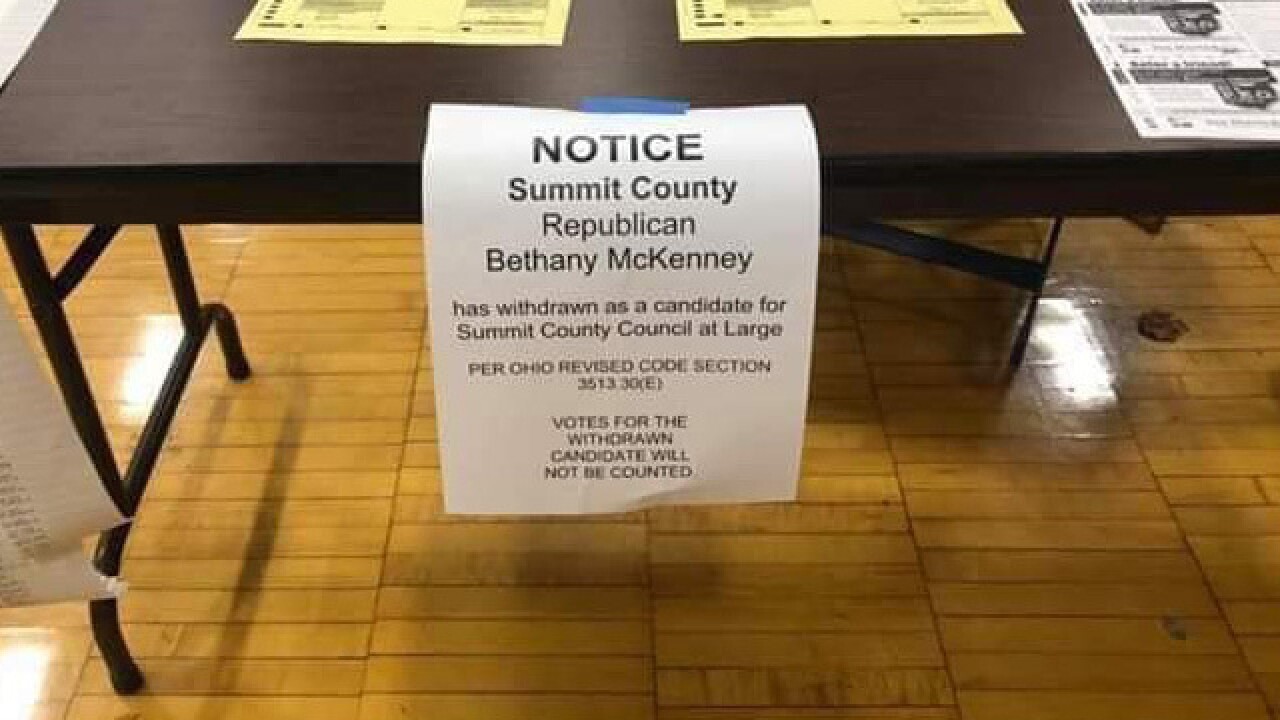 The sign said council candidate Bethany McKenney had dropped out of the race.

The Board of Elections was made aware of the signs shortly after 7 a.m. Tuesday and ordered all polling locations to be checked for the signs.

An error like this could lead a candidate to contest the results, Director of the Board of Elections Joe Masich, told the journal.

"It doesn't appear this was malicious," Masich said.

McKenney told the journal that she has no idea how many votes the signs cost her candidacy.