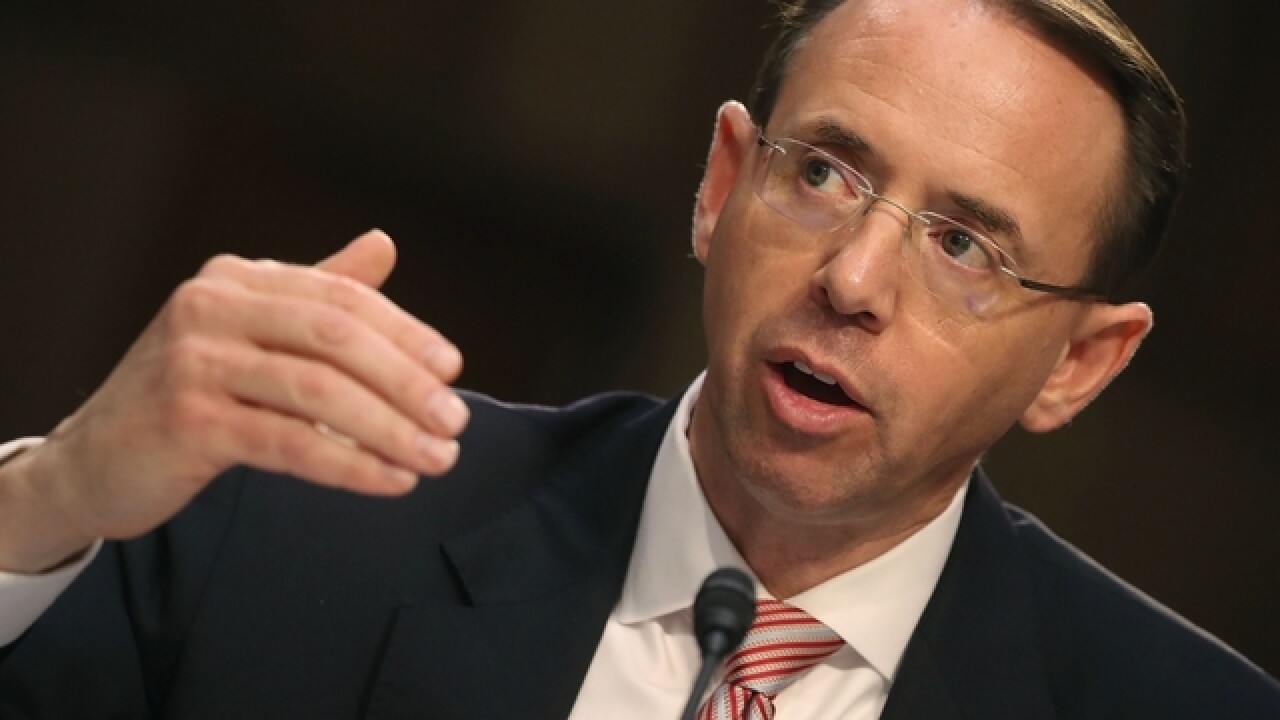 Deputy Attorney General Rod Rosenstein headed to the White House on Monday expecting to be fired by President Donald Trump, a person familiar with the situation told The Associated Press.

Trump himself was in New York for a meeting of the U.N. General Assembly.

The development comes three days after news reports indicating that last year Rosenstein had raised the idea of secretly recording Trump and of invoking the Constitution to have his Cabinet remove him from office.

Any termination or resignation would have immediate implications for special counsel Robert Mueller's investigation of possible collaboration between Russia and the Trump campaign before the 2016 election. Rosenstein appointed Mueller and oversees his investigation.

Trump had previously contemplated firing Rosenstein in April after FBI raids of the office and home of the president's longtime personal attorney, Michael Cohen, who has since pleaded guilty to several felonies and taken part in hours of interviews with Mueller. But the latest move comes after a New York Times report of Rosenstein comments early in 2017.

That report and an unsigned opinion piece by a senior official in the Republican administration played to some of the president's worst fears about a secret "Deep State" trying to undermine him from within the government.

The administration official, whom Trump has called for a federal investigation to unmask, wrote that there was a group of officials working to safeguard the country from the president's most dangerous impulses. And Trump's behavior had prompted "whispers" in the Cabinet of invoking the 25th Amendment, a move that was backed away from due to concerns it would "precipitate a constitutional crisis," the writer said.