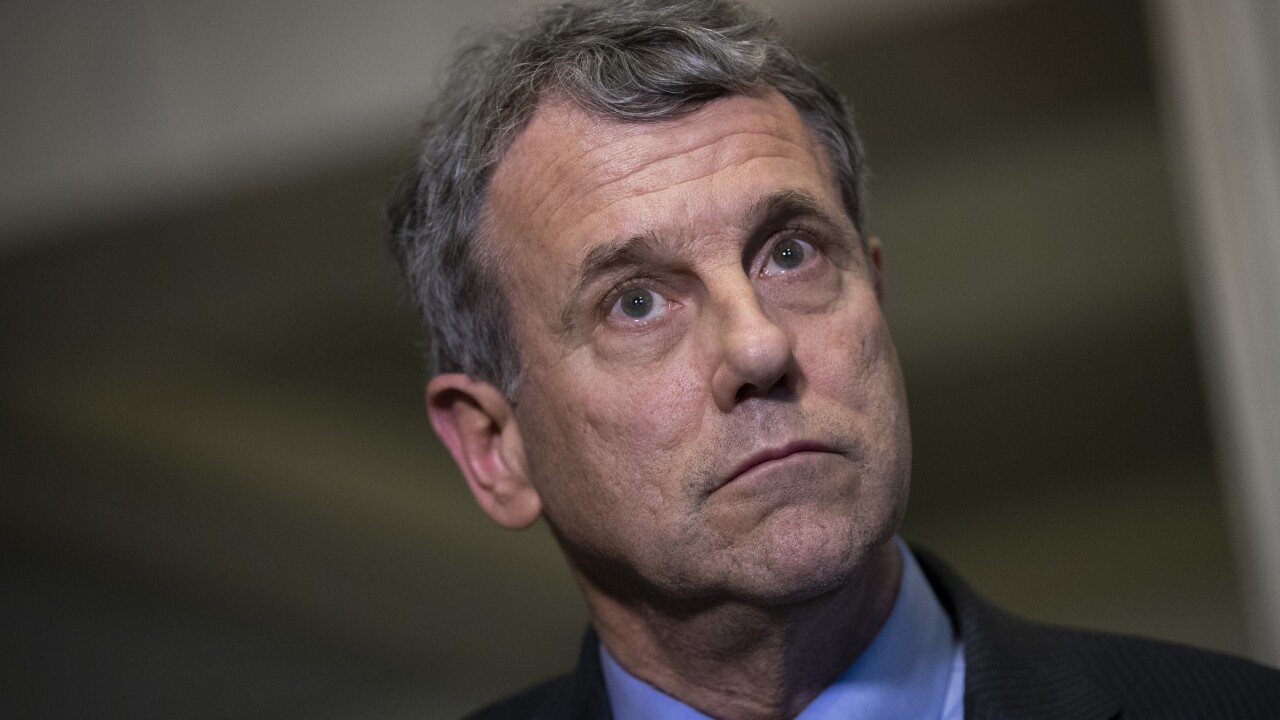 Drew Angerer/Getty Images
WASHINGTON, DC - DECEMBER 5: Sen. Sherrod Brown (D-OH) looks on during a press conference after meeting with Mary Barra, chief executive officer of General Motors (GM), on Capitol Hill, December 5, 2018 in Washington, DC. GM is under fire for plans to cut around 8,000 salaried workers and 3,300 hourly workers in the United States. The plants currently slated to close are in Lordstown, Ohio, Detroit and Warren, Michigan and Baltimore. (Photo by Drew Angerer/Getty Images)

“I start by asking the presiding officer to wear a mask," Brown said.

“I don’t wear a mask when I’m speaking,” Sullivan said. “I don’t need your instruction.”

The moment has since gone viral on Twitter, being shared across the country thousands of times.

Once again, I asked my Republican colleagues to stop endangering all the Senate workers - and simply wear a mask when presiding over the Senate.

Once again, they refused. pic.twitter.com/lykJO8MWmI

Sullivan hasn’t tweeted anything about the incident.