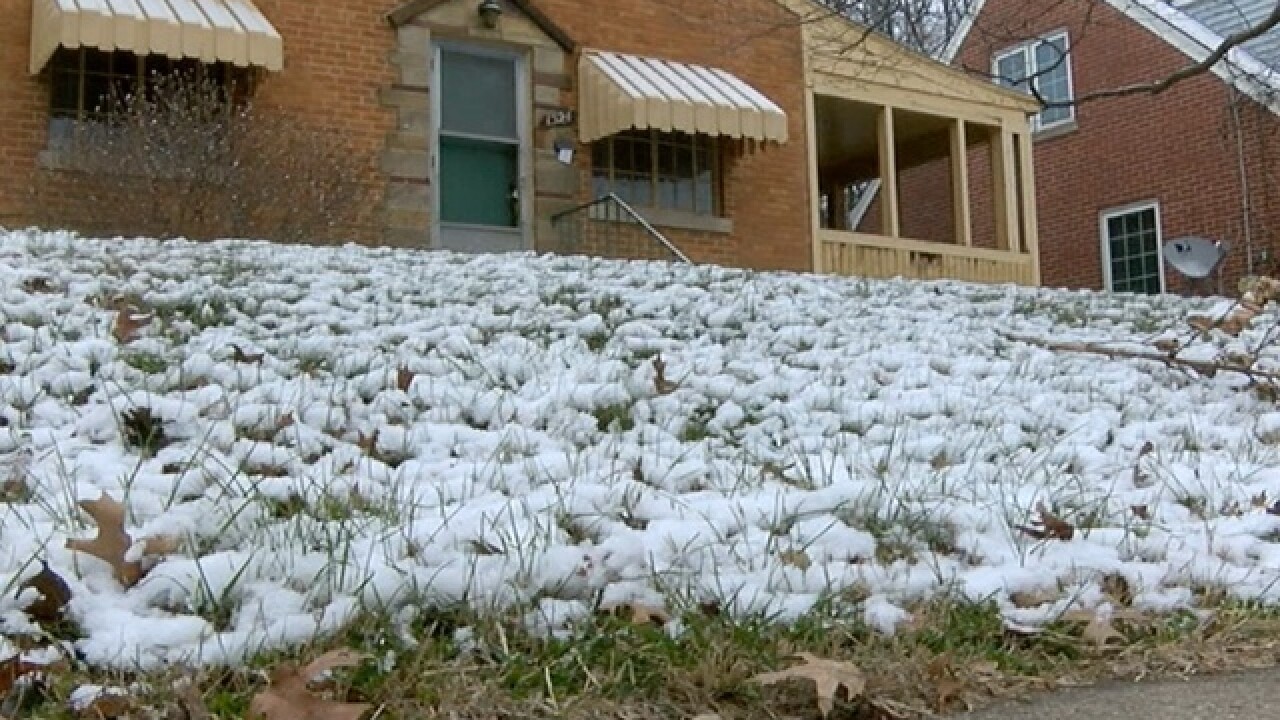 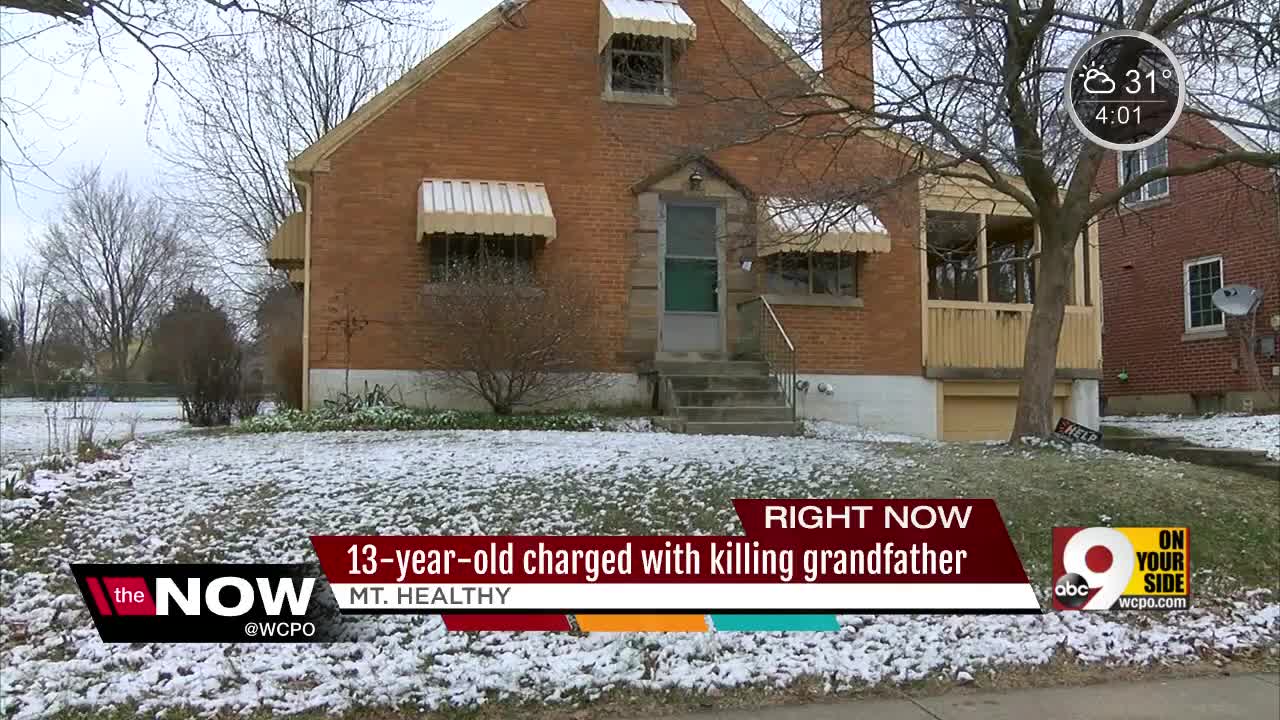 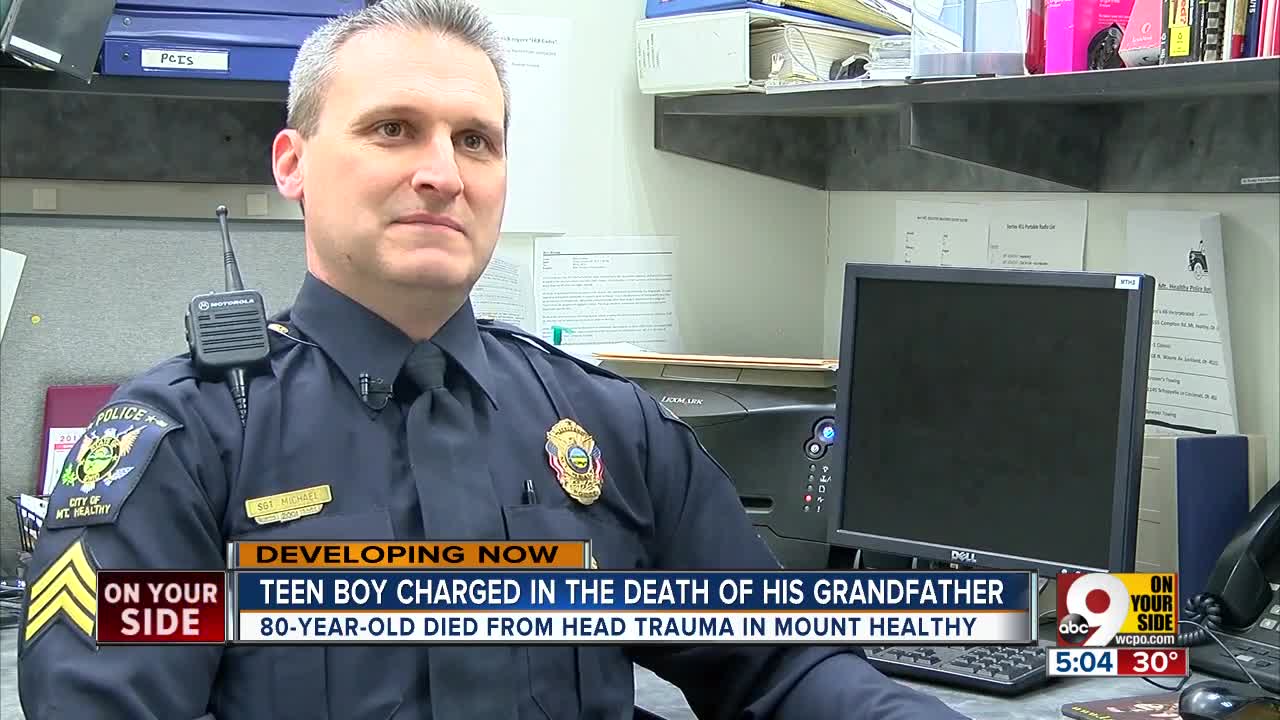 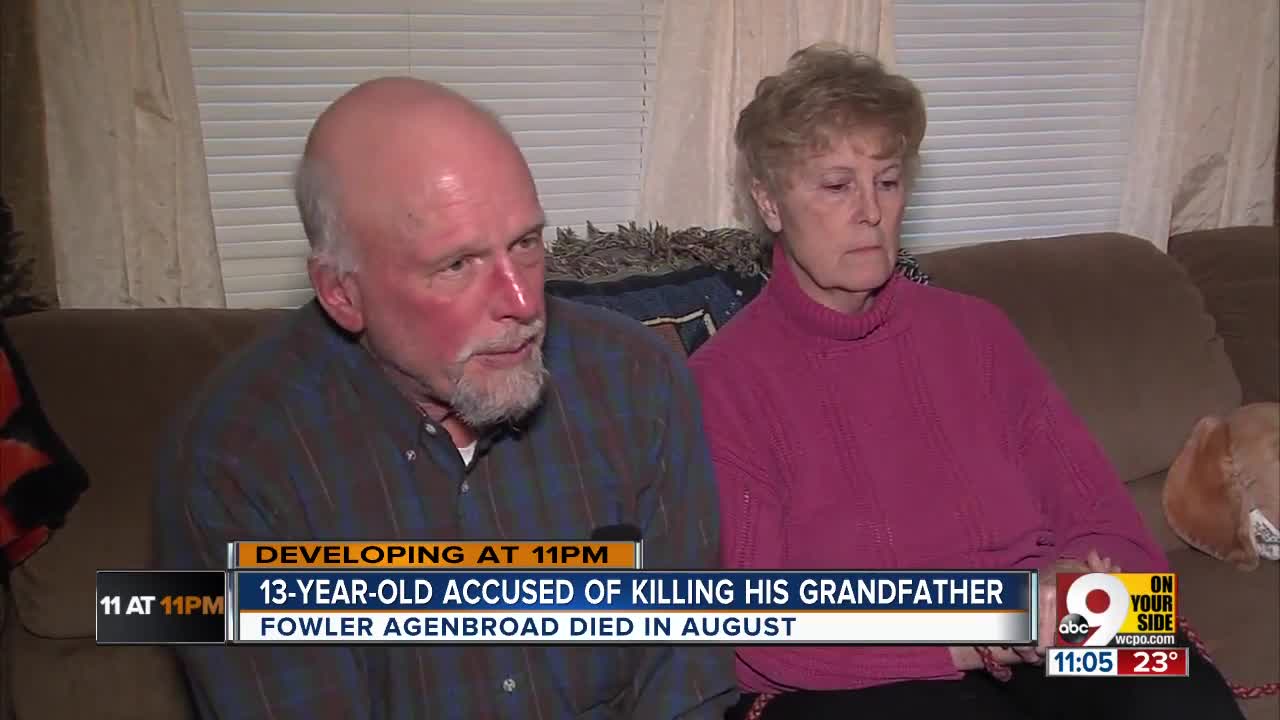 MOUNT HEALTHY, Ohio -- A 13-year-old Mount Healthy boy is charged with murder in the death of his grandfather.

Police arrested and charged Alexander Agenbroad with murder in the August death of his 80-year-old grandfather, Fowler Agenbroad.

Police said Fowler Agenbroad was found unresponsive with head trauma in his Mount Healthy home Aug. 5, 2016. The 80-year-old's head may have gone through a wall, according to court documents.

At the time, 12-year-old Alexander was charged with domestic violence. The charge was increased to murder on Tuesday, more than eight months later.

"It's never easy to deal with any homicide," Sgt. Nick Michael of Mount Healthy police said. "When there is a young child like this involved, it makes it even harder for us, but we have to stay focused and make our decisions based on facts."

Alexander Agenbroad's mother and father both died of drug overdoses; his grandfather was awarded custody. According to neighbors, the pair were known to argue and Alex had struggled after losing his parents. Hamilton County Prosecutor Joe Deters said the two had a history of domestic violence.

"(Alexander) got caught up with a couple of kids that took him the wrong way, and then he just kind of -- we never got him back, so to speak," said Jim Rahn, who identified himself as a close friend of Fowler Agenbroad.

Still, they never anticipated that the conflict between grandfather and grandson could end in death.

"Most people think (acts of domestic violence) are impulsive, but they’re incremental with somebody that experiences a profound sense of depression of anger, of emptiness and desperateness that continues to build, and then something triggers them," said forensic psychologist Stuart Bassman.

WCPO does not normally name juvenile suspects, except in cases with serious charges, such as murder, after police have publicly named said juvenile.

Deters' office is asking for a mental evaluation of the teen.

Alexander's next court appearance is scheduled for March 20 at 9 a.m.