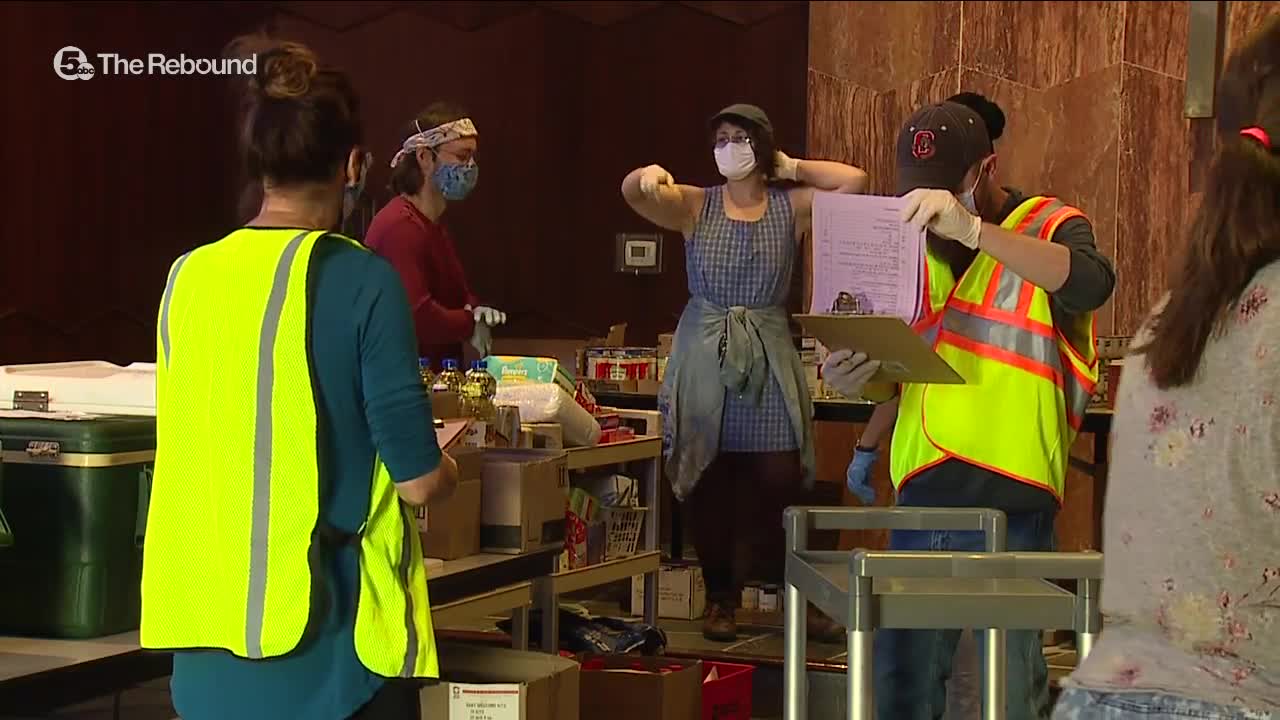 The massive disruption caused by the pandemic has led to significant surges in the number of people seeking assistance from non-profits like the Akron-Canton Regional Food Bank. 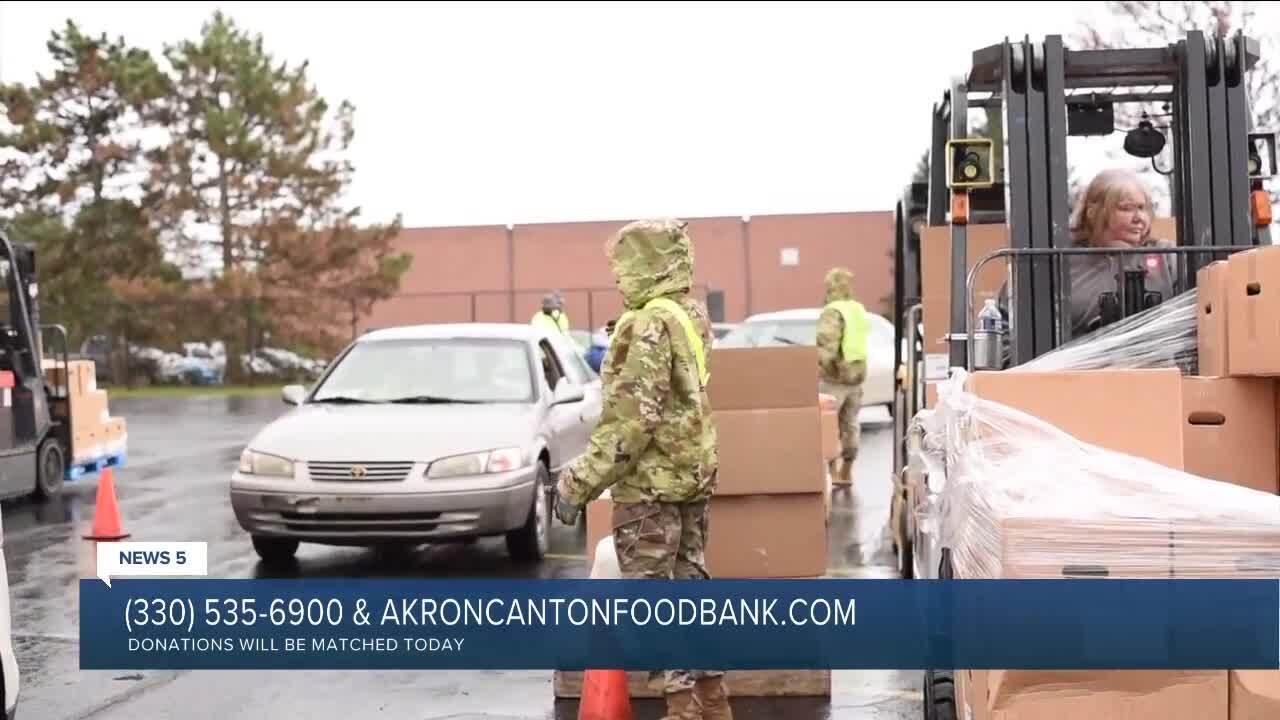 AKRON, Ohio — It is often said that a large number of Americans are one bad day or one bad week away from food or housing insecurity. The COVID-19 pandemic, unfortunately, put that on full display as millions of people were suddenly out of work and state unemployment systems were quickly inundated. The massive disruption caused by the pandemic has also led to significant surges in the number of people seeking assistance from non-profits like the Akron-Canton Regional Food Bank.

According to food bank officials, there has been a 21% increase in demand for services, causing the food bank’s stockpile to dip to a 10-year low. As many as 30% of all those served since the pandemic began in March are first time clients, officials said. The sharp increase in demand has also stretched across the food bank’s wide network of partner agencies, which include food pantries, hot meal sites and homeless shelters.

“There are some assumptions that people make about food pantries and who the clients of food pantries would be. Our volunteers sometimes make those same assumptions. We have to learn that food insecurity affects everyone,” said Rev. Nanette Pitt from First Congregational Church of Akron. “The food pantry is part of our food justice priority and goal of the church.”

Since 1986, First Congregational has partnered with Akron-Canton Regional Foodbank to provide quality food, produce and protein to people in the Akron area. Several years ago, First Congregational switched to a choice-based food pantry, where clients are encouraged to pick food items that they would like to eat.

“The choice pantry is an important shift for us in the food pantry model. Here, we named our food pantry 'Feeding Hope' because we wanted to do more than just give people a bag of food or groceries. We wanted people to feel that they were worthy and had dignity,” Rev. Pitt said. “Having the choice of which items you take each week gives you agency and it allows you to feel that you're seen as a human being. It allows you to feel that you have that dignity and worth that we believe is inherent in each person.”

The demand for First Congregational’s Feed Hope ministry was already increasing well before the pandemic began. Rev. Pitt said the number of meals distributed by the church more than doubled between 2017 and 2019.

The request for services in 2020 is expected to far exceed last year’s totals. First Congregational is one of 500 different partner agencies across the food bank’s eight-county service area, which, collectively, serves more than 260,000 people every year.

The food bank’s model of allowing partner agencies to purchase food from the food bank at significantly discounted rates — sometimes just pennies per pound — allows the non-profit to broaden its reach and serve each corner of its service area.

Like some of its other fellow partner agencies, First Congregational’s food pantry relies on the help of volunteers, many of whom started volunteering when the pandemic began. Many members of the church food pantry’s case of volunteers are older or immuno-compromised and subsequently had to stay home to avoid coronavirus exposure.

Joella McCann and her twin brother, Joesiah, are among those new volunteers.

“It shows people that you care and that they are out here and they have someone to be around to come see every week,” Joesiah said. “They have somebody to love on. It helps them to laugh and love so they can send that love to the next person.”

Every Tuesday morning and during the second and fourth Tuesday evening each month, the church’s food pantry begins to methodically deliver food and supplies to each car that lines up. The line will oftentimes stretch onto the neighboring road.

"Things like this really help me and other people to feed ourselves,” said client Crystal Gunther. “It’s a struggle. Sometimes you don't have an income coming in and you don't have anyone to help you…. It’s very helpful to me. I know I can eat the next day.”

To help the Akron-Canton Regional Food Bank better serve people like Crystal, the Scripps Howard Foundation, which is the non-profit arm of News 5’s parent company, has teamed up with the Akron Beacon Journal and WQMX as part of the "matching gift challenge."

RELATED: Double your impact — News 5 is matching donations to the Akron-Canton Regional Foodbank on Thursday

Because of the Scripps Howard Foundation’s donation, coupled with other anonymous donations, up to $32,000 is community donations will be matched. On any given day, each $1 donated allows the Akron-Canton Regional Foodbank to provide up to 4 meals. However, with the dolllar-for-dollar match, up to 8 meals can be provided for every dollar donated. You can donate by visiting the Foodbank’s website, akroncantonfoodbank.org, or by calling 330.535.6900. “Foodbankers” will be standing by from 6am-8pm to take your call.