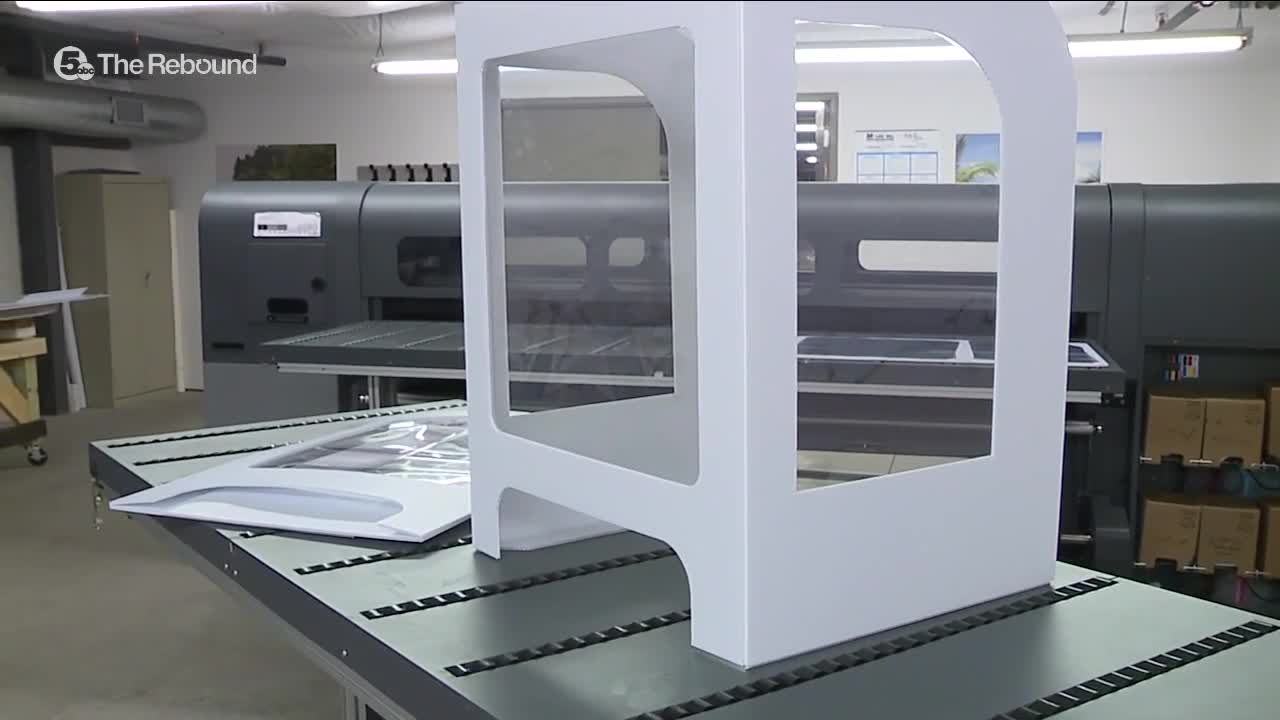 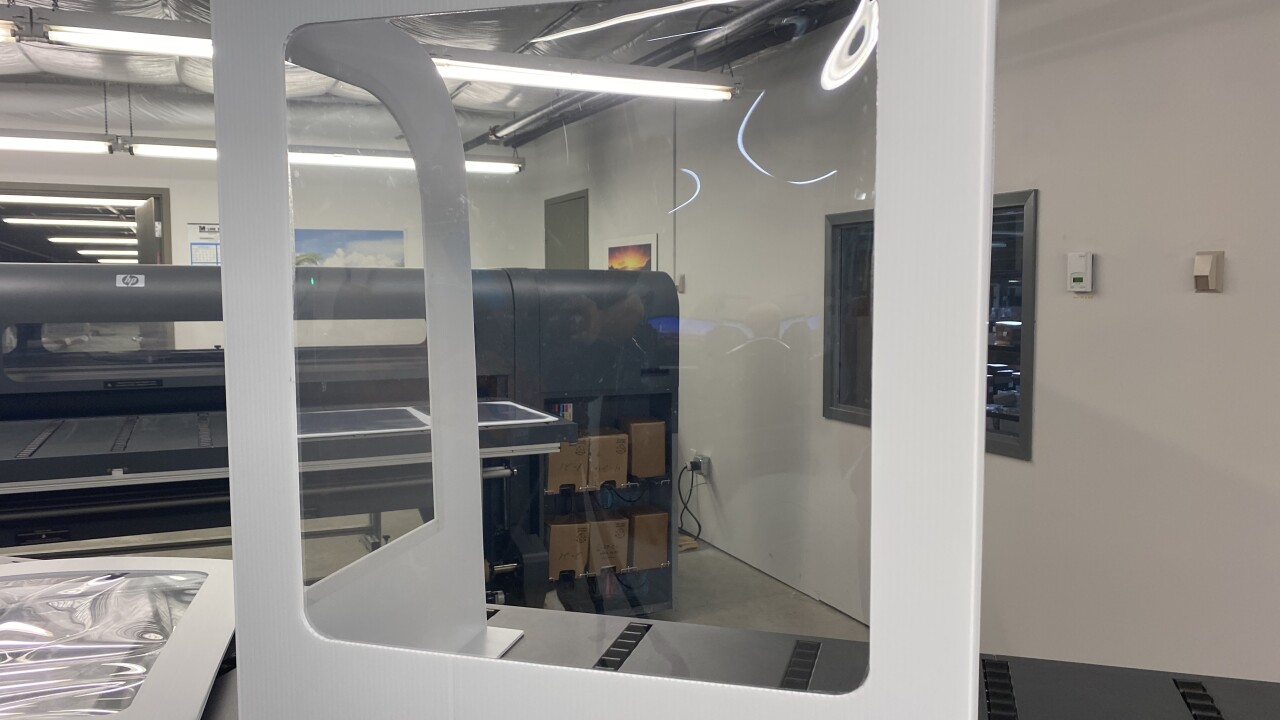 BRUNSWICK, OH. — M-Line is a packaging designer and distributor in Brunswick.

“Customers bring us their packaging challenges. We work with different tools and materials to just come up with a solution for them,” said Dan Mihacevich, the Vice President of Operations.

“It was kind of a one-time project that we thought we could help with,” said Mihacevich.

“My girlfriend is a teacher at Parma City Schools,” he said. “She really is concerned about her students. I told her about the project I was working on, and she said ’It would be great if we had something like that, but it had windows on the side, something where students could interact with each other and the teachers.’”

He created, what is now called, the “SAFE booth.”

It’s a durable, portable, plastic, see-through barrier that can fit right on each desk.

“It’s easy to store. If a student had to carry it from class to class, they could, and just prop it on their desk and be ready to learn,” said Mihacevich.

Mihacevich said he has talked to almost every school district in Northeast Ohio. Already, Wickliffe City Schools and Parma City Schools have purchased the SAFE booths.

Wickliffe’s superintendent Joe Spiccia said the district ordered around 1,600 barriers. He said every single one of their students will receive their own shield.

He said the students will be able to take the lightweight barriers from class to class with them.

“I think it gives people a little more confidence that they’re coming to work, and the students are coming to school in as safe an environment as we can,” said Spiccia.

Spiccia said it’s a cheaper option than buying plexiglass for every desk.

Mihacevich said the goal, right now, is to help get kids back inside the classroom.

“At the end of the day, if we got everyone back to school I think that would be a huge success, not just for Ohio, but for the country,” he said.

Both Mihacevich and Segrue said they see the barriers being used in far more than just schools in the future.

Right now, the barriers cost anywhere from $25 to $17, depending on how many are ordered.