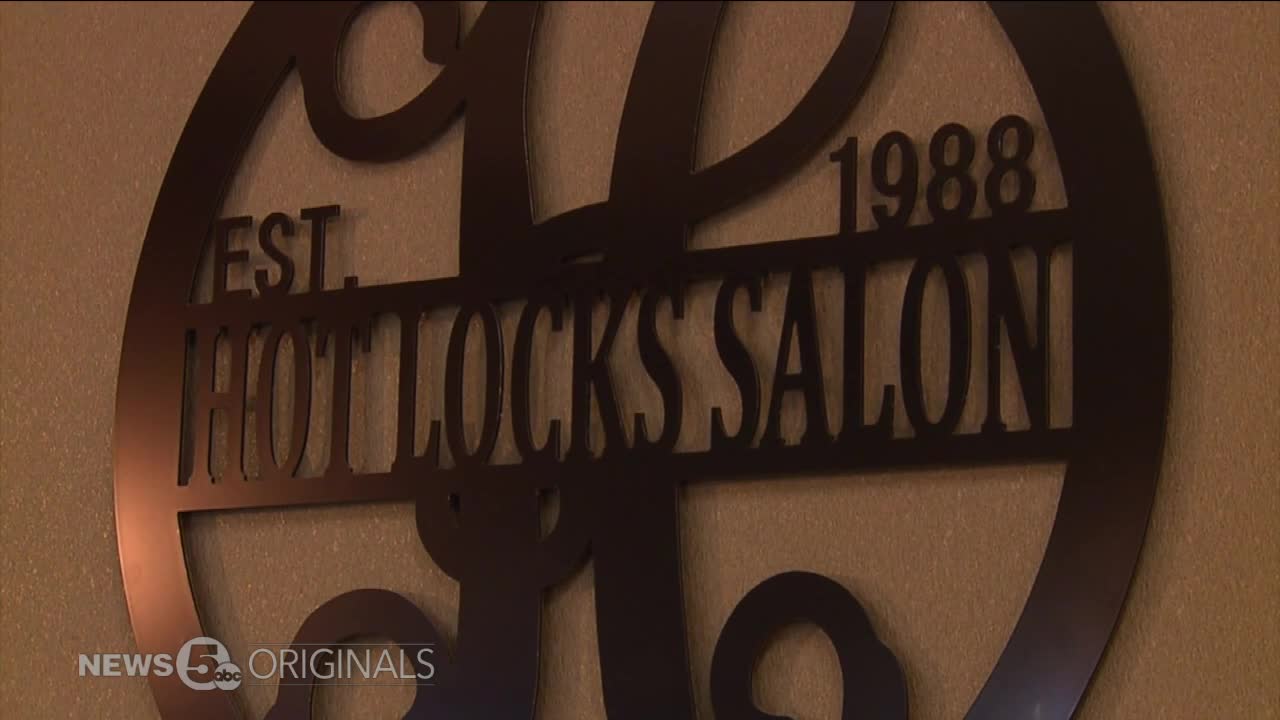 On Friday, salons and barbershops can finally re-open, bringing much needed relief to an industry that has been reeling. For Hot Locks Salon &amp; Spa in Westlake, however, some of that relief came weeks ago thanks to a small, nonprofit loan provider. 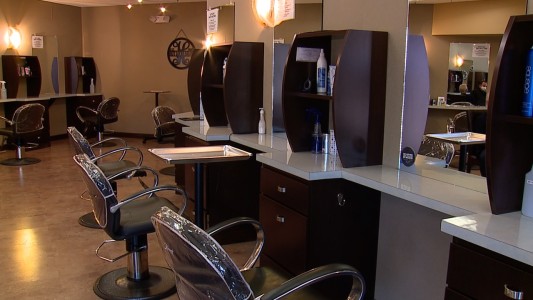 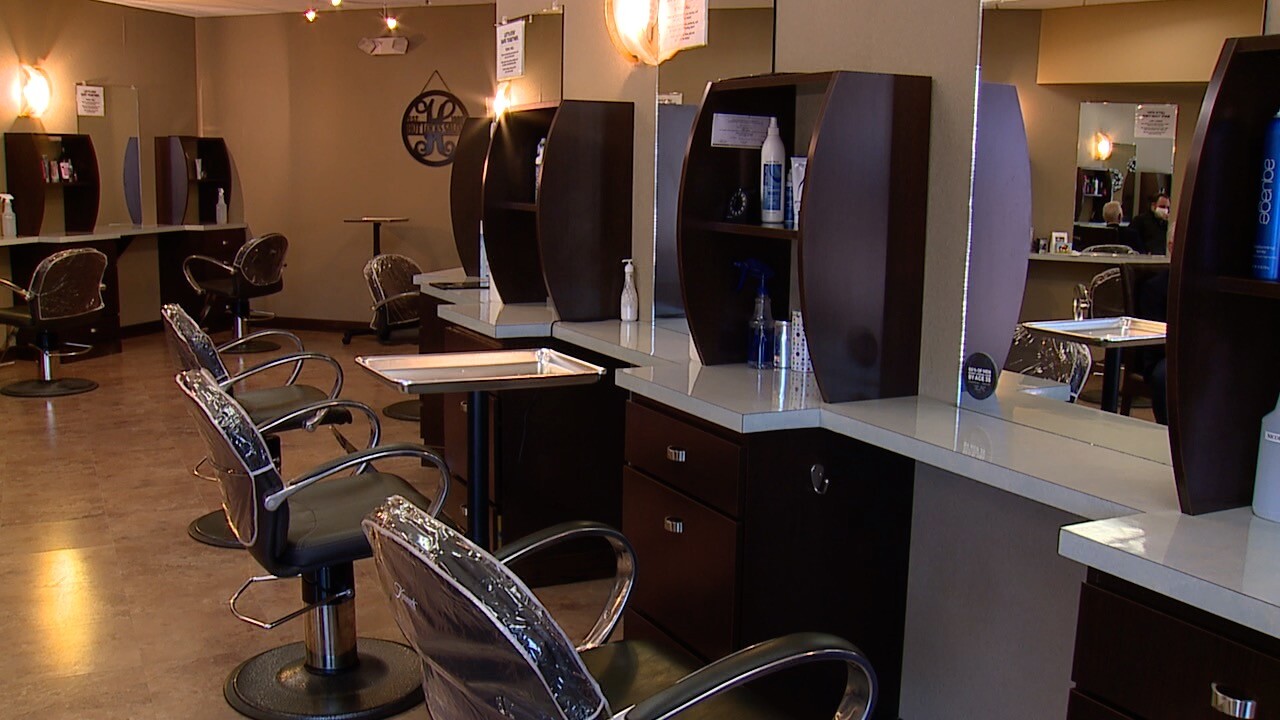 WESTLAKE, Ohio — After watching and waiting for weeks, the day has finally come for salon owners and those in desperate need of a cut and color. On Friday, salons and barbershops can finally re-open, bringing much needed relief to an industry that has been reeling. For Hot Locks Salon & Spa in Westlake, however, some of that relief came weeks ago thanks to a small, nonprofit loan provider.

Starting with just a few chairs in 1988, Julie Hrobat has built Hot Locks from the ground up. The salon has expanded to include more than 15 stations, a massage area, microblading and a manicure-pedicure room. Beauty and confidence go hand in hand, Hrobat said.

"I've always said when you have your hair done, it's the outfit you wear every day. Mentally, you need that to feel better about yourself and to be more confident," Hrobat said. "We've always been in the business where you make people feel better. Even if you're not going out of your house, your hair isn't done and your nails aren't done, you don't feel as positive."

In early March, the salon's staff of 25 employees put their scissors and razors down, unsure when they'd be able to see their clients and friends again. Gov. Mike DeWine and state health director Dr. Amy Acton issued orders to effectively close the beauty industry as a way to "flatten the curve" against COVID-19.

"It was really sad to see that you worked your whole life to build the business and then in a blink of an eye you were closed down," Hrobat said. "We didn't know if there would be unemployment for us. I immediately felt really bad for the staff. Then you think about all of your clients who hair is important and how you feel about yourself is important."

In addition to purchasing grocery store giftcards for some of her cash-strapped staff members, Hrobat wanted to ensure the salon would be in a position financially to re-open when the time came. Hrobat and her husband, Tim, reached out to their longtime bank when the Paycheck Protection Program (PPP) opened in early April. Instead of assistance, the Hrobats said they were met with unanswered questions and un-returned phone calls.

"We knew that it was something that we needed to do and we needed to do it as quickly as we could. Nobody knew what was going on. Our particular bank that we do business with really dropped the ball. They were late to the party and they were late with guidance," Tim Hrobat said. "There was no doubt in my mind that these big banks, they prioritize based on who you were and what you meant to them."

After receiving little help from their big bank, the Hrobats acted on the advice of a friend who directed them to Growth Capital, a nonprofit Small Business Administration lender based in downtown Cleveland. To date, the staff of roughly a half-dozen has successfully processed more than $14 million in PPP loans, which are intended to help small business owners keep employees on the payrolls through the pandemic. The low interest loans can be forgiven if the vast majority of the loaned amount is used on payroll.

"To my surprise I picked up the phone and called [Growth Capital] and somebody answered. No banks were answering the phone, I can tell you that," Tim Hrobat said. "The ups and downs of those two weeks were unbelievable. It was really a lifeline without a doubt."

The Hrobats missed out on the first round of Paycheck Protection Program (PPP) funding but were successful in receiving a modest loan during the second round of the program's funding.

"When the money was finally funded, it was such a relief to me because I knew that we could open back up and have our first month of expenses partially taken care of," Julie Hrobat said.

The PPP funding was vital in the business being able to cover some of its monthly recurring costs as well as recalling some of its employees. It came at a perfect time, too. Last week, Gov. DeWine announced a re-opening date (Friday May 14) for salons, spa and barbershops.

"Immediately the phones went crazy ringing off the hook. We couldn't answer all of the calls. Finally we just had to put the voicemail on and let it go," Julie Hrobat said. "I would say about the first four to five days, it rang non-stop 12 hours a day."

In addition to implementing social distancing guidelines, the salon will temporary eliminate its waiting area. Clients with appointments will wait in their cars until their technician is ready. The hallmarks of proper sanitation will also be abundant, including masks, hand sanitizer and utensils being cleaned after every use.

In order to accommodate the surge in demand while also adhering to the state's orders, Hrobat said she has extended her hours of operation and she's looking forward to seeing her clients again.

"We've always been in the business where you make people feel better," Hrobat said. "Even if you're not going out of your house, your hair isn't done and your nails aren't done, you don't feel as positive."