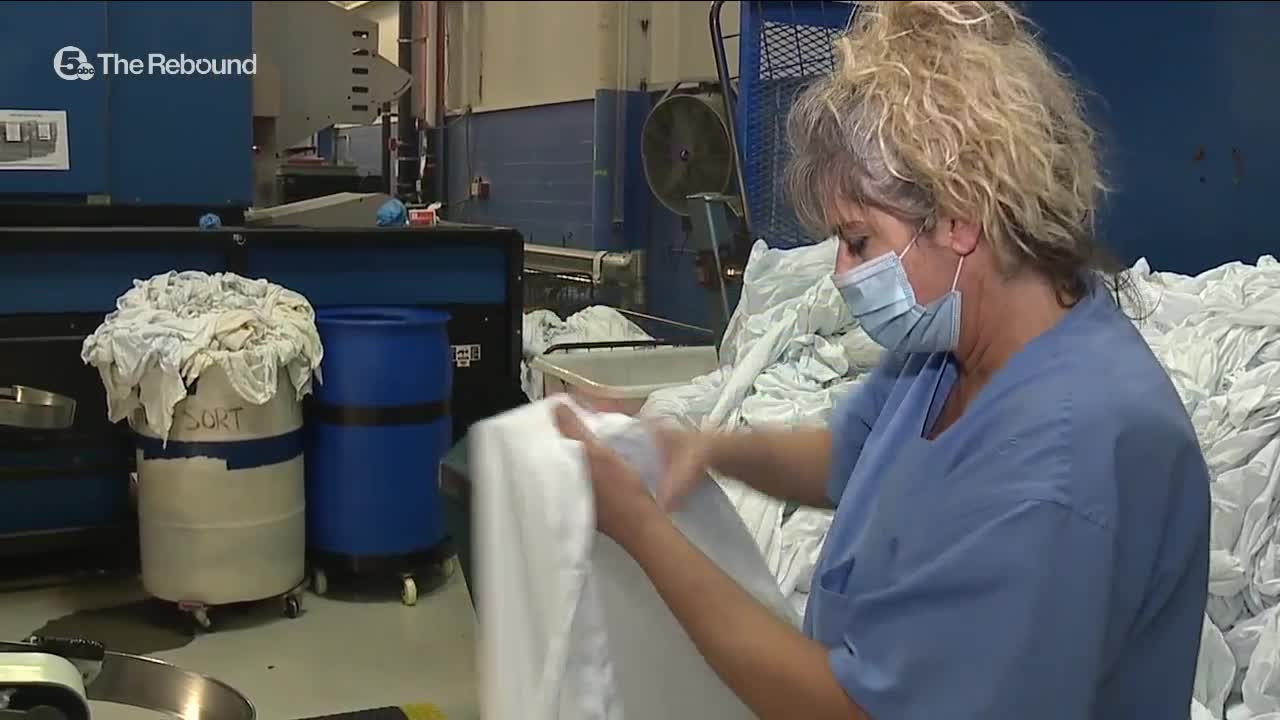 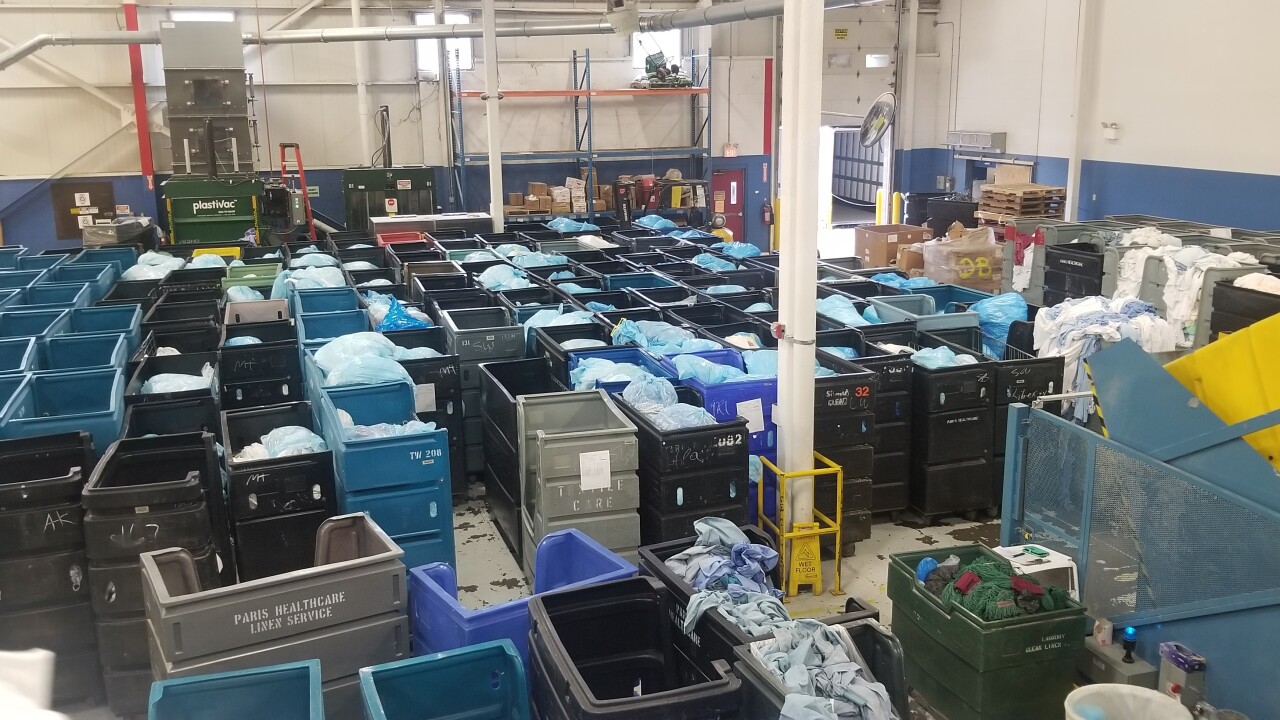 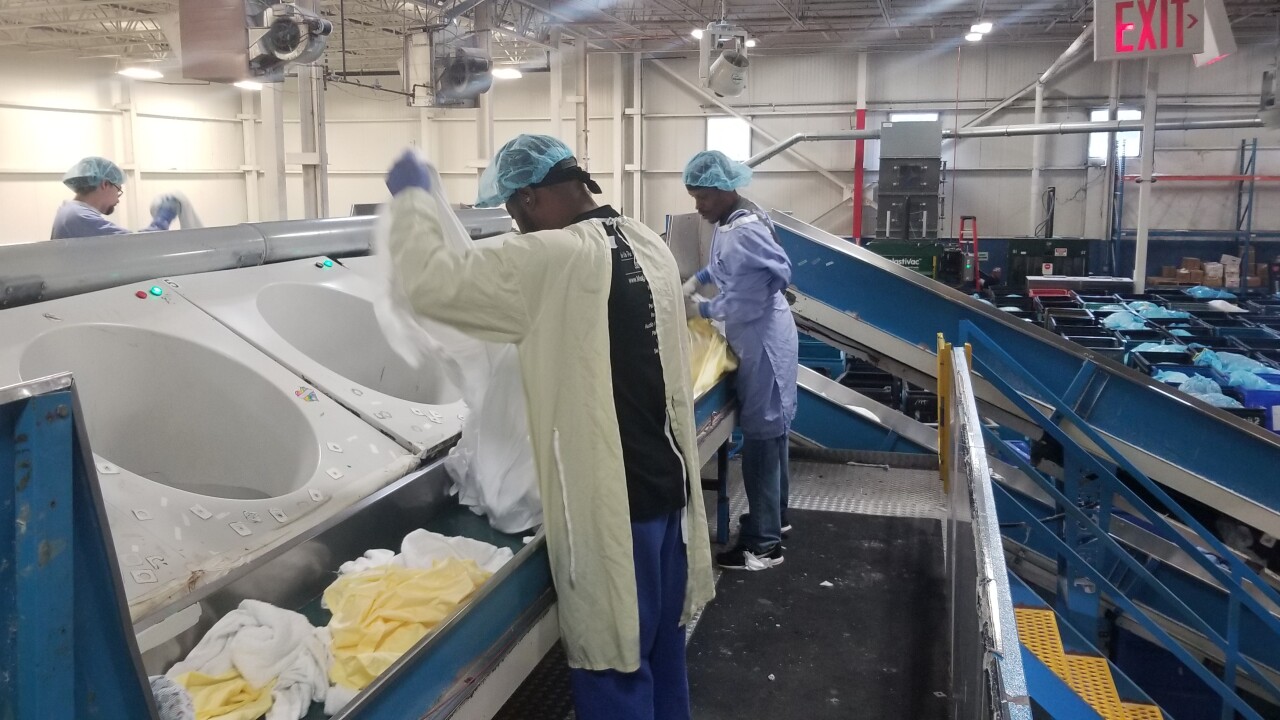 The company in Ravenna does the laundry for more than 50 hospitals, doctor's offices, and clinics in Ohio and Pennsylvania. University Hospitals, Summa Health System, and countless others.

When the pandemic began, they thought their workload would increase.

“Instead, the opposite happened,” said Drew Canavan, general manager at the plant in Ravenna. “Volume fell to almost 56% of what it normally is because instead of bringing all these patients, the hospitals sent all the unnecessary patients out.”

The company didn’t lay anybody off, but instead of 40 hours a week plus overtime, workers went to about 20 hours a week.

But at the end of May, as the state reopened, work started ramping up.

And the workers they needed — haven’t come back.

“It’s not like making anything so we can’t push off to tomorrow what we couldn’t get done today. Everything has to get done today so we can start fresh with the next set of orders,” Canavan said.

“And we do need help,” said Pamela McMillion. She’s been at the company for more than two years now.

The 64-year-old was ready for retirement when she realized, she couldn’t afford it just yet.

Her grandson worked at Paris and she found it to be a great fit.

Right now, Canavan said they are running about four to five hundred hours of OT a week, just to get it all done.

“Our customers are hospitals — I can’t tell them no,” he said. “It’s very repetitive, it’s very lightweight, It’s very easy. It’s just very consistent so it’s that steady working 40 plus hours a week that some people aren’t used to in the current climate.”

Canavan said the struggle to get workers in is a combination of the lack of childcare, access to transportation, and — many people not wanting to give up unemployment assistance.

“It’s way more rewarding than sitting on a couch waiting for a check. That check will eventually go away,” Canavan said.

Pay starts are about $11 an hour and goes up to $20, depending on position and shift. There are also bonuses and benefits that go along with that.

On Wednesdays, they do open interviews where you can be hired on the spot.