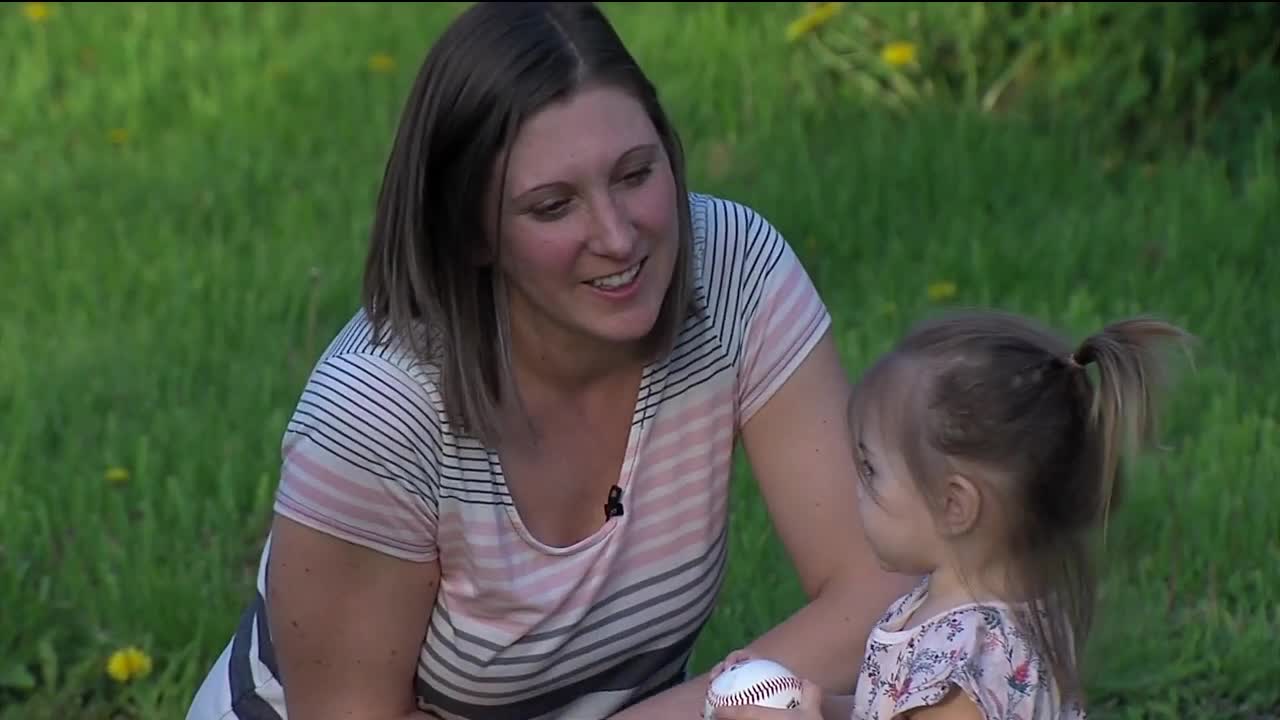 CLEVELAND — At 29 years old, Seville resident Heather Kokinda was the mother of a five-month-old baby girl. Life was going as planned, until she discovered a lump in her breast and subsequently went several times to the doctor.

“Everything went black basically. I stumbled from the kitchen to the living room, where my husband was with our five-month old.  He just looked at me,” Kokinda said about the night she received a critical phone call from her doctor. “I remember dropping to my knees and saying I have cancer.”

Shocked and worried about her child, she immediately started treatments.

Now, about four years later, she is in remission and was able to have a second child.

Kokinda is not only alive, but on Thursday, will take the mound at the Indians game, where she will throw out the first pitch.

“Four years ago before cancer. You see people on TV throwing out the first pitch making speeches and you are just like how do you get to be like that,” Kokinda said. “How does that happen to people. That would never happen to me. So to be happening to me its kind of cool.”

She will also be an honorary bat girl for the day. Every team in the league has chosen one survivor to serve as a bat girl, in part, in honor of Mother’s Day. Whichever bat girl raises the most money for breast cancer will win a trip to the World Series.

But for Kokinda, the journey is less about what she might win and more about who she can help.

“I have had rough weeks, rough months - the amount of people that came out of the woodwork, people I didn’t even know,” Kokinda said. “It just made me realize there are some really awesome people out there that would love to help and I want to be one of those people.”