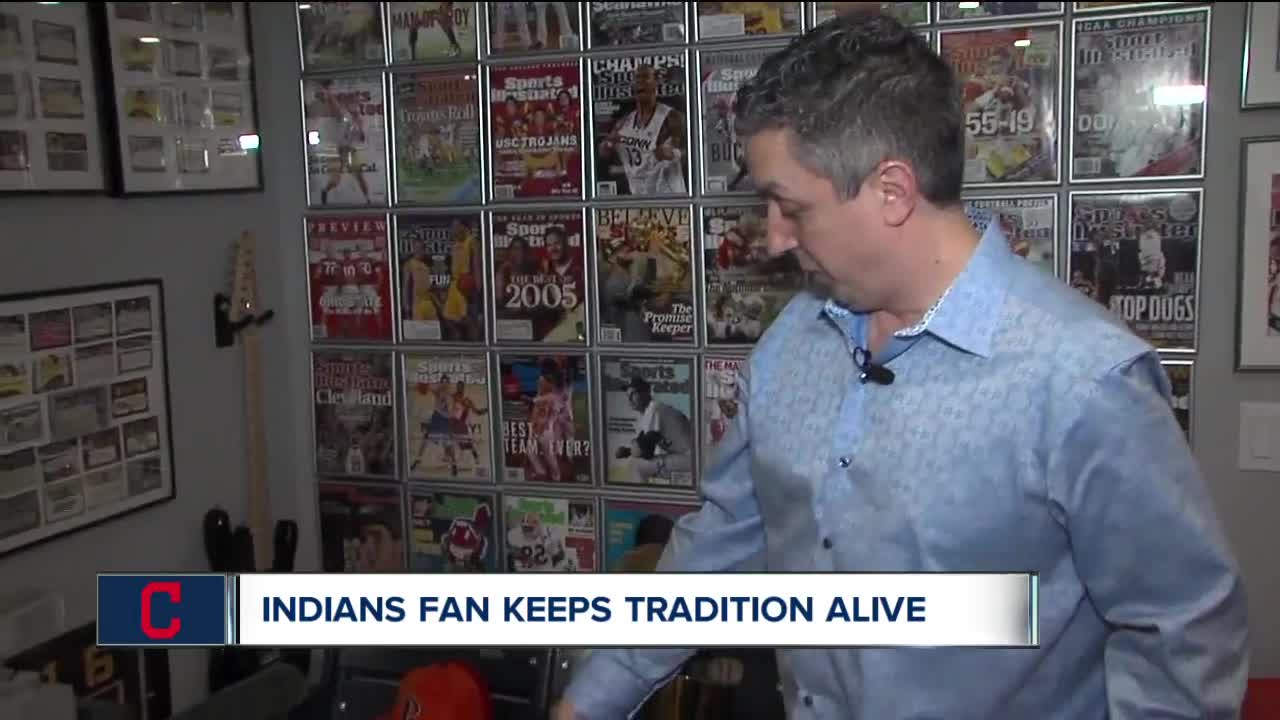 CLEVELAND — For 48-year-old Indians fan Jason Greene, the Indians game on April 1 marked more than just the first home game of the season. This year, Greene attended his 43rd straight opening day game. His grandfather took him to his first home opener back in 1977.

“We went down there and there had to be 50,000 people. I had never seen so many people. They were happy; they were slamming seats,” Greene said. “That’s how the tradition started, and he basically said we are going to go to every opening day moving forward.”

Baseball embodied his relationship with his grandfather.

“Just being able to spend that time with him. it was basically him, me and the team,” Greene said.

Now, the sport enhances his relationship with his two children.

And Greene takes his love for baseball home, literally.

He collects sports memorabilia and displays the items throughout his house. His collections started at the games he went to with his grandfather. They would go early and get the players' signatures.

“Some of the things I have are priceless and it is another way I connect with my kids,” Greene said.

“This is the cool house. My friends love looking at all the stuff,” said his daughter, Madison Greene.

For Jason, the memorabilia surrounds his home because his love for the game is connected to his love for his family.

“It is just an unbelievable experience going to the ball park with your wife, kids, not knowing what you are going to see," he said.