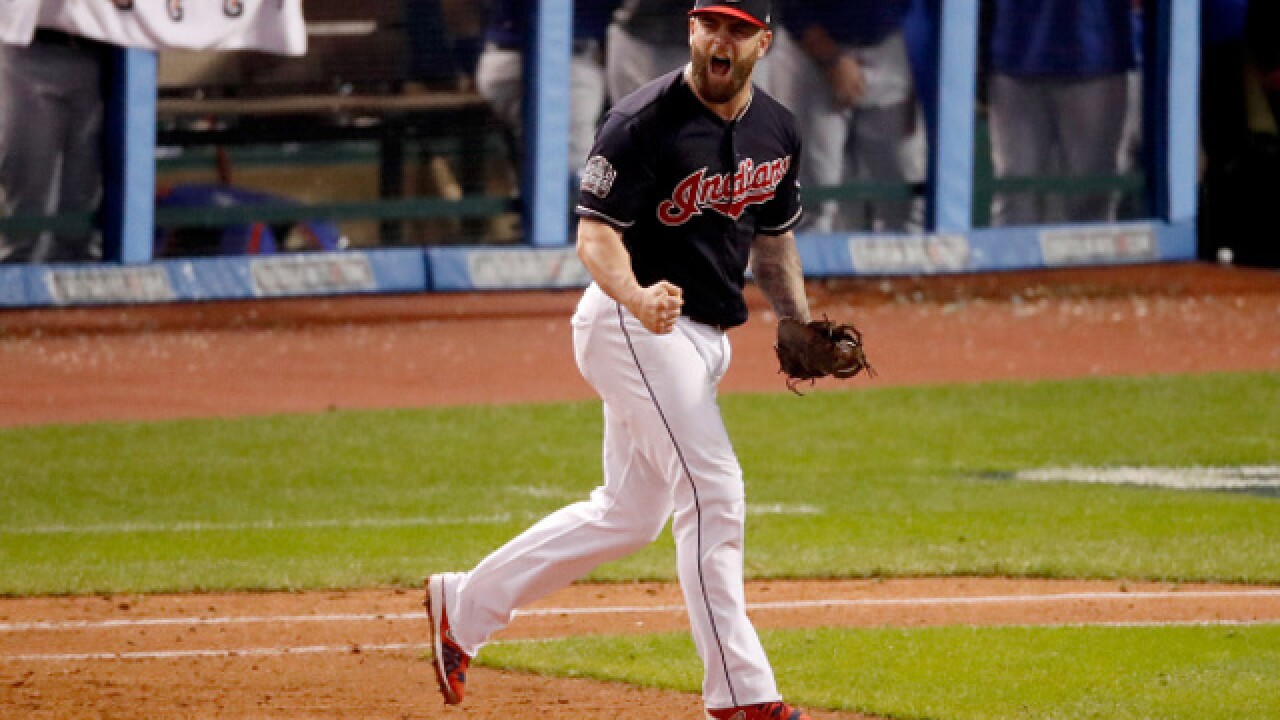 Image copyright 2017 Getty Images. All rights reserved. This material may not be published, broadcast, rewritten, or redistributed.
Gregory Shamus
<p>CLEVELAND, OH - NOVEMBER 02: Mike Napoli #26 of the Cleveland Indians reacts after Dexter Fowler #24 of the Chicago Cubs (not pictured) grounded out to end the top of the ninth inning in Game Seven of the 2016 World Series at Progressive Field on November 2, 2016 in Cleveland, Ohio. (Photo by Gregory Shamus/Getty Images)</p>

Mike Napoli is getting another swing with the Cleveland Indians.

The free agent slugger has agreed to a minor league contract with the team, pending the completion of a physical. Napoli spent 2016 with the Indians and had a major role in getting the club to the World Series.

Napoli became one of the Indians most popular players as “Party At Napolis” became a theme and rallying cry among fans that season. Napoli posted career highs with 34 homers and 101 RBIs in Cleveland, but was not re-signed and spent last season with Texas.

Napoli had been working out with other unsigned free agents at a camp in Bradenton, Florida, before the Indians called.

The Indians are set at designated hitter (Edwin Encarnacion) and first base (Yonder Alonso), so there isn’t an immediate roster spot for Napoli.

However, manager Terry Francona may want to keep the 36-year-old Napoli around because of his leadership skills.