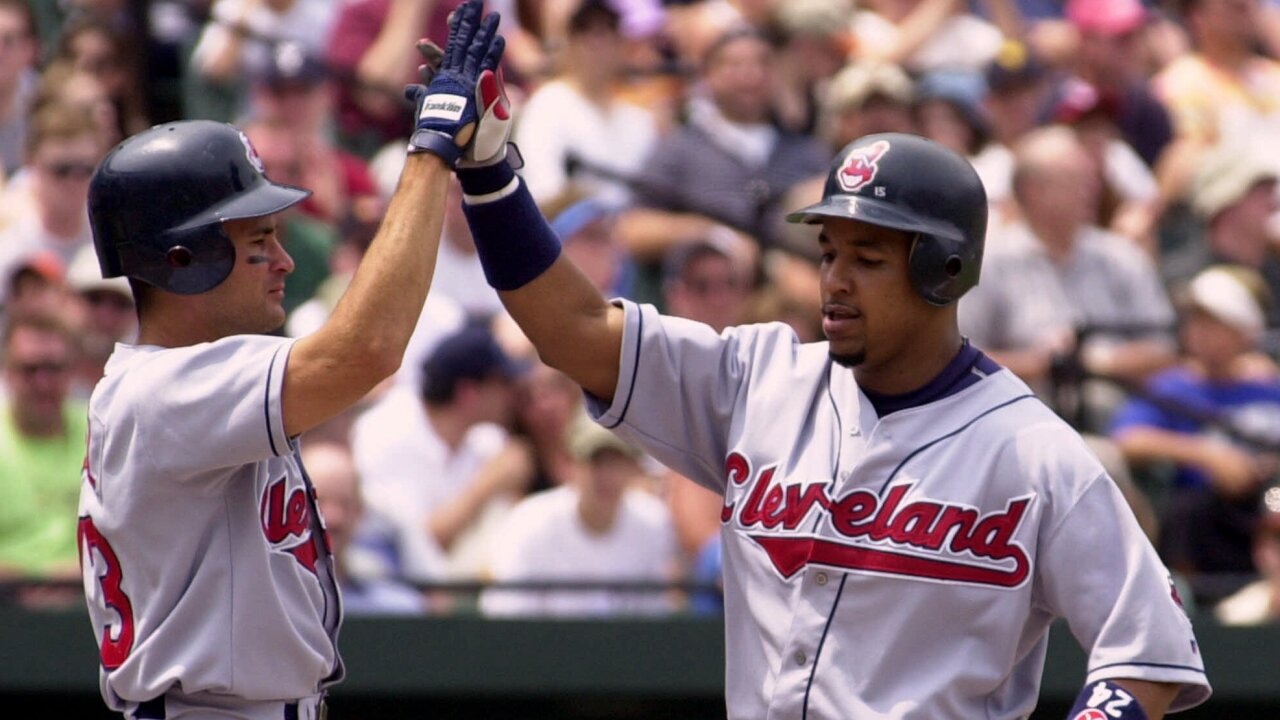 NICK WASS/Associated Press
Cleveland Indians Manny Ramirez, right, gets a high five from teammate Omar Vizquel, left, after he hit a grand slam against the Baltimore Orioles during the second inning, Saturday, July 29, 2000, at Camden Yards in Baltimore. Ramirez also homered in the fourth.(AP Photo/Nick Wass)

Only two people made it into the Hall of Fame this year: Larry Walker and Derek Jeter.

Both Vizquel and Ramírez have previously been on the ballot.

Vizquel's popularity is increasing though, he had 52.6% of the vote total, which is 10% more than last year.

Ramirez recorded 28.2% of the vote total, which is 6% more than last year.

Other Indians that were nominated but didn't get in were Jeff Kent, Jason Giambi and Cliff Lee.

Players have to get at least 75% of the vote to get into the Hall of Fame.