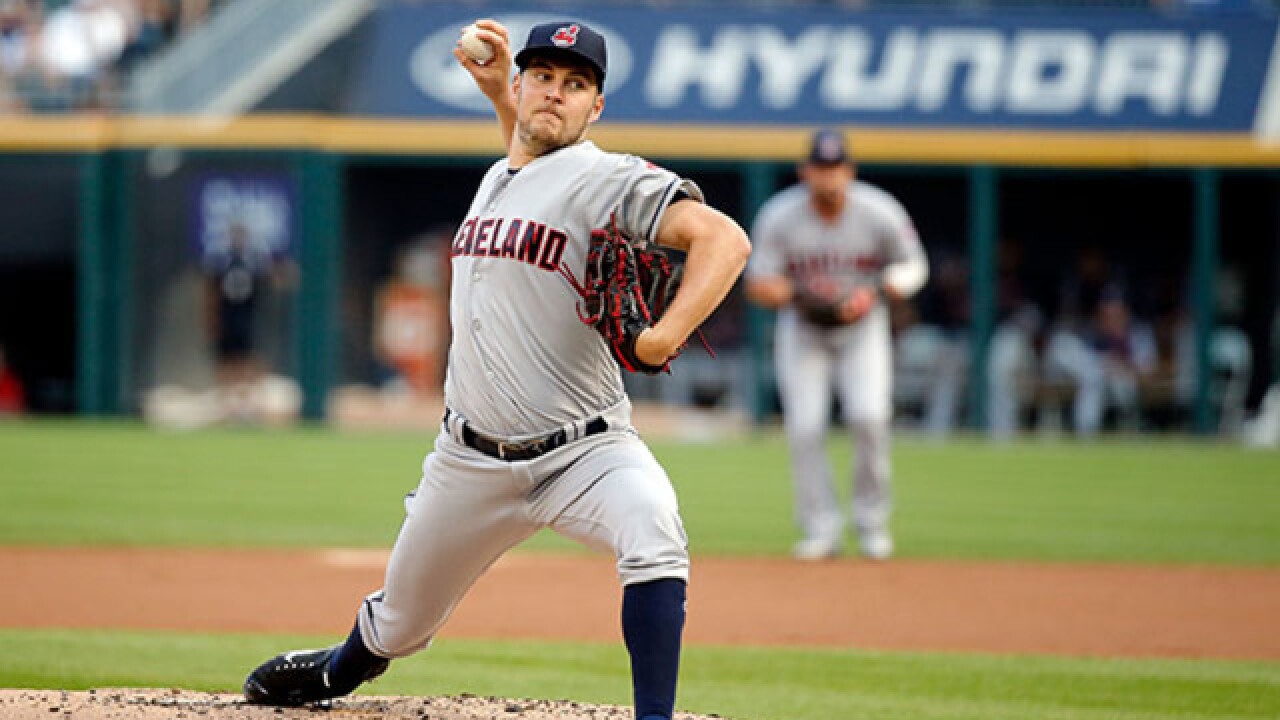 Copyright 2018 Scripps Media, Inc. All rights reserved. This material may not be published, broadcast, rewritten, or redistributed.
Jon Durr
<p>CHICAGO, IL - AUGUST 11: Trevor Bauer #47 of the Cleveland Indians pitches against the Chicago White Sox during the first inning at Guaranteed Rate Field on August 11, 2018 in Chicago, Illinois. (Photo by Jon Durr/Getty Images)</p>

Indians pitcher Trevor Bauer will return from the disabled list in time to start against the Red Sox on Friday.

The right-hander has been sidelined since Aug. 11 due to a stress fracture in his right fibula, according to a news release from the Indians. He will log a couple innings Friday, followed by rookie right-hander Shane Bieber. That will push Mike Clevinger to start on Saturday, and Adam Plutko to start Sunday against Boston, with Corey Kluber taking his next turn Monday against the White Sox.

According to the Indians, Bauer will be on target to start again Tuesday on the road in Chicago, followed by a third start on Sept. 30 at Kansas City, before playoffs begin.