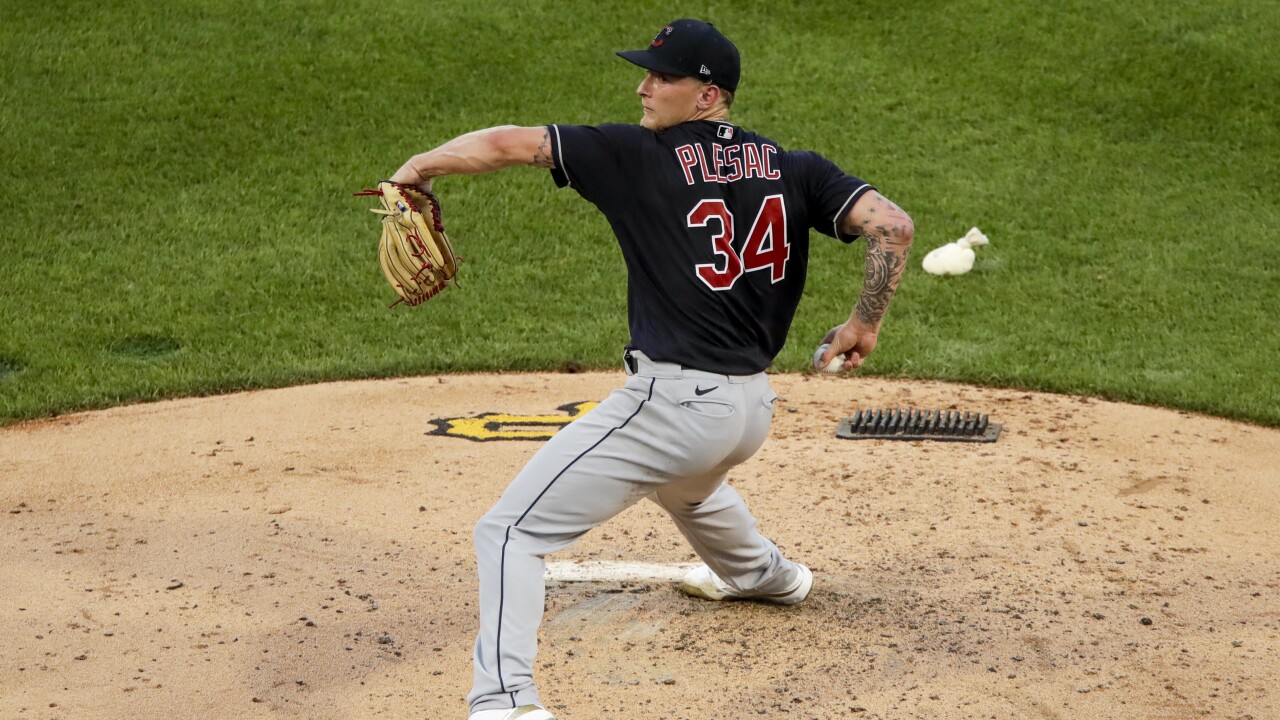 CLEVELAND — Cleveland Indians pitcher Zach Plesac, who was with the team in Chicago playing the White Sox over the weekend, was sent back home to Cleveland after going out with friends, violating the team’s rules, according to the team.

Plesac, 25, was the starting pitcher Saturday and got his first win of the season after an impressive seven strikeouts, giving up just five hits in the six scoreless innings he was on the mound. The Indians beat the White Sox 7-1.

Following the game, Plesac went out with friends, violating the team’s rules and the league's COVID-19 protocols established to keep players and staff healthy and safe, the Indians confirmed.

With several teams in the league dealing with COVID-19 outbreaks within their organizations, the Indians quickly acted upon Plesac’s decision to go out, sending him back to Cleveland and isolating him from the rest of his teammates and Indians staff.

The Indians said the organization rented him a car for him to drive back to Cleveland in.

Plesac will be quarantined for 72 hours and then tested for COVID-19 daily, according to the team.

“I would like to apologize to my teammates, the entire Cleveland organization and all of our fans for my actions Saturday evening. I realize I made a poor choice to leave the hotel, which broke protocols and could have endangered other people. I understand that in these times of uncertainty, I need to be more vigilant and responsible and I am determined to earn my teammates’ forgiveness and get back to work.”

Just over a month ago, before the MLB season began and before the Indians outlined their code of conduct and rules relating to COVID-19, Plesac discussed what he thought were important rules to follow.

“Definitely every time you can maintain a social distancing I think is what we have to focus on,” Plesac said. “There’s common sense situations where you see things are packed—or obviously going out to the bars and drinking or doing stuff like that isn't something that's really important to us right now and it shouldn't be important to us right now when we're given this privilege to be able to come back and play and given this short window to even play. It’s a good time now to really buckle down and focus on what’s important, work towards something greater at the end of the season and for these couple months lock in and just focus on what we’ve got set for us at the end of the year."

The MLB’s updated protocols require players to notify their team’s compliance officer if they intend to leave the hotel when on the road, according to The Athletic.

The Indians said that they are working to take a look at what the next step in terms of punishment may be.