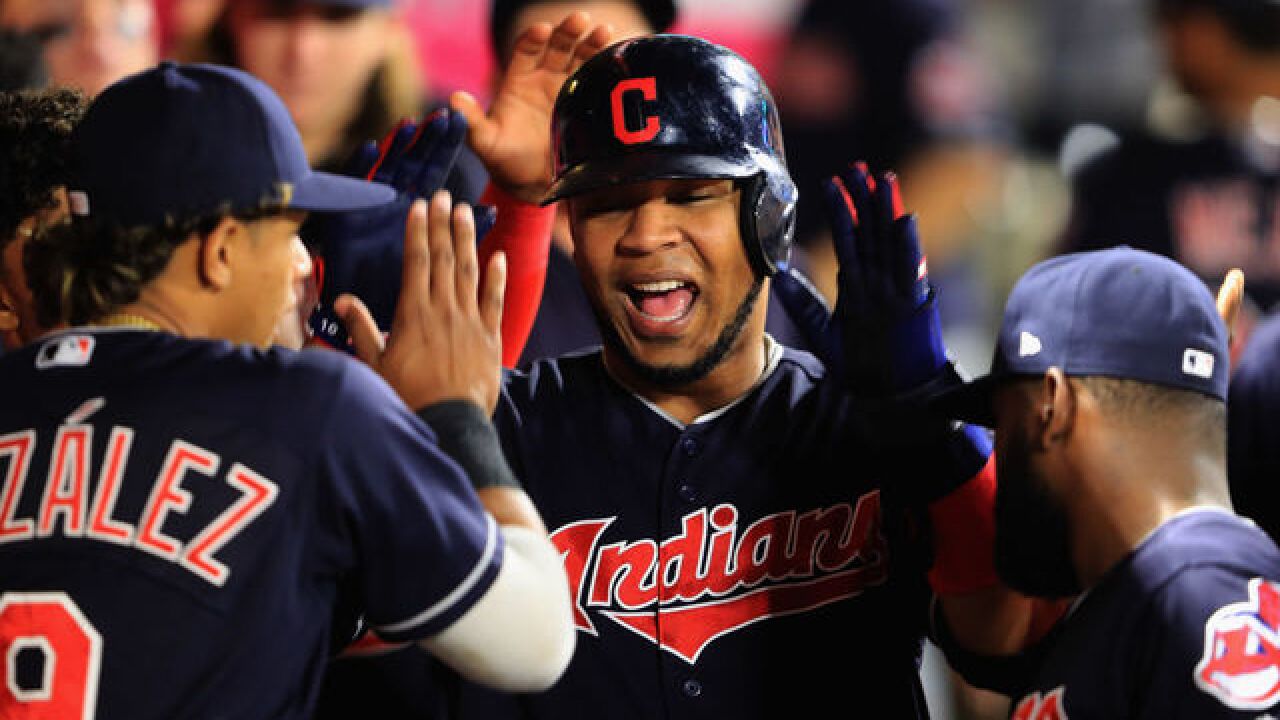 Image copyright 2018 Getty Images. All rights reserved. This material may not be published, broadcast, rewritten, or redistributed.
Sean M. Haffey
<p>ANAHEIM, CA - SEPTEMBER 19: Edwin Encarnacion #10 is congratulated in the dugout after scoring on an RBI double by Jay Bruce #32 of the Cleveland Indians during the fourth inning of a game against the Los Angeles Angels of Anaheim at Angel Stadium of Anaheim on September 19, 2017 in Anaheim, California. (Photo by Sean M. Haffey/Getty Images)</p>

Edwin Encarnación hit an inside-the-park home run against the Angels, and it was a jaw-dropping moment for the team and fans watching from home.

If it happened at Progressive Field, the entire city would erupt in a cheering chant and expect the 35-year-old player to do his signature parrot walk home run trot. But there was no time for that, as he joined his teammates in the dugout for a standing ovation and high fives all around.

The last time Encarnación had an inside-the-park home run was in 2007. And of course, Tom Hamilton's play-by-play coupled with Encarnación's run of the bases made the moment that much better.

Edwin's inside-the-parker brought back some memories for @TyNaquin 🤘

After the win, @DreKnott caught up with the man who hit the last one for the @Indians. #RallyTogether pic.twitter.com/8UmMjUhX6a

The Indians went on to dominate the Angels, 6-0.