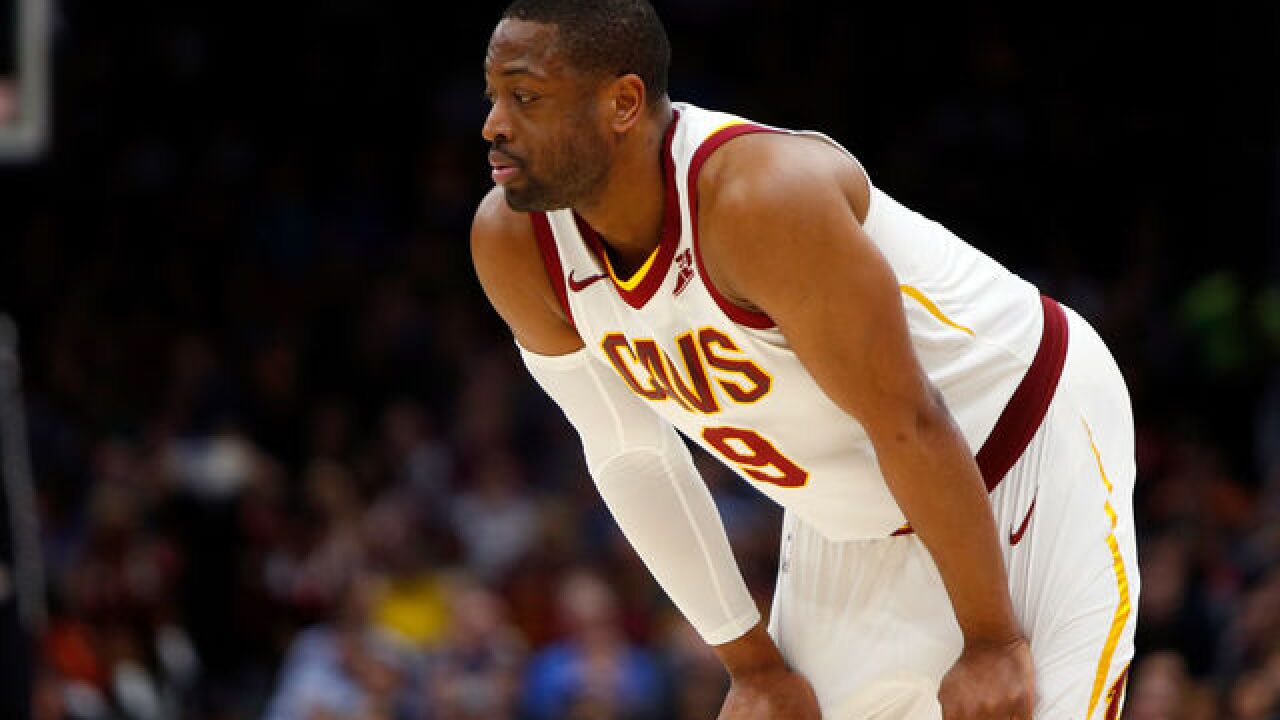 Copyright Getty Images
Justin K. Aller
<p>CLEVELAND, OH - JANUARY 18: Dwyane Wade #9 of the Cleveland Cavaliers looks on against the Orlando Magic at Quicken Loans Arena on January 18, 2018 in Cleveland, Ohio. NOTE TO USER: User expressly acknowledges and agrees that, by downloading and or using this photograph, User is consenting to the terms and conditions of the Getty Images License Agreement. (Photo by Justin K. Aller/Getty Images)</p>

Cavaliers guard Dwyane Wade will miss one game and possibly more time to attend to a personal matter.

Wade, who has played well coming off the bench in his first season with Cleveland, was excused from the team Friday before the struggling Cavs hosted Indiana. Coach Tyronn Lue did not provide any details for Wade's absence or a timeline for his return.

The 36-year-old Wade is averaging 11.1 points, 3.9 points and 3.7 assists in 42 games for the struggling Cavs, who have lost 10 of 13. Wade willingly moved to Cleveland's second unit and he has been a steadying force for the team.

With Wade gone, Lue said guard Derrick Rose will likely play more minutes. Rose missed two months with an ankle injury before returning recently and the Cavs have been mindful of his condition.