Cavs and Warriors going to overtime 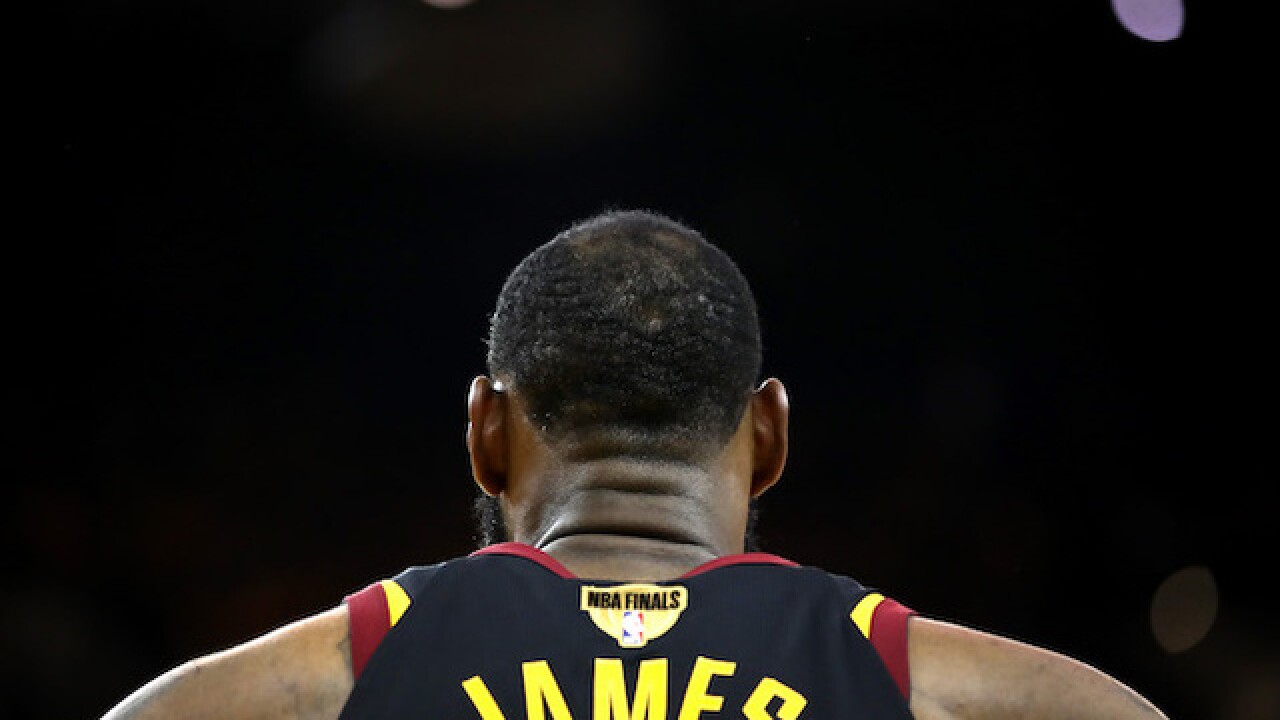 Copyright 2018 Scripps Media, Inc. All rights reserved. This material may not be published, broadcast, rewritten, or redistributed.
Ezra Shaw
<p>OAKLAND, CA - MAY 31: LeBron James #23 of the Cleveland Cavaliers looks on against the Golden State Warriors in Game 1 of the 2018 NBA Finals at ORACLE Arena on May 31, 2018 in Oakland, California. NOTE TO USER: User expressly acknowledges and agrees that, by downloading and or using this photograph, User is consenting to the terms and conditions of the Getty Images License Agreement. (Photo by Ezra Shaw/Getty Images)</p>

Fourth Quarter: Cavs fight back
Down six with three minutes left in the fourth quarter, the Cavs responded with a LeBron layup, a LeBron slam, a Kevin Love three, and a LeBron circus shot to take the lead late in the fourth quarter. And when the Cavs needed it, George Hill came through with a big free throw to tie it up for the Cavs. This game. Wow.

Third Quarter: Warriors claw away the lead
The Warriors, as they always do, came out hot in the third quarter. The Cavs, as they too often do, came out cold. But LeBron kept the Cavs in it, and he's having one of his finest Finals performances from the field, with 36 points through three quarters.

This one's going to have an exciting finish.

First Half: The Cavs came to play
LeBron, looking spry, made his first six shots, and the rest of the supporting cast looked sharp as the Cavs took an 11-point lead before letting Golden State back in the game late in the second quarter.