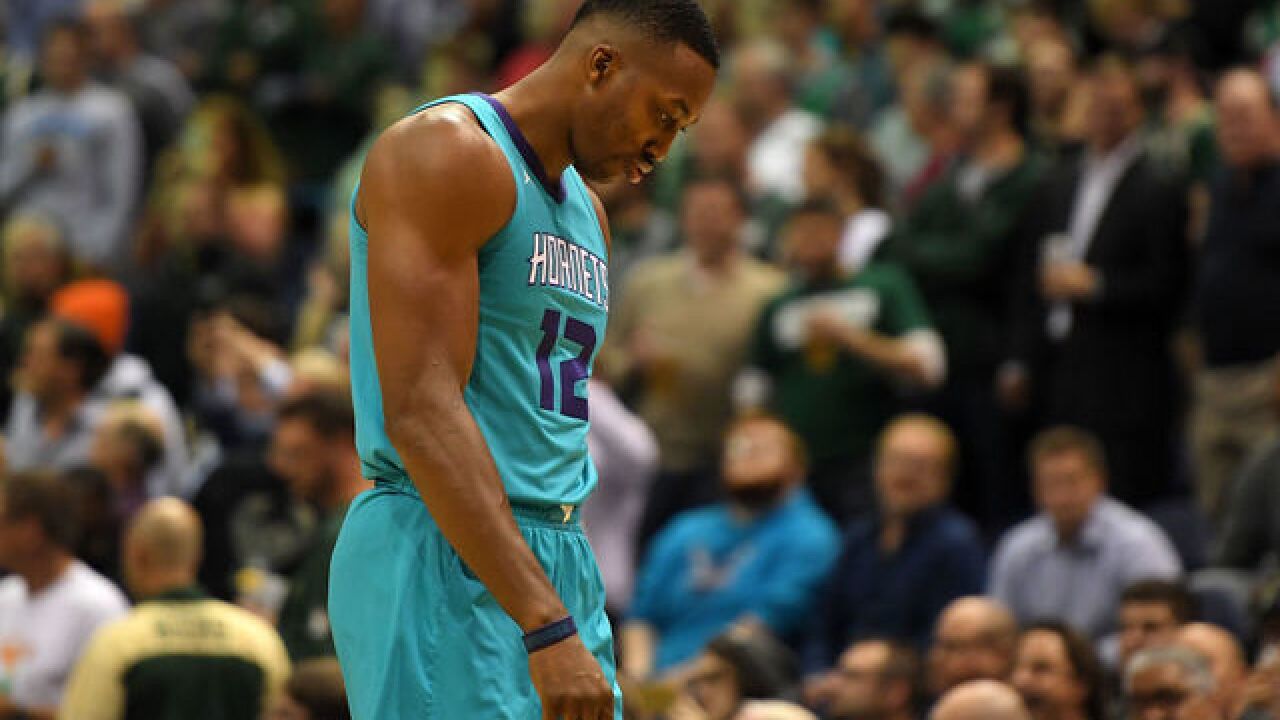 Copyright Getty Images
Stacy Revere
<p>MILWAUKEE, WI - OCTOBER 23: Dwight Howard #12 of the Charlotte Hornets walks backcourt during the first half of a game against the Milwaukee Bucks at the BMO Harris Bradley Center on October 23, 2017 in Milwaukee, Wisconsin. NOTE TO USER: User expressly acknowledges and agrees that, by downloading and or using this photograph, User is consenting to the terms and conditions of the Getty Images License Agreement. (Photo by Stacy Revere/Getty Images)</p>

Dwight Howard of the Charlotte Hornets has been fined $35,000 for making an obscene gesture toward Cleveland fans.

The NBA announced the fine on Saturday.

Howard made the gesture in the second quarter of the Hornets’ 100-99 loss to the Cavaliers on Friday night. He was captured on video mimicking a sexual act.