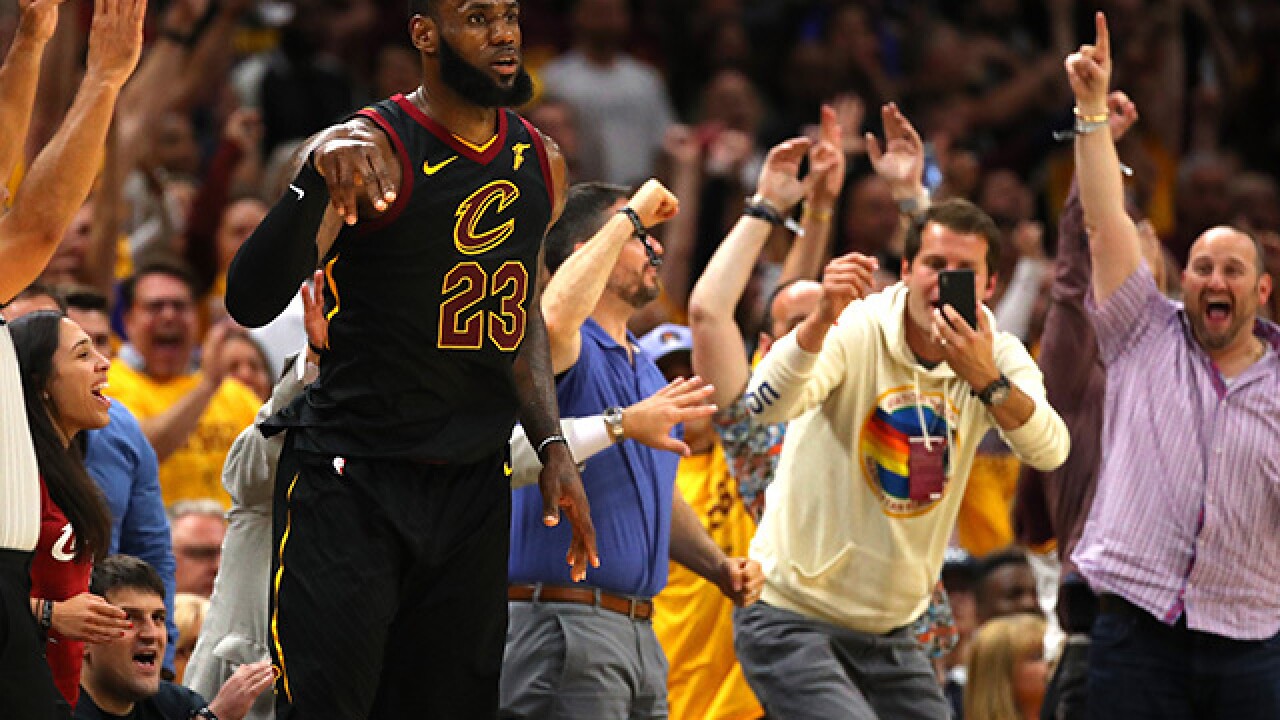 Image copyright 2018 Getty Images. All rights reserved. This material may not be published, broadcast, rewritten, or redistributed.
<p>CLEVELAND, OH - MAY 21: Fans react after LeBron James #23 of the Cleveland Cavaliers makes a basket late in the game against the Boston Celtics during Game Four of the 2018 NBA Eastern Conference Finals at Quicken Loans Arena on May 21, 2018 in Cleveland, Ohio. </p>

Game 4 of the Eastern Conference Finals wasn't only a win for the Cavaliers, but a personal victory for LeBron James, who passed Kareem Abdul-Jabbar for most career field goals in the playoffs.

"It's humbling," said James, who seemed at a loss for words after a reporter asked him how it felt to be among the greats, yet again. Last year James passed Michael Jordan's record for most consecutive double-figure games in NBA history.

During Monday's post-game press conference, The King remained humbled when reflecting on another monumental moment in his career.

"To know where I come from, small city 35 miles south of here, and to hear I'm in the same category or talked about and jumping these greats in the playoffs, it's pretty cool," James said.

James said anytime he is mentioned in the same breath as the greats, it's always humbling. It's no secret LeBron faced some struggles growing up poor and being raised by a single mother. James said there's more to it than that.

"You guys know a little bit of the story, but you guys don't know the full story of where I come from and the struggle I had. You guys know about the single parent struggle, and I know you heard that story, but there's a lot more to it, which I will talk about it when I am done playing ball," James told a room full of reporters.

Until then, James continues to live by his "Strive for Greatness" and "Just a Kid from Akron" mottos as his talent takes him to new heights, and, Cleveland hopes, another championship.