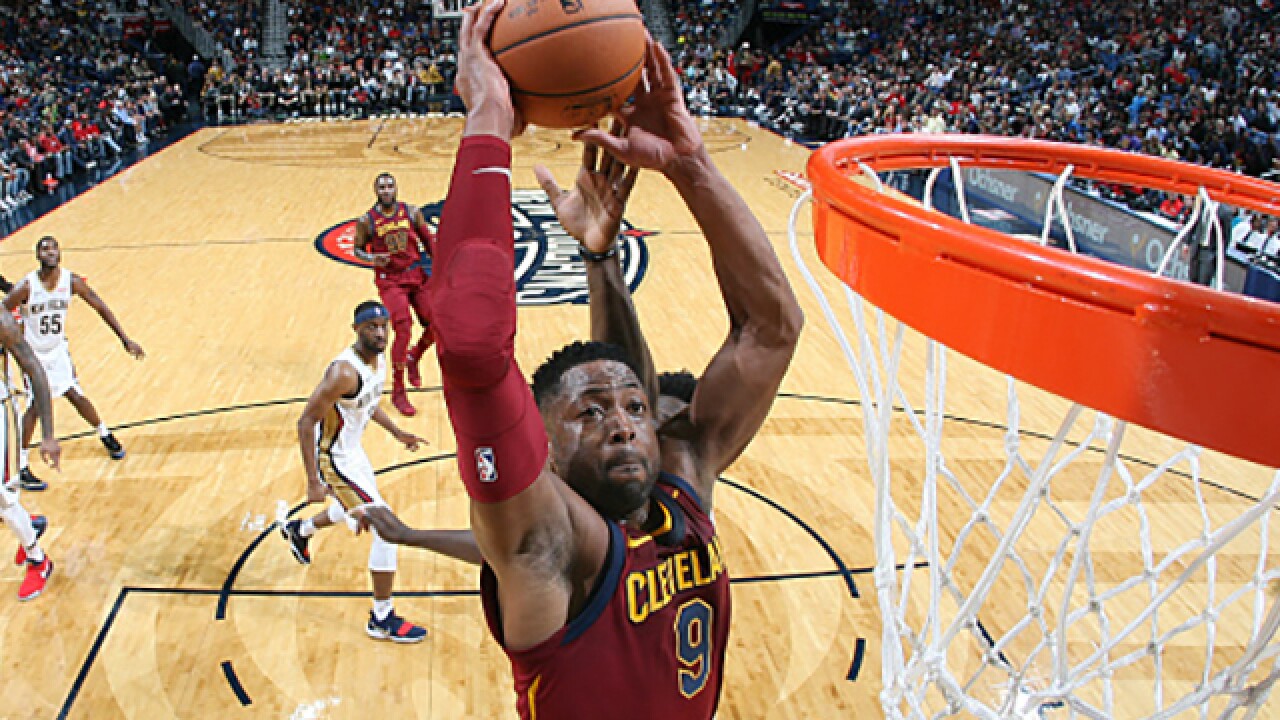 So not only did the Cavs blow up their roster on Thursday, Twitter also blew up with reactions.

In case you missed it, here's a breakdown of the day's trades:

Most were sarcastic comments about half the team being traded.

The Cavs' plane for Atlanta leaves at 3:30. They have some extra seats

Retweet this if the Cavs traded you today

30 percent of American males under the age of 40 have either signed with Georgia or been traded/acquired by the Cavs in the last 24 hours.

Actual video from the @cavs locker room before the #NBATradeDeadline pic.twitter.com/KZER4YRK1W

How are the remaining players reacting to the news? We can only guess.

Kevin Love showing up at the Cavs Locker room like.. pic.twitter.com/84icOH1aMn

JR Smith when he shows up to the Cavs next practice pic.twitter.com/QbNlrhWjwd

Some are in favor of the trades and support the new Cavs.

And just like that the @cavs s are easily the favorites in the east and have a roster built to beat the @warriors in the finals w/ Rodney Hood, George Hill, Jordan Clarkson, Larry Nance Jr, LBJ, Tristan T and company. @espn @SportsCenter

#Cavs completely detonated the roster & kept the Brooklyn pick. It's been a good day for the wine and gold

In addition to improving the team--significantly--Cleveland has sent a clear message to LeBron that they will spend money. Plus: They still have the Brooklyn pick.

Others are...let's say, less than pleased.

*Cavs trade IT and Crowder for Jordan Clarkson, Larry Nance, and Rodney Hood

So, Cleveland, here's to a new chapter in the Cavaliers saga. To be continued...