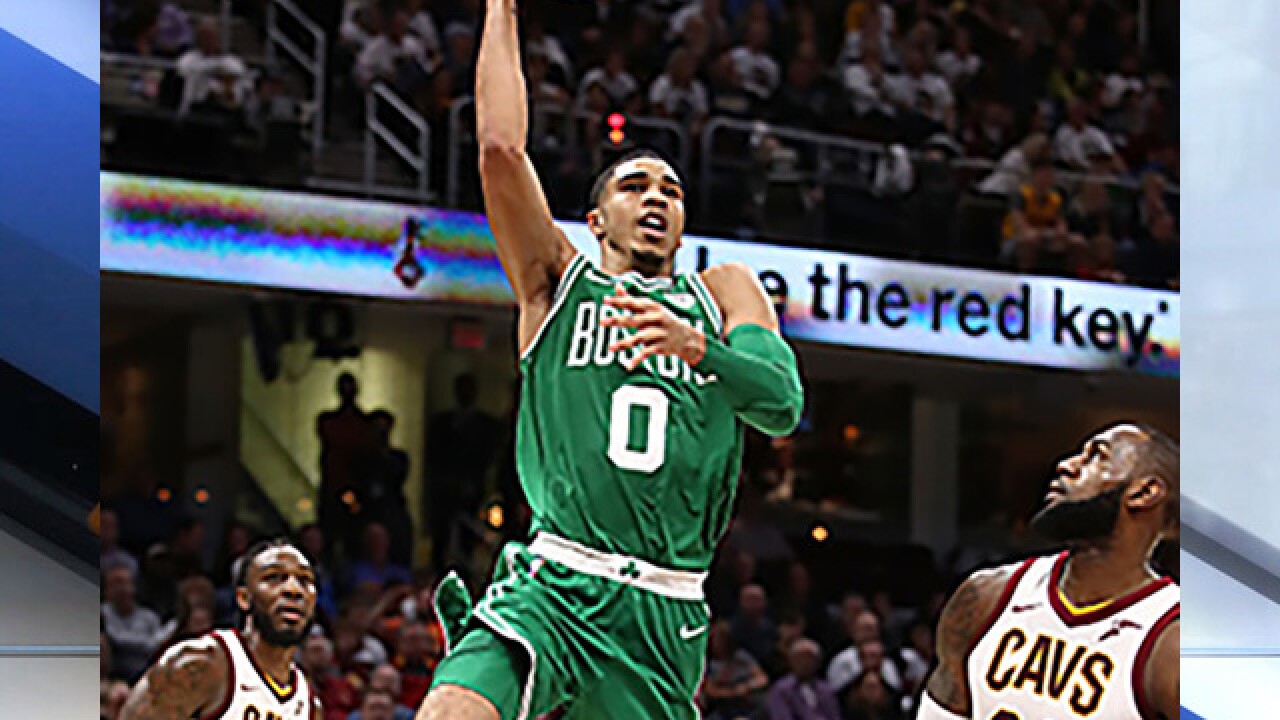 Image copyright 2018 Getty Images. All rights reserved. This material may not be published, broadcast, rewritten, or redistributed.
<p>Jayson Tatum #0 of the Boston Celtics takes a shot next to LeBron James #23 of the Cleveland Cavaliers at Quicken Loans Arena on October 17, 2017 in Cleveland, Ohio.</p>

@KingJames Follow back it's Larry Hughes nephew from st. Louis and Abe and Rj Lil cousin and Justin Son Follow Back pic.twitter.com/AnOnb7E8

Tatum, who is the nephew of former Cavaliers guard Larry Hughes, who played with James, is spotted in the photo with the king in middle school at a time when his dream was to make it into the NBA.

Now, at 20 years old, James and Tatum will be following each other, this time at the NBA's highest level.

Jayson Tatum with maybe the best answer to the ‘how do you stop LeBron?’ question you’ll ever hear pic.twitter.com/Zqgc0Jg7Yh