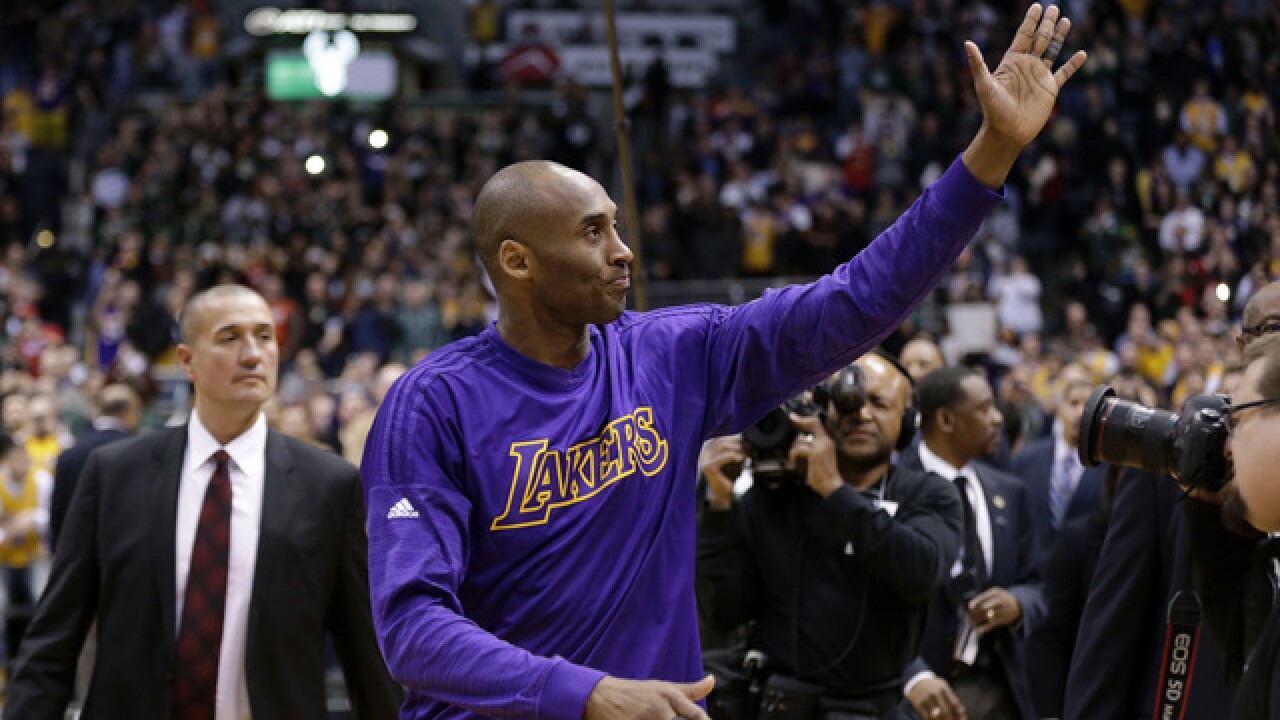 Image copyright 2018 Getty Images. All rights reserved. This material may not be published, broadcast, rewritten, or redistributed.
Mike McGinnis
<p>MILWAUKEE, WI - FEBRUARY 22: Kobe Bryant #24 of the Los Angeles Lakers waves to the crowd after the game against the Milwaukee Bucks at BMO Harris Bradley Center on February 22, 2016 in Milwaukee, Wisconsin. NOTE TO USER: User expressly acknowledges and agrees that, by downloading and or using this photograph, User is consenting to the terms and conditions of the Getty Images License Agreement. (Photo by Mike McGinnis/Getty Images)</p>

Kobe Bryant doesn't have much sympathy for LeBron James.

In an interview panel with Bleacher Report , a group of former NBA players talked about LeBron's legacy and where he goes as a free agent after a Finals sweep by the Warriors. When asked if James deserves credit for carrying a so-so team to the Finals, this is what Bryant had to say:

Michael gave me some really good advice after the '08 Finals: 'You got all the tools. You gotta figure out how to get these guys to that next level to win that championship.' Going into the 2010 series, I said, 'Listen, Boston, they got Ray Allen, they got Paul Pierce, they got [Kevin] Garnett, they got Sheed [Wallace], the talent is there. They're stacked.' That was the first superteam. [Michael] kind of heard me lament about it, and he just goes, 'Yeah, well, it is what it is; you gotta figure it out. There's no other alternative.' And that's the challenge LeBron has. You have pieces that you have to try to figure out how to work with. Excuses don't work right now. …

It has everything to do with how you build the team, from an emotional level. How do you motivate them? … Leadership is not making guys better by just throwing them the ball. That's not what it is. It's about the influence that you have on them to reach their full potential. And some of it's not pretty. Some of it's challenging, some of it's confrontational. Some of it's pat on the back. But it's finding that balance, so now when you show up to play a Golden State or a Boston, your guys feel like you have the confidence to take on more.

But let's not forget this is a guy who won three titles with a Hall of Fame coach and Hall of Fame teammate and another title against the vaunted 2009 Orlando Magic.