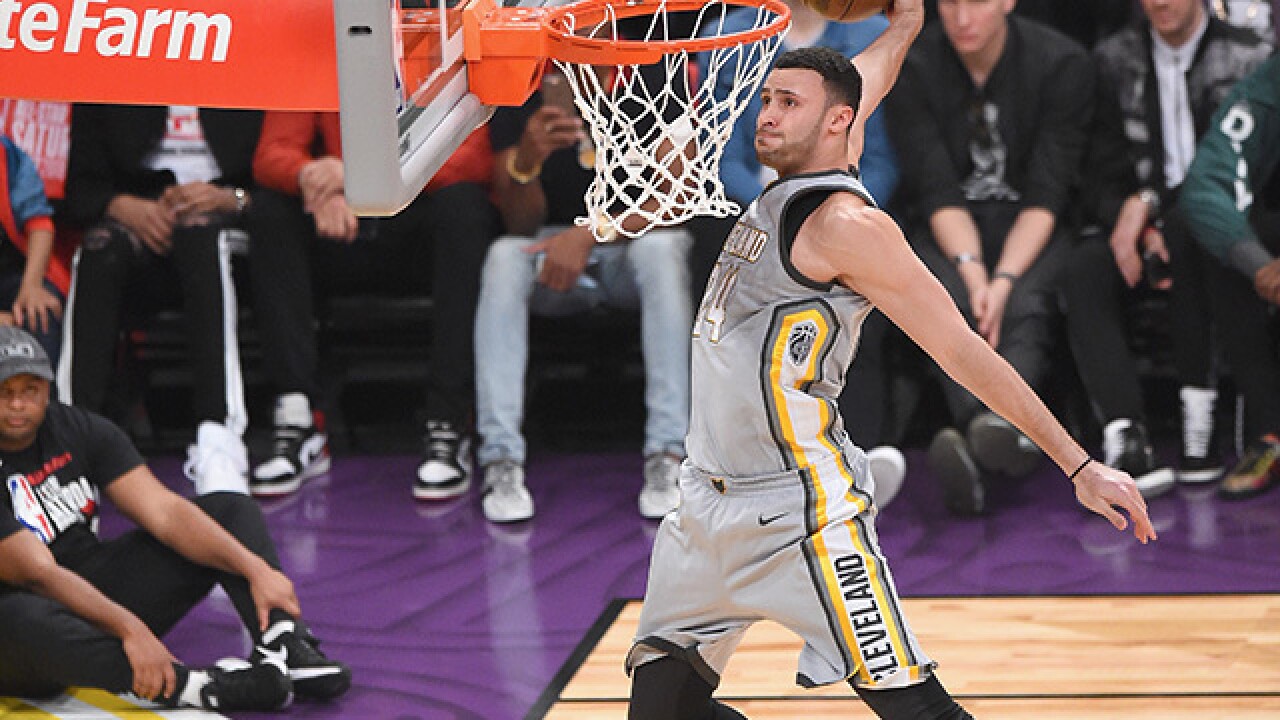 Larry Nance Jr. is excited he's come home to Cleveland. But as exciting as it is for him to be close to family again, we all know that being around family can have its challenges (cue flashbacks from the holiday season).

So, what's the toughest thing Nance is facing being traded home? Convincing his mom that he won't be living at home.

Larry Nance Jr. had to convince his mom he’s not living at home after trade to Cleveland 😂

Nance will reportedly be making $1.5 million this season, so his mother's offer to live in her basement is a nice gesture, but probably not one he'll take her up on, according to Bleacher Report.

However, Nance is considering wearing his dad's retired No. 22, so maybe that will help him break the news to his mom.

Nance will make his home debut at the Quicken Loans Arena, along with the rest of the new team, at Thursday's game against the Washington Wizards.