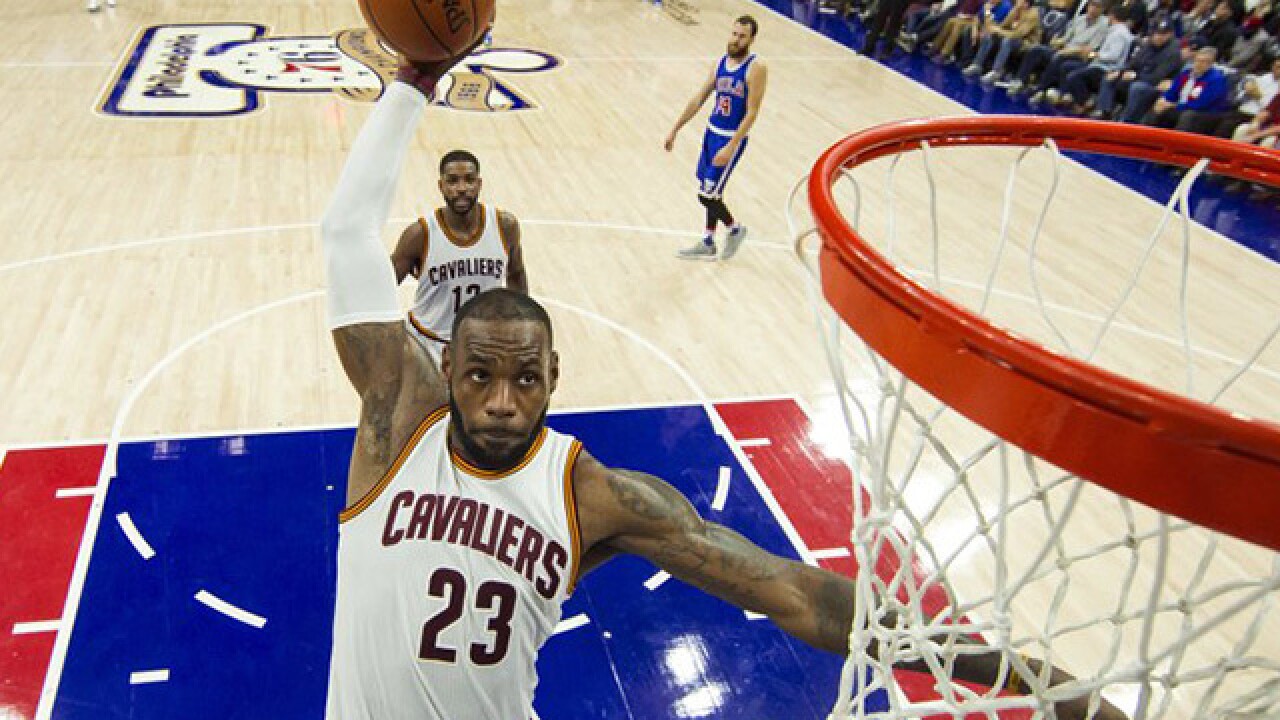 LeBron James scored 31 points and finished a month averaging a triple-double for the first time in his career, and the Cleveland Cavaliers defeated the Brooklyn Nets 129-123 on Tuesday night.

James had 12 rebounds and 11 assists for his 12th triple-double of the season and 67th of his career. He also reached 8,000 assists and became the first player in NBA history to reach that milestone, along with 30,000 points and 8,000 rebounds.

Jarrett Allen’s two free throws gave Brooklyn a 119-117 lead with 1:18 to play. Jordan Clarkson’s 3-pointer put Cleveland ahead, but Allen Crabbe’s runner in the lane put the Nets up 121-120.

Hood hit a jumper from the wing and made the foul shot that gave Cleveland a two-point lead. D’Angelo Russell attempted to draw a foul but barely got off a wild shot from the corner, which led to James’ foul shots.

The win could also help Cleveland position in the NBA draft. The Cavaliers own Brooklyn’s No. 1 pick, acquired in a trade with Boston. The Nets have the seventh-worst record in the league, but have lost nine of 10.

Russell led Brooklyn with 25 points. Caris LeVert scored 18 while DeMarre Carroll had 16.
James took an elbow under the jaw from Dante Cunningham in the third quarter. He was down for several seconds but timeout was called and he remained in the game.

James also became the first frontcourt player and the 11th overall in league history to reach 8,000 assists.
Hill, one of four players acquired at the trade deadline, scored a season-high 26 points and Cleveland placed six in double figures.

LEBRON VS. THE NCAA

James took a strong stance on the NCAA in light of the FBI’s investigation into recruiting in college basketball.

“The NCAA is corrupt, we know that,” he said. “Sorry, it’s going to make headlines, but it’s corrupt.”
James was drafted by the Cavaliers out of high school in 2003. He laughed when asked about some of the offers he received in recruiting, but didn’t give details.

“Listen, man. I can’t even talk about that,” he said. “Me and my mom was poor, I’ll tell you that, and they expected me to step foot on a college campus and not to go to the NBA? We weren’t going to be poor for long, I’ll tell you that.”

James would like to see the NBA expand the G-League into a farm system, an idea he wants to discuss with commissioner Adam Silver.

Cavaliers: F Jeff Green (sore lower back) missed his first game of the season. He played in the first 59 games, all off the bench. Green is averaging 10.6 points. ... Lakers G Isaiah Thomas said the Cavs were in “panic mode” when they traded him before the deadline. Asked for a reaction, Cleveland coach Tyronn Lue joked “I’m panicking now.”