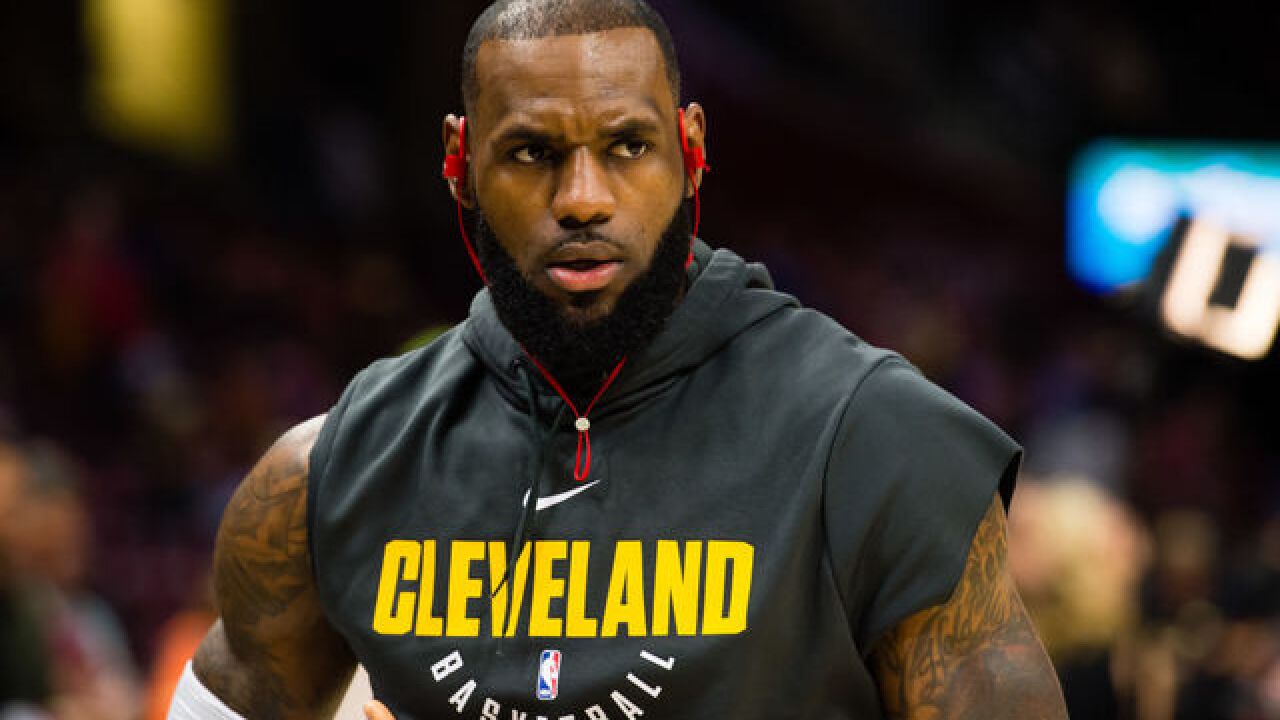 Copyright 2018 Scripps Media, Inc. All rights reserved. This material may not be published, broadcast, rewritten, or redistributed.
Jason Miller
CLEVELAND, OH - NOVEMBER 17: LeBron James #23 of the Cleveland Cavaliers warms up prior to the game against the LA Clippers at Quicken Loans Arena on November 17, 2017 in Cleveland, Ohio. NOTE TO USER: User expressly acknowledges and agrees that, by downloading and/or using this photograph, user is consenting to the terms and conditions of the Getty Images License Agreement. (Photo by Jason Miller/Getty Images)

LeBron James was ejected from Tuesday's game for the first time in his career.

The Cavaliers star has played in 1,082 games in his career, but this is the first time he's been ejected.

It happened in the third quarter of the game against the Miami Heat after James argued with referee Kane Fitzgerald.

The referee gave him two technical fouls, resulting in him being ejected from the game.

LeBron just got ejected for the first time in his career... 😳 pic.twitter.com/EFVTv3nMbc

In his 1,082nd career game, LeBron James just got ejected for first time