How Cavs fans are reacting to LeBron's free agency 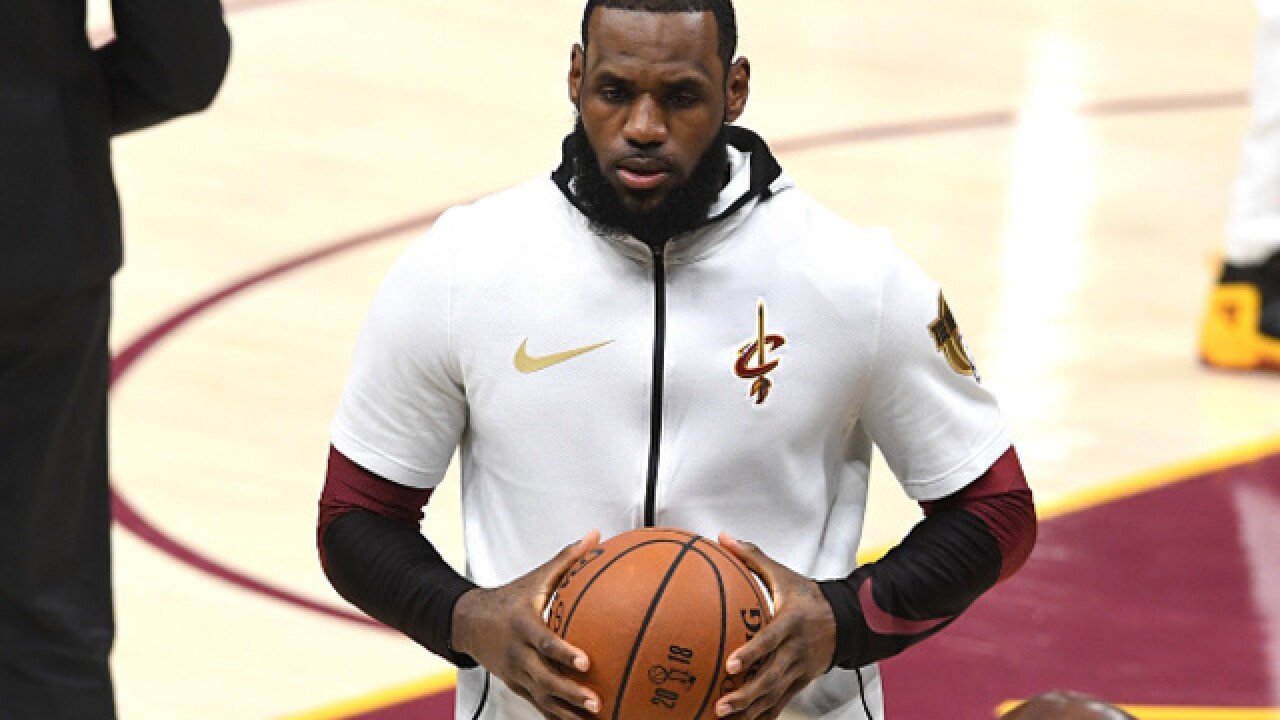 Image copyright 2018 Getty Images. All rights reserved. This material may not be published, broadcast, rewritten, or redistributed.
Jason Miller
<p>CLEVELAND, OH - JUNE 08: LeBron James #23 of the Cleveland Cavaliers warms up before Game Four of the 2018 NBA Finals against the Golden State Warriors at Quicken Loans Arena on June 8, 2018 in Cleveland, Ohio. NOTE TO USER: User expressly acknowledges and agrees that, by downloading and or using this photograph, User is consenting to the terms and conditions of the Getty Images License Agreement. (Photo by Jason Miller/Getty Images)</p>

It's the news fans were waiting for: What LeBron decided to do with his contract. On Friday, James opted out of his one-year contract extension with the Cavs and fans went crazy already speculating what his next move will be.

RELATED:  LeBron James is living it up on vacation as everyone waits for his decision

He's now an unrestricted agent, which doesn't necessarily mean he will leave Cavs and the place where his hometown considers him almost like royalty.

This is the 3rd time LeBron has opted not to exercise a player option since he returned. Re-signing with #Cavs is absolutely a consideration. IMO, #Lakers remain the biggest & possibly only threat for him to leave again.

And around we go.

I love that Lebron doing something the whole world thought he would do is big news. By the way, this move means it’s either the Lakers or the Cavs. This Cavs fan though is sick of this carousel.....

Calm down Cavs fans. We are still firmly in the mix

LeBron got us a title. No matter what his decision is, fans probably won't be as upset as when he announced he was leaving the Cavaliers to head south to Miami in 2010.

I don’t want to see any Cavs fans burning jerseys this time around. LeBron got us a title and for that I’m thankful.

Whether he stay or goes, James' legacy will undoubtedly be secure. His influence and community work is the proof in the pudding. On July 30,  he's opening his I PROMISE school in Akron that will serve 240 third and fourth graders.