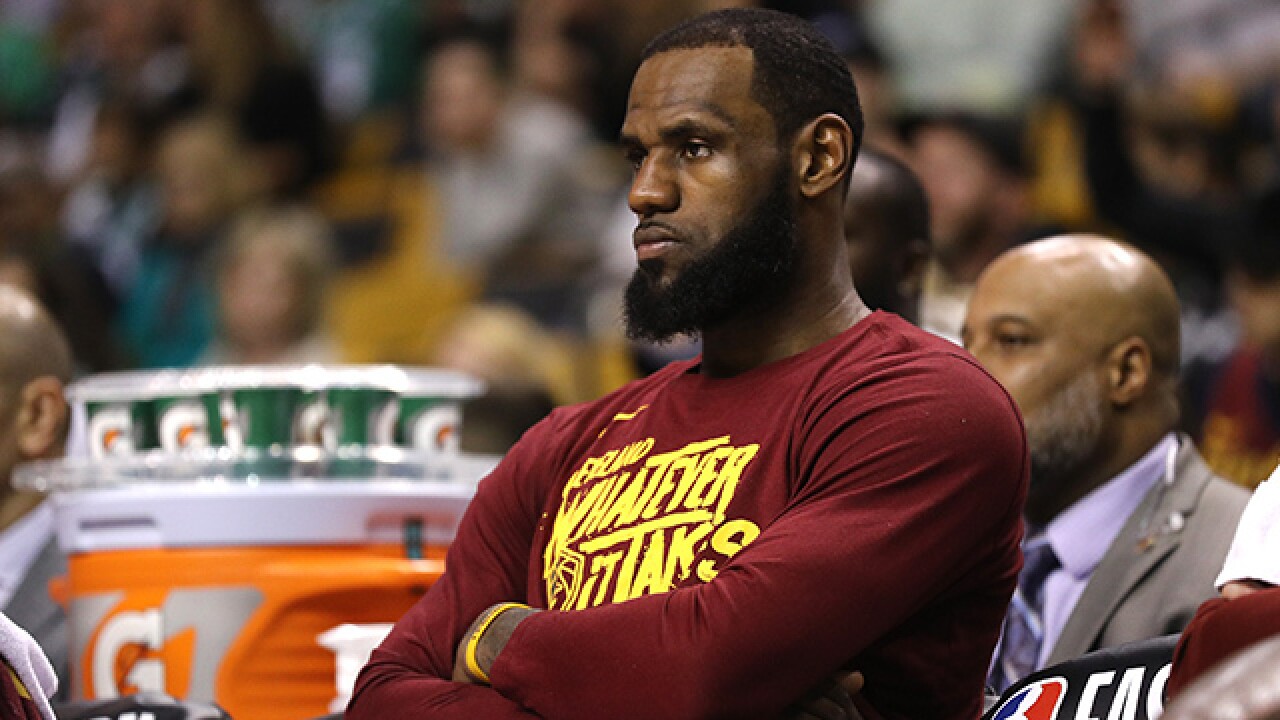 Image copyright 2018 Getty Images. All rights reserved. This material may not be published, broadcast, rewritten, or redistributed.
<p>BOSTON, MA - MAY 13: LeBron James #23 of the Cleveland Cavaliers reacts from the bench in his team's loss to the Boston Celtics during the fourth quarter in Game One of the Eastern Conference Finals of the 2018 NBA Playoffs at TD Garden on May 13, 2018 in Boston, Massachusetts. </p>

If you're a Cavs fan there aren't many good things to say about Game 1 of the Eastern Conference Finals against the Boston Celtics on Sunday. Except for one moment that happened after the game. Marla Ridenour of the Akron Beacon Journal asked James what happened early on in the fourth quarter. This was James' response, which elicited applause in the press room.

After he listed off every detail of the last quarter, James ended his somewhat sarcastic answer with what another sportswriter called the GOAT of reaction gifs.

James normally dominates the Celtics on the road, but Boston crushed the Cavs 108-83.