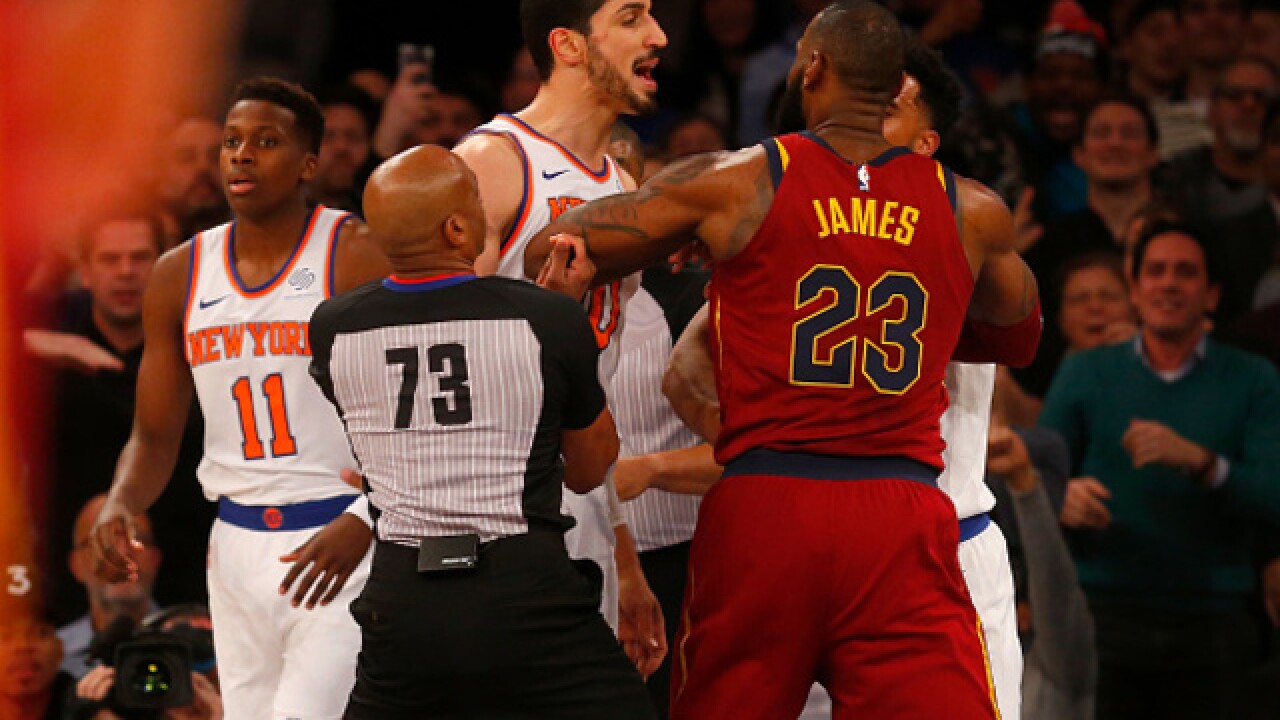 Copyright 2018 Scripps Media, Inc. All rights reserved. This material may not be published, broadcast, rewritten, or redistributed.
Jim McIsaac
<p>NEW YORK, NY - NOVEMBER 13: (NEW YORK DAILIES OUT) Enes Kanter #00 of the New York Knicks confronts LeBron James #23 of the Cleveland Cavaliers at Madison Square Garden on November 13, 2017 in New York City. The Cavaliers defeated the Knicks 104-101. NOTE TO USER: User expressly acknowledges and agrees that, by downloading and/or using this Photograph, user is consenting to the terms and conditions of the Getty Images License Agreement. (Photo by Jim McIsaac/Getty Images)</p>

LeBron James is used to social media users trolling him in the dark holes of the world wide web but when it comes from players in the league, it's always something to talk about.

Enes Kanter's last tweet came after the Cavaliers lost 148-124 to the Oklahoma City Thunder. He mocked the score by including James' signature saying  "strive for greatness."

When Kanter was initially asked about the tweet, he told reporters that he wanted to focus on the Lakers' game but acknowledge his respect for the former MVP.

"He got mad at me, obviously," Kanter told ESPN, referring to the remarks he made about James in the past. "I mess with him a lot, but obviously he's the best player in the league. I respect the guy a lot. But I think right now they are struggling or whatever. I don't even think he's thinking about the tweet."

Kanter was quick say that he liked the fact that his former team dropped 148 points on the Cavs.