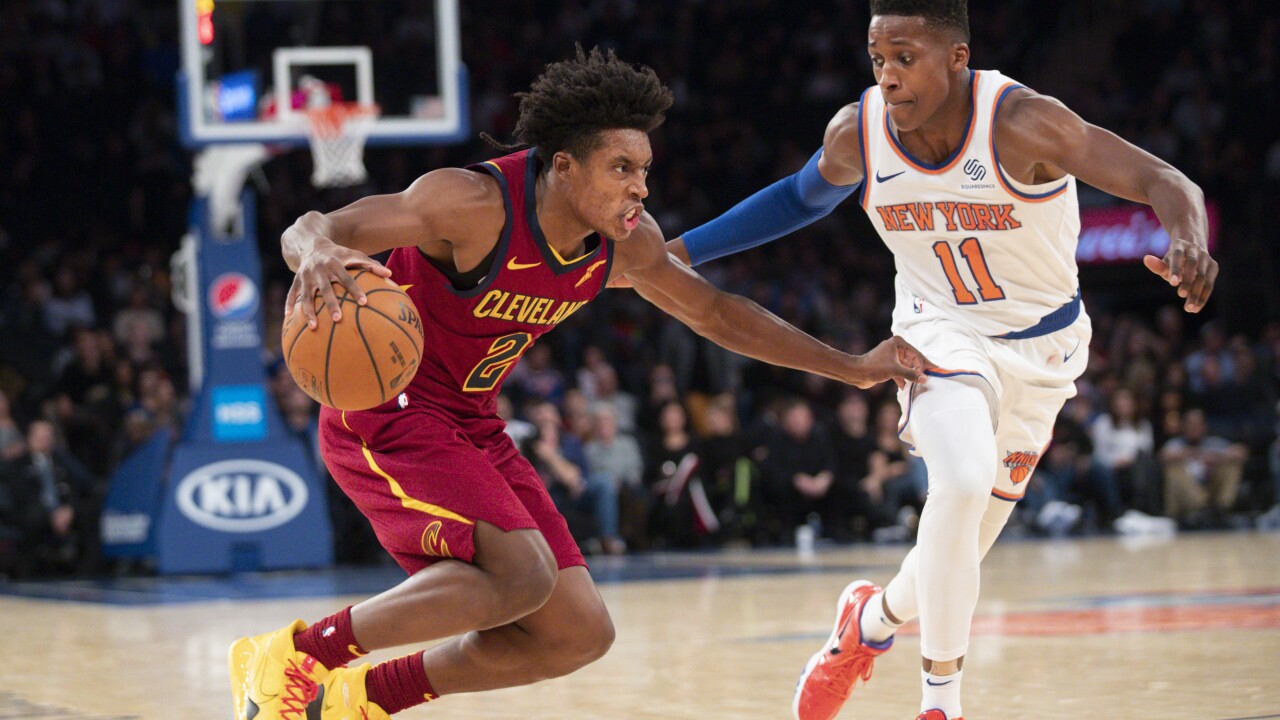 NEW YORK — On Sunday afternoon, the Browns won their game against the Buffalo Bills at FirstEnergy Stadium and then the Cavaliers did the same against the New York Knicks at Madison Square Garden Sunday evening, making Cleveland undefeated for the day.

Collin Sexton scored 31 points in the big win over the Knicks 108-87 on Sunday night.

Kevin Love and Jordan Clarkson each added 17 points for Cleveland, which now has its first winning streak of the season. The Cavaliers were coming off a 113-100 win over Washington on Friday.

The Cavaliers took a 54-36 lead into the half as Sexton led all scorers with 16 points. The Knicks struggled from the field shooting 16 for 43 in the first half, taking many contested long two-pointers.

The Cavaliers will head to Philadelphia to take on the 76ers on Tuesday night.

RELATED: The Browns' offense has felt incomplete all season. Now we know why.