So did JR Smith know what he was doing or not at the end of Game 1? 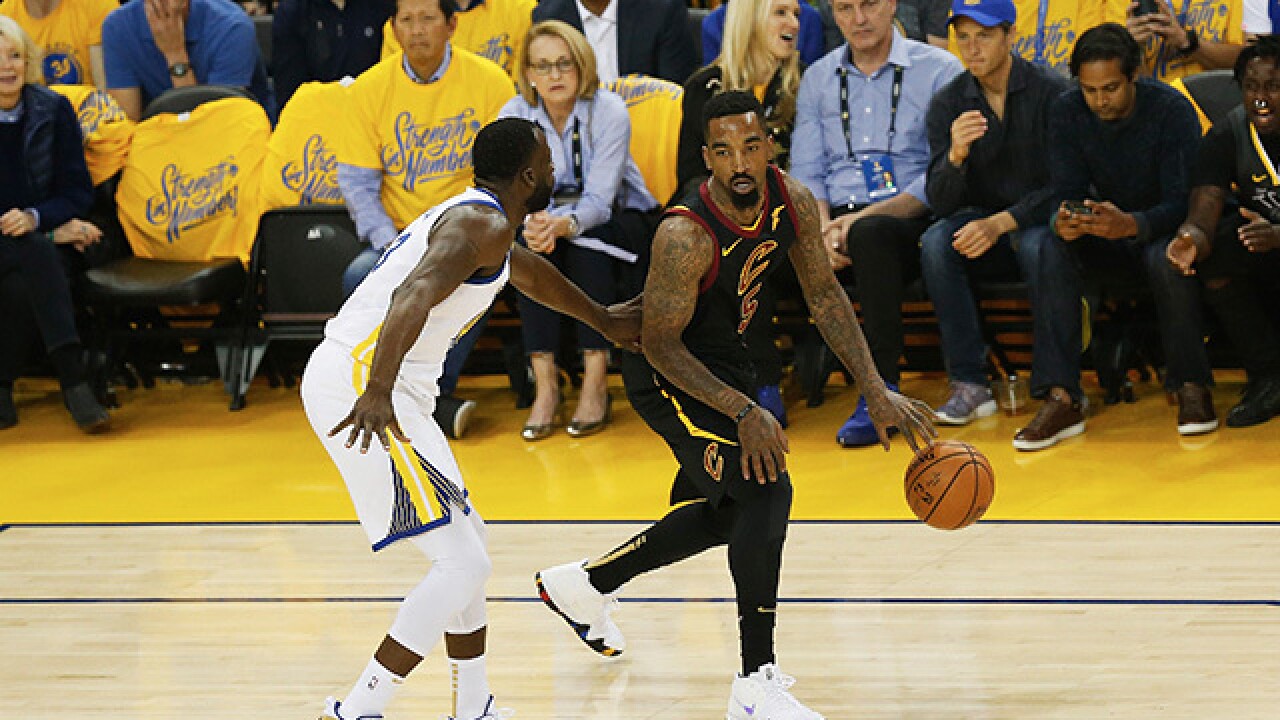 Copyright 2018 Scripps Media, Inc. All rights reserved. This material may not be published, broadcast, rewritten, or redistributed.
<p>Courtesy: Getty Images</p>

We've seen the J.R. Smith memes, GIFs and jokes all over social media. The backlash has been relentless.

RELATED: LeBron's reaction to JR Smith's blunder in the NBA Finals becomes a meme and a field day for jokes

Smith said he wasn't sure of the score at the end of regulation in Game 1. With the game tied and four seconds to go, Smith grabbed the offensive rebound and dribbled out instead of shooting or passing quickly. The game then went into overtime, which we all sadly know the Cavs lost. Smith was caught on camera telling LeBron, "I thought we were ahead."

This is different than what he originally said at the end of Game 1 on Thursday when he said he knew the game was tied at 107. He said he "might have said" he thought his team was ahead, but he's not sure, according to ESPN.

Game 1 slipped through our hands, but the Cavs are looking for some redemption in Game 2.

RELATED:  Coach Lue has not lost confidence in JR Smith, says he will start Game 2