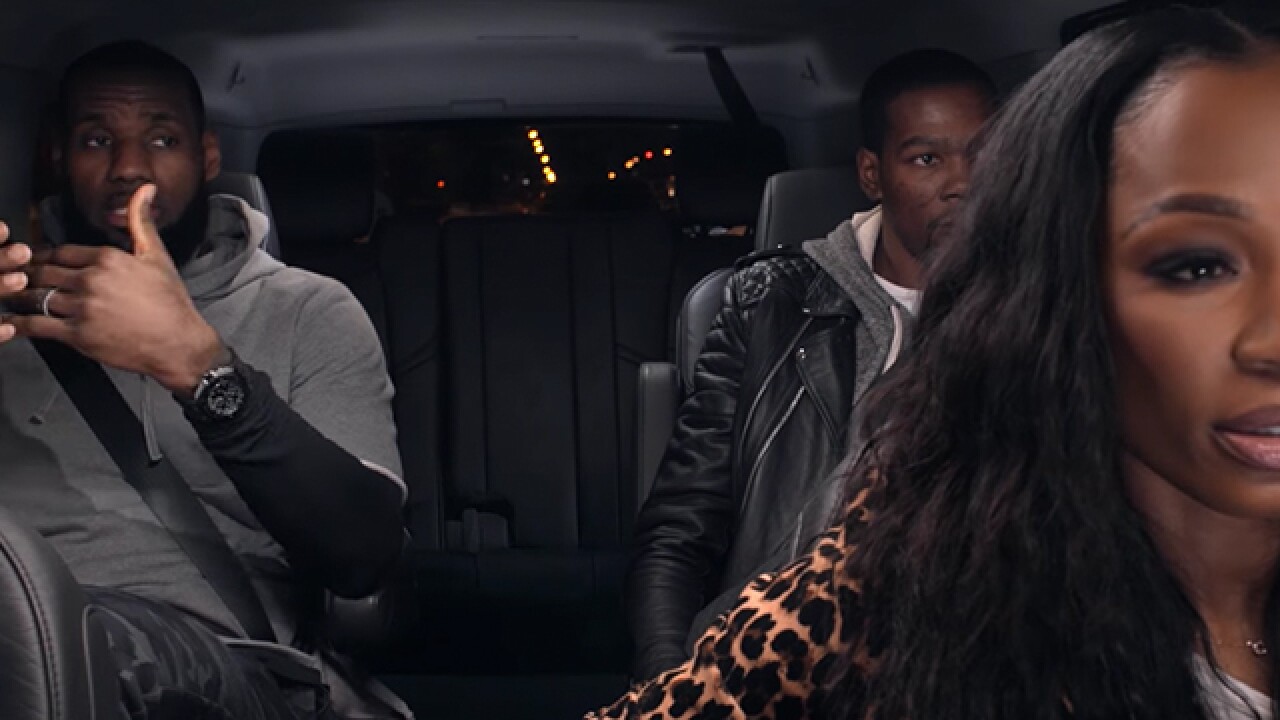 It was Jan. 14 — the night before the Golden State Warriors and the Cleveland Cavaliers had their last regular season Game.

LeBron James and Golden State Kevin Durant got candid in a ride along with ESPN's Cari Champion that was aired on James' Uninterrupted Channel.

The first stop on the ride: The Summit County Lake Community Center—a place where James first fell in love with the sport.

Ahead of Sunday's NBA All-Star game, both players said playing in the game still remains special despite James appearing in 14 games and Durant in 9.

"It's like the love comes back again. It's 24 guys each year making the All-Star team. To be one of the 24 guys, and for us to be the top, it really means a lot," James said.

Both growing up in the inner city where many don't make it out or have the same opportunities as others, James and Durant both echoed feelings of obligation and years of pressure that hasn't gone away in their careers.

"When they see this kid who has a lot of talent, they expect you to save the whole city and you don't feel it as much in the beginning but as the years go on and on, you start to feel the pressure and how many people are riding on you to succeed," James said.

"The truth of the matter is in the neighborhood people don't like greatness, they envy it and that's the pressure they feel because you want to prove them wrong so bad but at the end of the day, you're just trying to prove yourself right," Durant said.

James said the climate for athletes who want to use their platform to talk about social justice and political issues is hot. Growing up, he looked up to three people: the president, the top athlete at the time and the to the musician, noting while many people never think they can be them, they can grab inspiration from them.

"The number one job in America, the point of person is someone who doesn't understand the people and really don't give a f*** about the people," James said.

Along the ride through his hometown of Akron, they passed through Spring Hill Apartments — a place where LeBron said after years of moving around, he found stability.

Being a father to three and working with the youth in Northeast Ohio, James said the number one thing they notice is when someone cares.

Watch the full interview below: