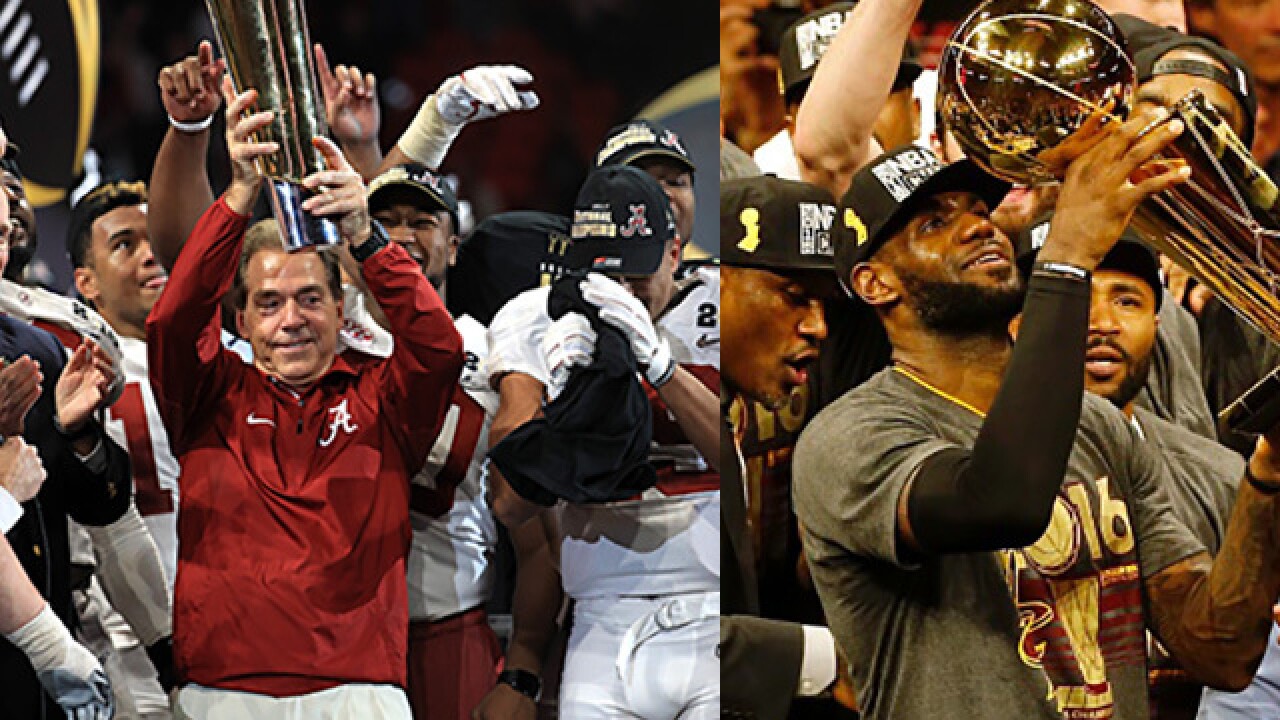 Alabama Crimson Tide's record could be a telling tale for Cleveland Cavaliers fans.

While the Cavaliers suffered a blowing loss against the Minnesota Timberwolves on Monday, Cleveland fans can latch onto Crimson Tide's record for hope and a possible prediction for how LeBron James and the entire team will fare in the 2017- 2018.

That's because when Alabama wins or loses, James seems to mirror those same results, time and time again— since 2012.

Hey Cleveland I know it’ll be a tough task but root for Bama tonight. #CFPNationalChampionship pic.twitter.com/VokkSS7fb9

With Alabama's overtime victory Monday night, it's up to the team to keep the momentum and produce winning results.

A coincidence? Of course, it seems preposterous that James' fate is tied to the Crimson Tide's future, but with another win under their belt and a Browns 0-16 season, fans in Northeast Ohio will take optimism and hope wherever it's given.