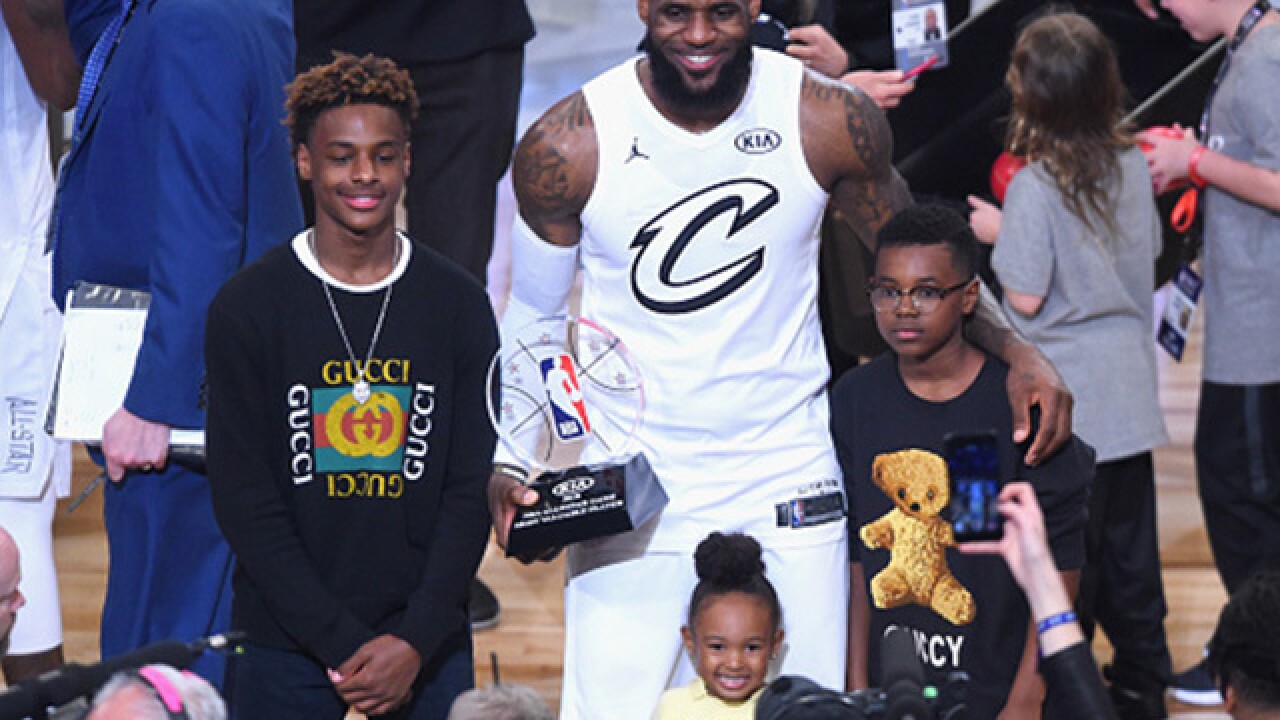 LeBron James may regret giving his son his name, but there's no doubt he doesn't regret passing along his basketball talents.

Bronny James made his first dunk warming up for a game on Sunday, and we'd bet good money LeBron was beaming with pride for his 14-year-old son.

Bronny tried to act casual and walk away like it was nothing. In his head, he probably said something like, "No big deal, I'm 14 and I just dunked with one hand for the first time." But it wasn't long before a big smile spread across his face as his teammates showed their excitement.

Bronny and his team, the North Coast Blue Chips, went on to win their National Championship in Las Vegas, a proud LeBron posted on Instagram.